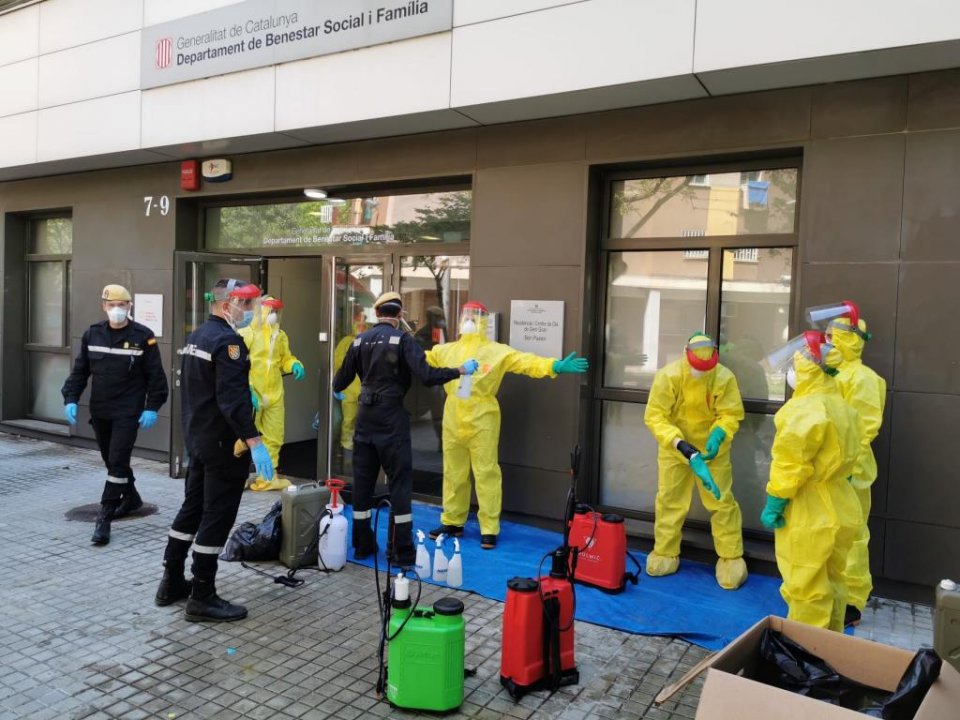 Report below updated in Spain at 18h on Monday 31 August

The latest official figure* released by the Spanish Health Ministry on Monday 31 August for the number of people who have tested positive for Coronavirus (Covid-19) is now 462,858. This is an overall increase of 23,572 against the figure released on Friday – although the ministry claims that 2,489 of these infections have occurred in the past 24 hours.

Figures released today show that 1,656 people have required hospital treatment in the past 7 days, with 133 in intensive care.

The official figures* for the total number of Coronavirus-related deaths on Monday 31 August is now 29,094 – an increase of 83 since Friday’s figures (and according to the ministry, it is a total of 141 deaths in the past 7 days).

Figures released on Friday had shown an overall increase of 9,779 infections against Thursday’s figures – with the ministry stating that 3,829 had occurred in a 24 hour period.

Thursday had seen an overall increase of 9,658 infections against Wednesday – yet 3,781 in a 24 hour period.

When Spain imposed its ‘state of alarm’ from Saturday 14 March, the Health Ministry had confirmed 4,231 known cases of Coronavirus at the time (based on figures released on Friday 13 March), with 121 deaths. By Monday 16 March, there had been a further 4,960 confirmed infections, taking the total at the time to 9,191. The death toll on 16 March had increased to 309.

Of the 2,489 new infections registered in the past 24 hours by the central Health Ministry in Spain on Monday 31 August, the numbers per region are as follows:

Benigànim in Valencia region in lockdown

The Valencia government’s health department on Monday ordered confinement for 14 days for the town of Benigànim and its 5,800 inhabitants, following an increase in the number of Coronavirus infections there.

Ana Barceló, the Valencian health minister, said, ‘The increase in cases in the last 7 days shows a significant spread of the virus in Benigànim. It has been a difficult decision, but necessary.’

The current epidemiological situation in Benigànim has shown an exponential increase in cases of the virus,  from a cumulative incidence of 34.24 per 100,000 inhabitants in the week that ended on 16 August, to an incidence of 994.46 in the last 7 days, as well as the loss of traceability of cases.

Barceló said that the significant spread of the virus ‘indicated a sustained community transmission, which is why it is necessary to adopt said temporary measures, with the aim of stopping and mitigating the risk of contagion’.

She also thanked the mayor of the town, María Amparo Canals, for ‘the permanent collaboration’ and asked for ‘maximum collaboration on the part of the citizens so that the additional measures adopted serve to recover, as soon as possible, the control of the epidemiological situation’

Restrictions come into force on Monday afternoon and entail the confinement of the whole town, the entry and exit of people except for going to the doctor, going to work, returning to the usual place of residence, taking care of the elderly, minors or dependents, or force majeure.

Circulation on roads that pass or cross the territory of Benigànim will be allowed, as long as the origin and destination are both outside of it.

Face-to-face educational and training activity is suspended in all centres and levels, including nursery schools.

During the next 14 days, the following will also be closed: social and community centres, casinos, clubs, gyms and sports clubs of all kinds, parks and gardens and also bars, restaurants and other leisure establishments, unless they provide take-away or home delivery services.

The exceptional measures also include suspending sporting events with spectators; weddings, baptisms, communions or any other social event with invited people; as well as attendance at places of worship except funerals – which are to be limited to 15 people if they are outdoors, and 10 in closed spaces.

Troops to help with tracking & tracing of infections

Valencian President Ximo Puig has also announced that he will be asking for 150 of the military contact tracers that Madrid had offered in the meeting held between the regional governments last Tuesday. Puig said the additional contact tracers would initially be working in the city of Valencia, where the largest number of cases are. Madrid, Andalusia, Castilla y León, Murcia, the Balearic Islands, the Canary Islands and Asturias are also to ask for military support for tracking and tracing.

On Friday 14 August Spain announced strict new measures on nightlife across the whole country – as well as a ban on smoking outside, where social distancing cannot be maintained – in a further attempt to stop the spread of Coronavirus (Covid-19). Each region of Spain is imposing the restrictions following their own timetable.

These are the key measures: