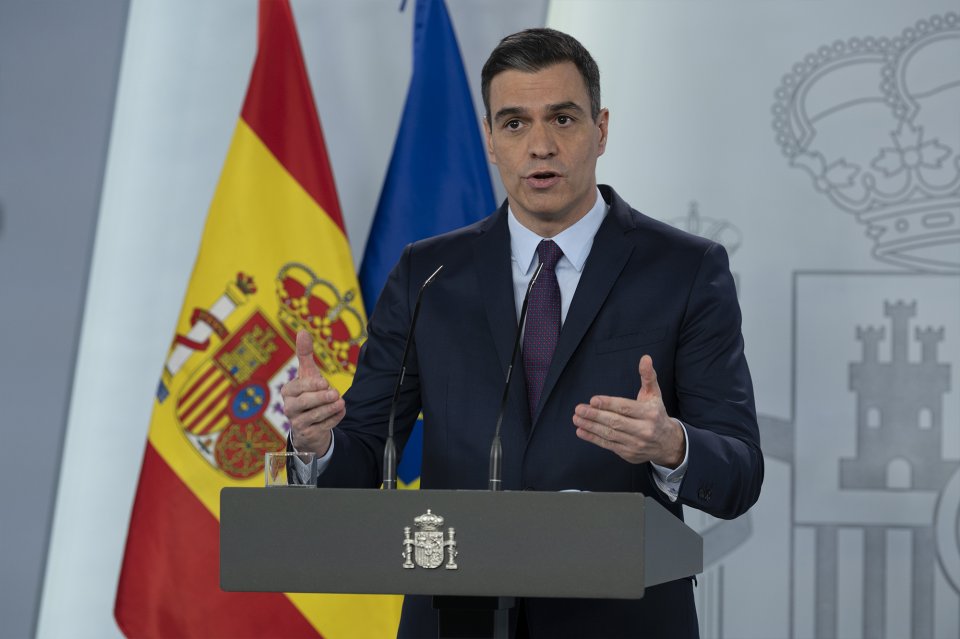 Spanish Prime Minister Pedro Sánchez has announced the possibility of ‘regional state of alarms’ in Spain for those regions that require it in order to combat Coronavirus (Covid-19) – as well as 2,000 troops to assist with tracking and tracing.

He also announced that 2,000 troops of Spain’s armed forces are going to be made available to Spain’s regional governments to assist with tasks related to tracking and tracing Coronavirus (Covid-19).

Speaking in a press conference on Tuesday following the weekly cabinet meeting, Sánchez said some territories of Spain ‘have achieved greater control and have a calmer scenario than others that have problems coping with the situation’ of Coronavirus.

‘I want to transmit a message of alert and serenity,’ he said. ‘Alert because the evolution is worrying in some territories. Serenity because we are far from the situation in March.’ Whilst admitting that the current situation was ‘worrying’, he also said that it would not ‘paralyse’ the country.

Explaining that 8.5m PCR tests have already been carried out across the country, Sánchez said he wanted to ‘recognise the effort’ currently being made by Spain’s regional authorities.

‘We are not going to allow the pandemic to take over our lives (…) We are going to bend the curve again and we have to do it together.’

During the press conference, the Spanish prime minister also spoke about ‘strengthening the digital tracking means’, calling upon the regions to adopt the new RadarCOVID app.

The app allows users to know whether they have been close to someone who tested positive for Covid-19 within the previous 14 days, using Bluetooth technology.

The app also allows the user to report that they tested positive anonymously and it also anonymously reports that to those who have been in touch with the user. To date, six regions of Spain have adopted the app.

Spain had originally commenced its national lockdown under the country’s ‘state of alarm’ for two weeks from 14 March, with measures that confined everyone to their homes apart from leaving to purchase food or medication, or to go to their place of work only if they could not perform their duties from home.

When the Spanish Congress had voted to extend the state of alarm until 9 May, it also came with the relaxation of some restrictions, specifically allowing children aged up to 14 the opportunity to take daily walks for an hour from Sunday 26 April, after 43 days confined at home.

When the state of alarm was extended for the last time until 21 June, Pedro Sánchez had announced that it would be ‘different’ and ‘lighter’ than previous times.

The regional governments of Spain regained all their powers to control the de-escalation process from Monday 8 June, the date at which many areas entered Phase Three of the four phased plan to relax the country’s lockdown restrictions. At the same time, the central Spanish government still controlled the decisions over travel between different regions.

Sánchez had also announced that after 21 June, once the final extension to the state of alarm was concluded, citizens would start to have freedom of movement across the whole country, ‘provided there was not a new increase of Coronavirus infections’.

After three months under a ‘state of alarm’, Spain entered its ‘New Normality’ phase on Monday 22 June, following on from the government’s four phased plan to relax the country’s lockdown restrictions.