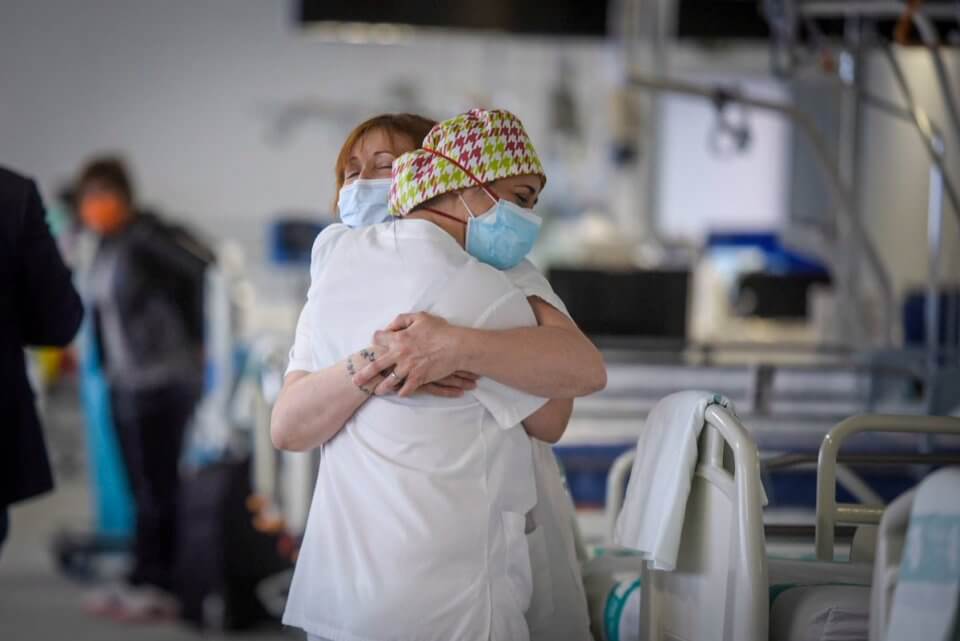 The global overall death toll from Coronavirus (Covid-19) could be around 60% higher than reported in official government figures, according to analysis by The Financial Times of overall deaths during the pandemic across 14 countries, including Spain.

According to the on-going FT analysis, the UK has now suffered the second-highest rate of deaths from the Coronavirus pandemic after Spain, after Spain recently made a revision to its mortality estimates, adding 12,000 to its toll of excess deaths from Coronavirus in a one-off adjustment to 43,000.

The absolute number of excess deaths in the UK is also the highest in Europe, and second only to the USA in global terms, according to data collected by The Financial Times.

The official figures released for deaths in Spain due to Coronavirus (Covid-19) by the central Health Ministry each day only include cases where the deceased have been tested positive for the virus – and primarily at hospitals. That figure in Spain released on Thursday 28 May was 27,119.

However, across Spain there are people who have become infected with Coronavirus and who have died without being tested. They might have passed away at home, or at care homes and not at hospital – and therefore they are not included in the official statistics.

This has also been one of the issues during the Coronavirus crisis between Spain’s central Health Ministry and the way that data has been collated and sent in from some of the regions in Spain.

In Catalonia, for example, the regional health department had only previously included figures for those who had died in hospitals – but then changed it to include figures for those who have also died in nursing homes, social health centres or elderly residences, as well as at home. But these figures are often not included by the Health Ministry for lack of test verification.

During April, the Spanish government published an order in its Boletín Oficial del Estado (BOE) to clarify the criteria that had to be used. A victim could only be counted in the death tally if they had tested positive for Covid-19 via a PCR (polymerase chain reaction testing) or rapid test. The same applied to confirmed infections.

Salvador Illa, the Spanish Health Minister, said at the time that, ‘Spain is following a very strict definition of cases in line with international authorities, including the World Health Organization (WHO) and the European Centre for Disease Prevention and Control (ECDC). Anyone who tests positive for Covid-19 and then dies is considered a Coronavirus fatality.’

Excess mortality is a term used in epidemiology and public health to define the number of deaths which occur during a given crisis above and beyond what would be expected under ‘normal’ conditions, and comparing the same time of the year to previous years – also taking into account heat waves and annual ‘flu seasons’.

It is calculated by counting everyone who has died in a country and subtracting the average number of people who passed away over the same period in the past five years.

The best estimates for excess mortality in Spain are provided by the regional civil registries, who send their figures to the Carlos III Health Institute (ISCIII). The ISCIII’s Mortality Monitoring System (MoMo) has issued reports for excess mortality on a daily basis since 19 March and they can be found by clicking here.

Excess mortality figures might also include deaths ‘indirectly’ caused by Covid-19 – for example, people who have died from other causes but could not receive ‘normal’ care or treatment because the health system was overwhelmed during the pandemic. Or deaths of people from other causes in confinement who have delayed visiting a hospital or doctor for different reasons.

At the same time, deaths from traffic accidents are currently at very low levels due to lockdown measures. It also means that the true number of deaths caused by Covid-19 could be even greater.

The true impact of Coronavirus (Covid-19) on mortality in Spain might only be possible to analyse in full when the National Statistics Institute (INE) release its full population data on an annual basis.

Coronavirus in Spain figures (29 May)