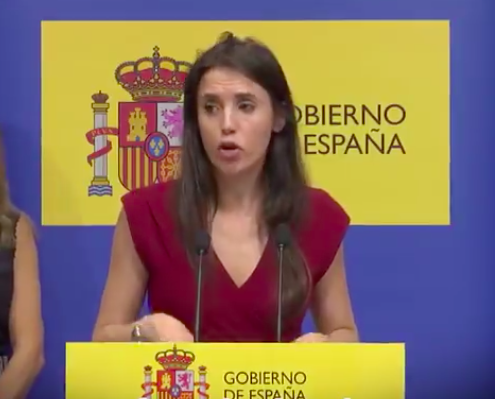 The Catalan government has announced on Friday that all brothels are to be closed over concerns that prostitution could further contribute to Coronavirus (Covid-19) outbreaks. The region of Castilla-La Mancha is to also close brothels.

The decisions follow a petition by Spain’s Minister for Equality, Irene Montero, who has sent a letter to all regional governments asking to take exceptional measures against prostitution businesses.

Brothels, Montero said, could cause ‘a potential rise of positive cases that are difficult to trace’.

Spain’s central Health Ministry has already called on the regions to enforce measures and controls to combat the further transmission of Coronavirus – although the Health Minister Salvador Illa did not specifically mention brothels when he announced last Friday the closure of nightclubs and bars across the country.

Castilla-La Mancha will also be closing brothels in the region when it announces a range of new measures on Saturday aimed at slowing the spread of Coronavirus.

Spain’s United Left (IU) party in the region had called for the immediate closure of brothels following an outbreak of Coronavirus in a brothel in Alcázar de San Juan, in the province of Ciudad Real.

Montero has said that the fight ‘against sexual exploitation and the pimp industry’ is a priority for her department, and in addition, ‘brothels must be closed for public health reasons and especially to protect women in prostitution’.

The regions of Spain are responsible for closing or limiting the opening hours of brothels in their areas. Most of these establishments are registered as hotels and are not affected by the current measures to close music bars, nightclubs and discos.