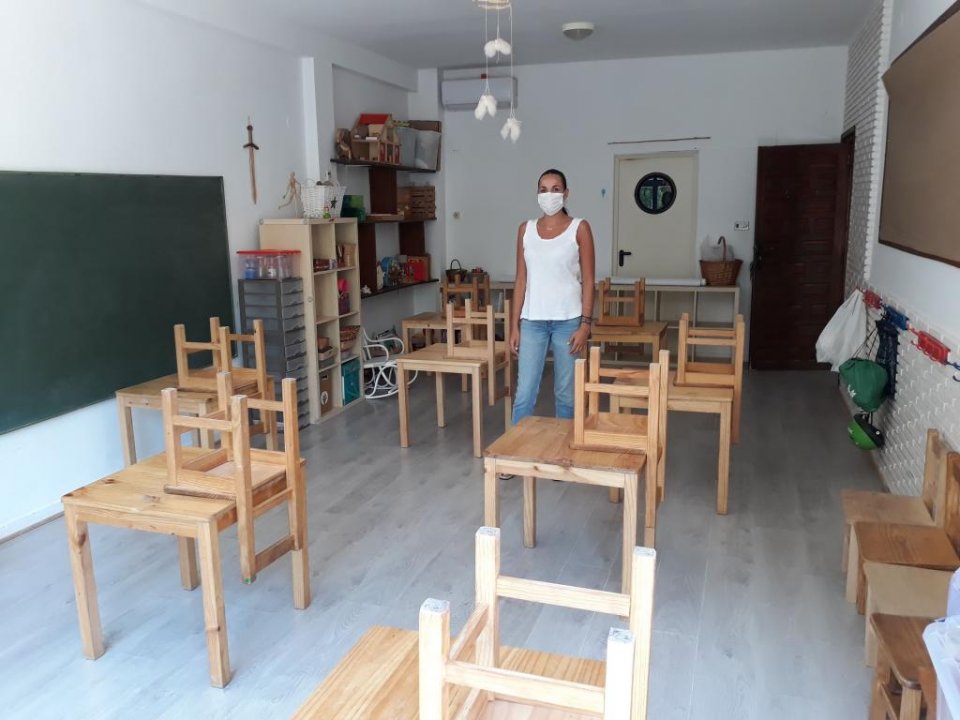 Back to school … eventually

There’ll be a few more days’ holiday for some students after Valencia’s education minister, Vicent Marzà, announced the return to school will now be staggered from 7-11 September.

The announcement comes a day after the Education Ministry in Madrid set out a list of 29 key measures for returning to school.

Valencian students of all ages – from infants to Bachillerato – had been expecting to be back in the classroom on 7 September, but following a meeting on Friday morning of the ‘Foro Educativo Valenciano’ (made up of representatives from parents’ associations, teaching unions, students, headteachers, semi-private schools and the education department), it was decided that giving schools the staggered option would be best.

Marzá said, ‘We feel that those centres which need to have a staggered return to school between 7-11 September should have the flexibility to adapt to their circumstances, given that the management teams and staff are the ones who know their situation best.’

Valencian education secretary, Miguel Soler, added: ‘Some will decide that all students go to class on 7 September, because the circumstances are suitable, like in a small centre or a CRA – (a ‘Colegio Rural Agrupado’, which have fewer students and are spread between several villages) – and others will choose to begin by groups or by educational levels, little by little, because they feel it is best in their context.’

Soler reiterated the point that everyone must take their temperature at home before going to school – teachers, students and other school workers. He said, ‘If anyone has a temperature, they must not go to school and should contact their health centre, for the good of everyone.’

Earlier in the week COVAPA, the Valencian confederation of Ampas (parents’ associations) had called for families to be given the choice between presential and online classes, supporting the platform ‘Libre Elección Educativa en la Comunitat Valenciana’.

But speaking to Cadena Ser radio station, Soler ruled out having a dual system where some students studied at school and others worked online, as this would need double the number of teachers. So, he said, there is no choice but to trust that the measures being taken are enough, and be clear that a zero risk option does not exist.

On Thursday Marzá had said that there would be online classes for those students who found themselves in quarantine and those considered to be at risk and therefore unable to attend school. But he also reiterated what his colleague Soler had already said, that education is compulsory up to the age of 16.

Soler said schools would act like any other work situation and that a separate room would be set aside to isolate any possible Covid-19 cases. The health department would then be informed and act accordingly. In the event of a positive case, contact tracing would be carried out and the possibilities of closing a classroom – or several classrooms, or even the whole school – would also be considered.

He said that if a class or a school was to be closed, the education department is also making online education more comprehensive, direct and accessible.

To this end new online platforms are being prepared while existing ones are being perfected. And to avoid a possible digital divide, the education department has acquired enough tablets for each student who doesn’t have access to a computer.

In the Valencia region schools have also received extra supplies of face masks, hand sanitisers and protective screens. Also, 4,600 more teachers have been recruited and 3,000 more catering staff have been employed.

Soler explained what would happen in dining halls and on school buses. At lunchtime, he said, dining halls could be used for two or more of the so-called ‘bubble groups’, with adequate separation between them. And in centres where this wasn’t possible, the health department has approved some classrooms to be used as dining halls, with a series of measures and conditions. Another option open to schools was to have several sittings.

Soler said that transport on school buses, another worry for parents, has been approved by the health department for normal use, provided that face masks are worn at all times. The exception of those students who, for some physical reason, are unable to wear a mask, is that they would be able to sit at a space provided for them at the back of the bus. Even so, Soler added, more school bus routes have been put in place.

On Monday the Valencian region recorded 393 new positive cases and three deaths since the previous update last Friday. The majority (279) of the cases were in the province of Valencia, with 17 in Castellón and 97 in Alicante.  There were 18 separate outbreaks of which 11 were related to socialising. There were 562 all-clears.

Tuesday saw a further 772 new cases with 25 new outbreaks. Valencian health minister, Ana Barceló said, ‘These figures reflect the efficiency of the health system in the early detection of new infections and the contact tracing, but the health alert remains and we must not let our guard down.’

On Wednesday there were another 829 new positive cases, one death and 459 all-clears. There were 26 new outbreaks and Barceló said that 40% of cases detected were asymptomatic.

Given the continued levels of virus in the capital (33% of outbreaks) the ban on visits to residences and the limit on meetings of friends and families will be extended for an extra 14 days in the Valencian Metropolitan area.

On Thursday the Valencia region also took the decision to join the RadarCOVID track and trace app, although Barceló wouldn’t say when it would be operative.

On the same day Valencian President Ximo Puig announced that he would be asking for 150 of the military contact tracers that Madrid had offered in the meeting held between the regional governments on Tuesday.

Puig said the additional contact tracers would initially be working in the city of Valencia, where the largest number of cases are.

On Friday there were 690 new cases, three deaths and 441 all-clears.

Also on Friday Barceló announced a new Coronavirus awareness campaign planned by her department which will use testimonials from people aged between 19-45 who have already suffered from the illness. The aim is to make people aware of the need to continue following hygiene and safety recommendations and bring home the message that our health is also the health of others.