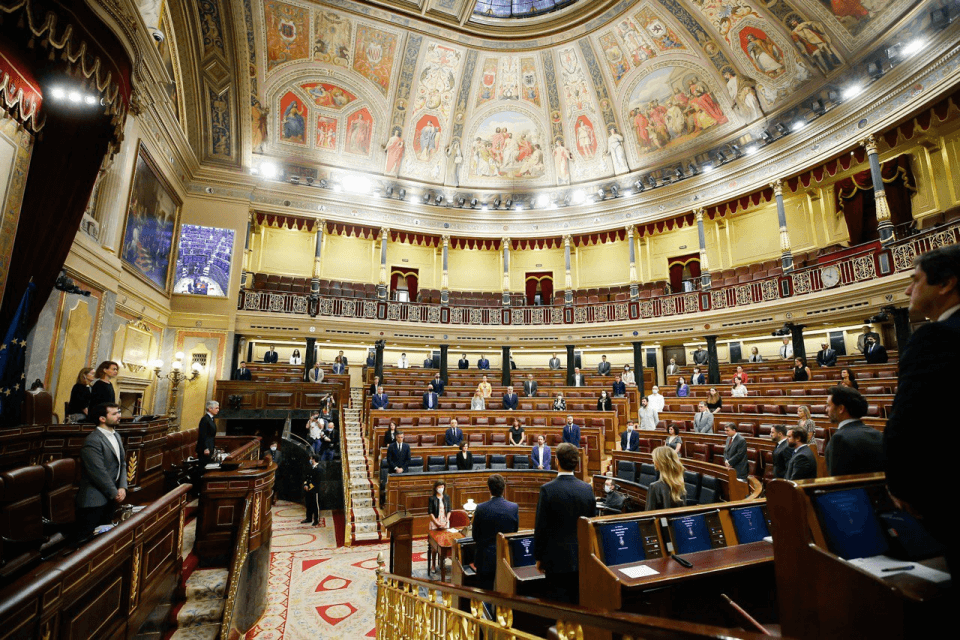 The Spanish Congress has voted to extend the current ‘state of alarm’ in Spain for a final time until 21 June. There were 177 votes in favour, 155 against, and 18 abstentions.

The right-wing People’s Party (PP), far-right Vox, and the Catalan pro-independence Junts per Catalunya (JxCat) and CUP parties all voted against the extension.

It is the sixth time that the ‘state of alarm’ has been extended – and it will now remain in place to see out the end of the country’s lockdown restrictions being lifted through the government’s four-phase de-escalation plan. That plan commenced on 4 May and will continue until towards the end of June, when the country hopes to return to a ‘new normality’.

Last Sunday Spanish Prime Minister Pedro Sánchez announced that this final extension would be ‘different’ and ‘lighter’ than previous times.

Sánchez said that the regional governments of Spain would regain all their powers to control the de-escalation process from Monday 8 June, the date at which many areas should be in Phase Three – although the central Spanish government would still control travel between different regions.

He had also announced that after 21 June, once the final extension to the ‘state of alarm’ has been concluded, citizens would start to have freedom of movement across the whole country, provided there is not a new increase of Coronavirus infections.

Each extension of the ‘state of alarm’ has required a vote in the Spanish Congress and just a simple majority – more yes votes than no votes.

On 20 May, when the Spanish Congress had voted for a fifth time to extend the ‘state of alarm’ until 7 June, there had been 177 votes in favour, 162 against, and 11 abstentions.

The vote had succeeded with the support of Ciudadanos (Cs) and the Basque Nationalist Party (EAJ-PNV), as well as the Coalición Canaria.

At the time Sánchez had originally wanted to extend it for a whole month, until later in June. Each time the ‘state of alarm’ had been extended previously, it had been for two weeks at a time. For the 20 May vote, Sánchez changed the plan from a month to a two week extension in order to secure the support of the Ciudadanos (Cs) party, led by Inés Arrimadas.

Throughout the Coronavirus pandemic the Spanish government has received fierce criticism from the opposition for the prolonged ‘state of alarm’ in the country – with Pablo Casado, leader of the right-wing People’s Party (PP), accusing Sánchez of overstepping his powers as prime minister.

We are currently updating this report.

On 20 May the Spanish Congress voted for a fifth time to extend the ‘state of alarm’ in Spain until 7 June. There were 177 votes in favour, 162 against, and 11 abstentions.

For the previous vote in Congress on 6 May, the PSOE-Podemos coalition government of Sánchez also had to rely on last minute deals with the Ciudadanos (Cs) party and the Basque Nationalist Party (EAJ-PNV) to secure the fourth extension.

Votes in favour of the extension that time were 178, with 75 voting against, and with 97 abstentions. The right-wing People’s Party (PP) abstained in the vote. The Catalan pro-independence parties and the far-right Vox party had voted against.

Spain originally commenced its lockdown for two weeks from 14 March, with measures that confined everyone to their homes apart from leaving to purchase food or medication, or to go to their place of work only if they could not perform their duties from home. After one week, these initial measures were then extended until 12 April, for a second time until 26 April, a third time until 9 May, a fourth time until 23 May, then a fifth time until 7 June. It has now been extended for a sixth and final time until 21 June.