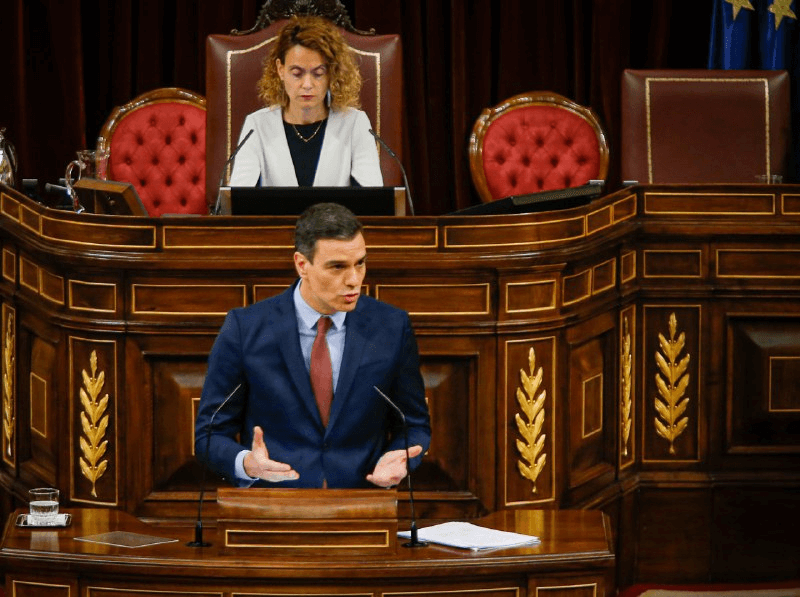 Report below updated in Spain at 19.30h on Wednesday 6 May

The Spanish Congress has voted to officially extend the ‘state of alarm’ lockdown until 24 May. Votes in favour of the extension were 178, against 75, and with 97 abstentions.

It is now the fourth extension of the lockdown that first started on 14 March.

The coalition (PSOE–Podemos) government of Prime Minister Pedro Sánchez succeeded in the vote with the support of the Ciudadanos (Cs) party and the Basque Nationalist Party (EAJ-PNV). The right-wing People’s Party (PP) abstained in the vote. The Catalan pro-independence parties and the far-right Vox party voted against.

The ‘state of alarm’ lockdown will continue until 24 May whilst Spain also continues with the ‘four phase de-escalation plan’ of gradually lifting lockdown restrictions, depending on the progress of each region. Full details of the four phases can be found here: Lifting of lockdown in Spain – full details of all phases.

See ‘Debate in Congress’ below.

The latest official figures* for Coronavirus (Covid-19) released by Spain’s Health Ministry in Madrid at 11am on Wednesday 6 May confirm that 25,857 people have now died from the pandemic in Spain, up by 244 on yesterday.

Official figures released daily by the Spanish Health Ministry are for the total number of people who have tested positive for Coronavirus only through a PCR test (polymerase chain reaction). That figure for Wednesday 6 May is 220,325 – an increase of 685 over yesterday.

Tuesday’s figure for the increase in infections tested only through PCR had been 867 over Monday. Monday’s comparative figure had been 356 over Sunday. Sunday had been 838.

Spain officially commenced Phase Zero of the government’s ‘four phase’ de-escalation plans to lift the current Coronavirus lockdown restrictions from Monday 4 May. It has now become compulsory to wear face masks on all public transport in Spain.

We have published all the key rules and guidance regarding the Four Phases of the Spanish government’s plans for the lifting of lockdown measures in a separate report. It is being regularly updated when new measures are officially announced. The report can be found here: Lifting of lockdown in Spain – full details of all phases

The Spanish Congress has voted to officially extend the ‘state of alarm’ lockdown until 24 May. Votes in favour of the extension were 178, against 75, and with 97 abstentions.

It is now the fourth extension of the lockdown that first started on 14 March.

The ‘state of alarm’ lockdown will continue until 24 May whilst Spain also continues with the ‘four phase de-escalation plan’ of gradually lifting lockdown restrictions, depending on the progress of each region.

The session in the Spanish Congress on Wednesday started with a minute’s silence for the victims of Coronavirus.

In his opening address, Spanish Prime Minister Pedro Sánchez announced that Spain would have an official period of mourning once the majority of the regions were in Phase One of the de-escalation plan.

He also said that once the country reached the phase of the ‘new normality’, there would be an official public memorial held for the victims.

Sánchez said on Wednesday morning in Congress that ‘there aren’t any absolutely correct decisions’, but that ‘ignoring the risk posed by the pandemic’ and ‘lifting the state of alarm now would be an absolute, total mistake and unforgivable’.

Last week the Spanish prime minister announced that his government had been responding to the requests from Spain’s regional governments, and that it was allocating a special fund of €16bn for the regions. From that total, €10bn would be to support healthcare, €1bn on social welfare and €5n to help the economic recovery.

The government succeeded in today’s vote with the support of the Ciudadanos (Cs) party and the Basque Nationalist Party (EAJ-PNV).

The right-wing People’s Party (PP) abstained in the vote. The Catalan pro-independence parties and the far-right Vox party voted against.

During the last debate held in the Spanish Congress on 22 April to extend the lockdown until 9 May,  Sánchez had received fierce criticism for his government’s handling of the Coronavirus crisis.

Pablo Casado, leader of the main opposition party, the right-wing PP, had previously demanded that Sánchez should ‘apologise for his mistakes’ and that the Spanish people were fed up with the government being full of self-pride, ‘incompetence and lies’.

‘Do you think that by not counting the dead [from Coronavirus], that they disappear like when children cover their eyes?’ Casado had said in the last debate to extend the lockdown. ‘Why do you hide the deceased? Why don’t you publish the actual figures? Why do you not recognise any of your errors?’

Casado stated earlier this week that ‘as things currently stand’, his party would not support the lockdown extension. Today in Congress Casado said that Sánchez himself was an ‘absolute mistake’. The MPs of PP finally abstained in this afternoon’s vote.

Inés Arrimadas, leader of the Ciudadanos (Cs) party, announced on Tuesday evening that her MPs would be voting in favour of the extension, but with some conditions.

Arrimadas insisted that the government reports weekly on the progress of the de-escalation with her party.

The decision of Arrimadas to support the government quickly led to two of its senior members leaving the Cs party: current MP Carina Mejías and former MP Juan Carlos Girauta.

On Wednesday morning the Basque Nationalist Party (EAJ-PNV) also confirmed its support, in exchange for obliging Spain’s central government to agree upon the de-escalation of lockdown measures with regional governments.

For the first time during the Coronavirus pandemic, all three Catalan pro-independence parties – the Esquerra Republicana (ERC) party, Junts per Catalunya (JxCat) and CUP parties – all voted ‘No’ to the extension.

Santiago Abascal, leader of Spain’s far-right Vox party that also voted against the extension today, had previously accused Sánchez of being responsible for ‘the worst health management’ in the world against Coronavirus.

With the relaxing of restrictions for children from Sunday 26 April – after 43 days confined at home – they were allowed out for an hour accompanied by a parent, guardian or elder sibling. From Saturday 2 May – after 48 days in confinement – adults across Spain were allowed out to walk and exercise during set time slots. Now Spain is in the initial Phase Zero of the Spanish government’s ‘four-phase de-escalation plan‘ to relax lockdown restrictions over a maximum 8-week period.

Latest figures released this week show that the number of unemployed people in Spain is now 3,831,203 – representing an increase of 7.87% and 282,891 more people during April.

But the data still doesn’t include those who have temporarily lost their jobs as their employers are still paying their social security contributions under the scheme known as a Temporary Employment Regulation File (ERTE).

There have been several very frightening predictions about the impact the coronavirus lockdown will  have on Spain economy, ranging from 8 percent drop in GDP by the IMF to 13.6 percent by the Bank of Spain.

Tourism and the hospitality sector are the worst affected, providing 12 percent of Spain’s GDP and almost a fifth of jobs.

Last week it was also reported that Spain’s GDP fell by 5.2% in the first quarter of 2020 compared to three months before.

According to figures released by Spain’s Statistics Agency (INE) last Thursday, the quarterly drop was of 4.1% on last year.

This is the biggest GDP decrease since 1970, the first year that INE records for this data wee available.

The drop in the first three months of 2020 is significantly more dramatic than any single quarter of the years after the 2008 financial crisis. The biggest fall during that period was the first quarter of 2009, when Spain’s GDP was 2.6% less than three months before.

Coronavirus in Spain full update (5 May)

Coronavirus in Spain full update (7 May)