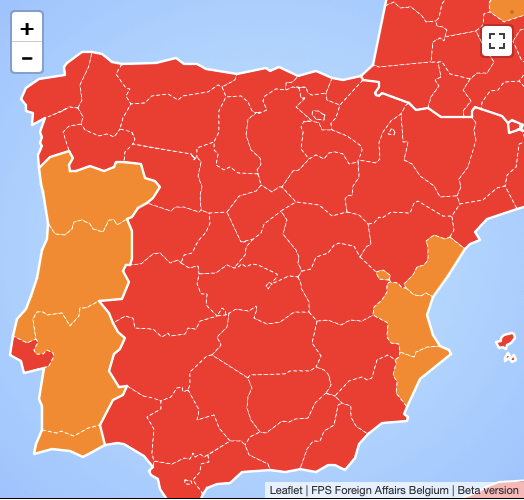 ‘We cannot look the other way. Machismo must be detected, combatted, and eradicated,’ This is the strong message from Valencian president Ximo Puig, following news this week that six young men have been detained after a 14-year-old girl was allegedly gang raped last weekend.

The alleged attack took place during a party in an inland town in the Valencia province in the early hours of Saturday morning, according to information given by the victim to the Xátiva police, who are investigating the case.

The news comes in the same week that figures were released showing that Valencia has one of the highest rates of domestic violence in Spain per 10,000 women, at 17.6 – when the national average is 13.8. Only the Balearic Islands, 23, the Canary Islands, 19.6, and Murcia, 18.3, have higher rates.

The figures come from the Observatorio Contra la Violencia Domestica y de Genero del Consejo General del Poder Judicial (CGPJ), who have also published results on domestic violence during the pandemic, which showed a sharp fall. During April-June this year, there were 4,958 cases reported compared with 5,850 during the same period of 2019, a fall of 15.2%. This doesn’t necessarily mean there has been less domestic abuse, but rather that the victims were unable to report it due to being in lockdown often with their aggressor.

For young people in the UK, going away to study at university is a rite of passage, enjoying student living and making the most of freshers’ week. Unsurprisingly, in a pandemic situation it’s hardly surprising that just a few weeks after returning to campus, thousands of students across the UK are already in lockdown in their new student digs.

Here in Spain, however, going away to uni is far less common and most youngsters stay at home with their parents and go to the local university. However, this is not always possible and some students do need to study away from home, and this week the health department had to test around 700 students at the Galileo Galilei residence at Valencia’s Polytechnic University after four students were confirmed to have Coronavirus on Thursday morning.

By the end of Thursday that figure had already risen to 10. The outbreak has come after an Ibizan style party was organised on the rooftop of the building last Saturday, without the permission of the centre, to welcome new students. One partygoer told Valencia Plaza that Coronavirus safety measures of social distancing, wearing face masks and not smoking had been flouted. The same partygoer also said that smaller gatherings in student rooms were also common.

The centre has contacted families of those infected and have said they will be given food in their rooms.

Belgium has removed the Valencian region from its red list of destinations from where returning travellers have to quarantine.

This is thanks to the reduction in infections in the region and the tourism industry, which relies in a large part on the British market, will be hoping the UK government soon takes a similar decision.

Following the decision this week, Belgium will stop requiring travellers to quarantine or take a PCR test on returning from Valencia and the Canary Islands.

The reason for Belgium’s decision can be seen by the figures which, according to the health department on Monday, were the lowest in the country at just 37.29 per 100,000 of population during the previous seven days.

Valencian health minister Ana Barceló said: ‘Although the numbers are optimistic, we must not let our guard down and we have to continue complying with all the safety measures to stop the virus spreading.’

On Wednesday Barceló showed her support for the new measures being brought by the central Health Ministry in Madrid, following an agreement reached between the Spanish government and the country’s 17 regional governments at a meeting of the Inter-territorial Council of the National Health System. New restrictions are to be applied to communities that exceed 500 cases of Coronavirus per 100,000 inhabitants, have a positivity rate in tests higher than 10% – and an occupation of Covid-19 patients in intensive care units (ICUs) of above 35%.

‘It is important that decisions are taken in a coordinated way between all the autonomous regions,’ said Barceló.

Intensive care units (ICU) and hospital beds with Coronavirus patients are down 10% on last week, according to Valencia’s regional health department. As of Friday there were 402 hospitalised patients, of which 66 were in ICU. By provinces there were 65 in Castellón with eight in ICU, 128 in Alicante with 35 in ICU and 209 in Valencia with 23 in ICU.

Castellón showed its ecological side last weekend with a beach cleaning day on Saturday at the Gurugú beach, and the release of a turtle into the sea on Sunday at the Serradal beach.

There were 50 people each day, to comply with Covid-19 rules, and the event was organised to coincide with World Maritime Day – with the aim of raising awareness of the need to protect biodiversity and ecosystems, reduce the amount of waste produced and mitigate its impact on the marine environment.

It was organised by the council department for Ecological Transition along with the company Itinerantur.