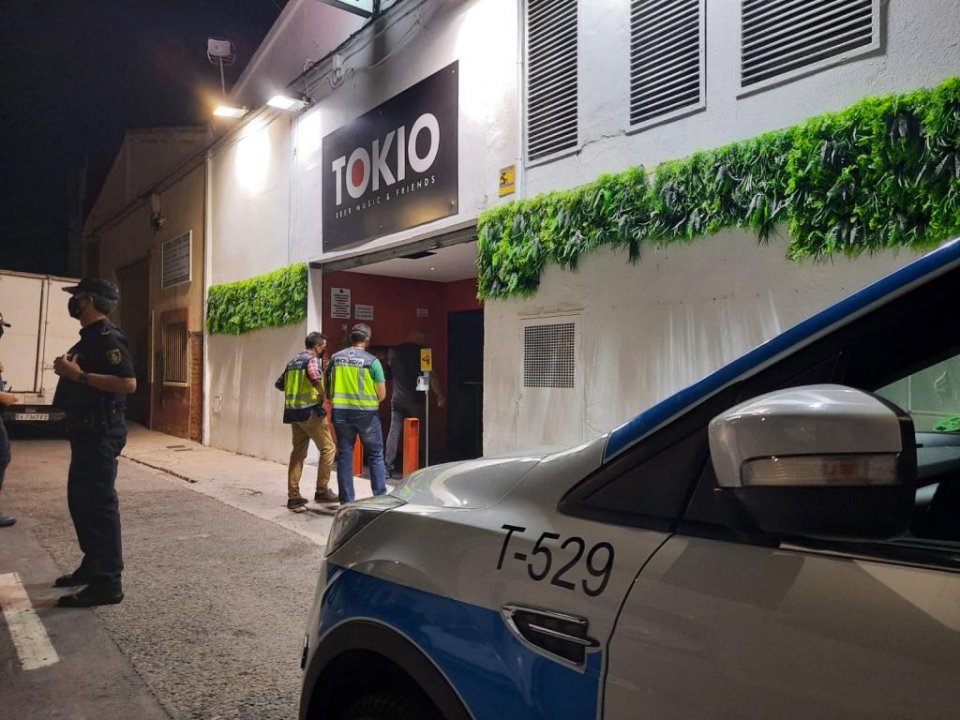 The city of Valencia had already announced nightlife curfews before the Spanish Health Minister, Salvador Illa, announced on Friday that stricter measures are to be shortly imposed across the whole of Spain.

On Thursday, the Valencian government’s health minister, Ana Barceló, had said that a curfew of 1.30am for nightclubs, bars and restaurants was being introduced, as well as a crackdown on botellones, a maximum of 15 people in private social gatherings, plus a ban on visits to residential care homes.

Some of these measures have already come into force – but it now seems that the stricter national restrictions will be imposed ‘in the next few days’ following the ‘unanimous agreement’ by all Spain’s autonomous communities.

Barceló has said that the stricter measures are ‘one more step in the prevention and containment’ of Coronavirus.

You can read the key details here: Spain imposes strict new measures on nightlife across the country

The Valencian health department revealed on Monday that 67% of the 629 new positive cases registered during last weekend were asymptomatic.

There were 18 new outbreaks, of which 17 were in the province of Valencia, one in Castellón (Oropesa del Mar) and none in Alicante.

Of the 17 outbreaks in the Valencia province, 12 were in the city of Valencia itself, with one each in Bolbaite, Requena, Gandia, Manises and Museros. All were related to socialising except one outbreak in Valencia which was work-related and the outbreak in Gandia which was hospital-related. There were 353 all-clears.

Two outbreaks were work-related, three were leisure-related, two holiday-related and all the rest related to socialising. Ana Barceló said that the majority of patients in hospital were over 35 years old and almost 43% over 65.

On a positive note she said that the current amount of hospitalised patients represents less than 10% of what it was during the peak of the pandemic. However, she asked people to enjoy their holidays safely without letting down their guards. There were 129 all-clears.

Two outbreaks were leisure-related, three were holiday-related, one was work-related and the rest related to socialising. There were also 358 all-clears.

A further 358 people tested positive for Coronavirus on Thursday while there were 255 all-clears.

There were 18 new outbreaks, nine in Valencia city and others in Mislata, Picassent, Torrevieja, Buñol, Pinoso, Meliana, Sagunto, Burjassot and Paterna. The outbreaks in Buñol, Paterna and one in Valencia were work-related, while one outbreak in Valencia was leisure-related. All the rest came from socialising.

On Friday there were 485 more positive cases and 264 all-clears.

There were 13 new outbreaks: three in Valencia, two in Orihuela, with one each in Peñiscola, Vianròs, Dénia, Fuenterrobles, Massamagrell, Aldaia, Castelló de la Plana and Ibi. All were related to socialising, except two which were work-related.

Valencia’s autonomous police (the Policía de la Generalitat), the local police, the Guardia Civil, as well as Spain’s National Police were out in force for a second weekend running in the main touristic spots of the region, not only inspecting bars, pubs and clubs but also checking those congregating outside venues.

During the weekend the Generalitat police inspected 158 establishments and issued 33 sanctions and 48 fines for breaking the compulsory face mask rule.

They carried out 66 inspections in the Valencia province, in Valencia, Cullera and Gandia and issued nine sanctions.

In the Alicante province there were 10 sanctions from 60 inspections in Alicante, Elche, Sant Joan d’Alacant and Benidorm.

In Castellón 14 sanctions were issued after 32 venues were inspected in Benicarló, Alcossebre, Torreblanca, Peñiscola, Benicàssim and Castelló de la Plana.

Councillor for Justice, Interior and Public Administration, Gabriela Bravo, highlighted the ‘good results’ of the co-ordination between the different security forces which ‘has allowed the efficiency of controls to be multiplied’.

Given that 48% of new infections are related to gatherings of friends and family, Bravo said, ‘Leisure is a fundamental part of people’s lives,’ but added that it was fundamental ‘to learn to enjoy ourselves according to the health norms that the pandemic imposes on us.’

Bravo called for co-responsibility so that ‘between us all we can enjoy a safe summer and avoid a dramatic autumn’.

In the Tweet below from the Valencian government, you can see a short video of a police operation to inspect venues that was carried out on 2 August:

An Alicante nightclub is facing one of the most serious penalties for breaking Coronavirus health rules on dance floors. A police raid last weekend saw 66 people escorted from the premises of the club in Calle de Las Artes Gráficas where the dancefloor was open for use.

According to the EFE news agency, a second nightclub in the city’s port area had to be evacuated during the week as there were more than 40 people on the dance floor, not maintaining social distancing and many without face masks.

Is it fair to blame the young?

The figures show that the 15-34 age group account for half of all new infections since the end of the state of alarm and the start of the ‘New Normality’ – but not all young people are irresponsible.

I met this group of youngsters who were sat together in our communal garden and were all wearing face masks.

But, although they said they always wear them, they agreed that they were not the norm and that many young people don’t, especially at the beach or around the swimming pool.

One of the youngsters, who lives in Madrid and had experienced confinement there, said: ‘In Madrid everyone wears them.’

Filming got underway last weekend for the promotional campaign Necesitas Costa Blanca in some of the region’s most emblematic spots.

As we reported last week, tourism organisations and businesses are redirecting their efforts and aiming to attract visitors from Spain and Portugal following quarantine restrictions imposed by many European countries.

The campaign will focus on four types of tourism: individual, family, with pets and with friends, and the promotional videos will appear over the next few months on television, internet and social media as well as on RENFE trains.

The site was officially opened to visitors on Tuesday when Benidorm mayor, Toni Pérez, and councillor for historical heritage, Ana Pellicer, visited with the archaeologists involved in the project, Feliciana Sala and Jesús Moratalla.

Following five summer seasons working with Alicante University, since 2017 the site has received hundreds of thousands of euros towards the excavation and preparation work leading to this week’s opening, although it is estimated that 20% of the site still remains to be unearthed.

Information panels in Spanish, Valencian and English, explaining the most important aspects of the structure and the use of the construction in the Roman army, have been installed. Just before the lockdown in March, a path for visitors was laid.

The site is open to visitors, albeit amid Covid-19 restrictions, but from 15 September guided visits are planned.

Get your business, services or activity listed on our new Directory!

At Spain in English we have recently launched a new Directory – and you can include details of your business activity or services from the Valencia Region on it for FREE. Or for a nominal annual fee, you can also include photos, a full description – and more. Just follow this link for all details: Get your business activity or services listed on our DIRECTORY – or you can also email everything to: admin@spainenglish.com