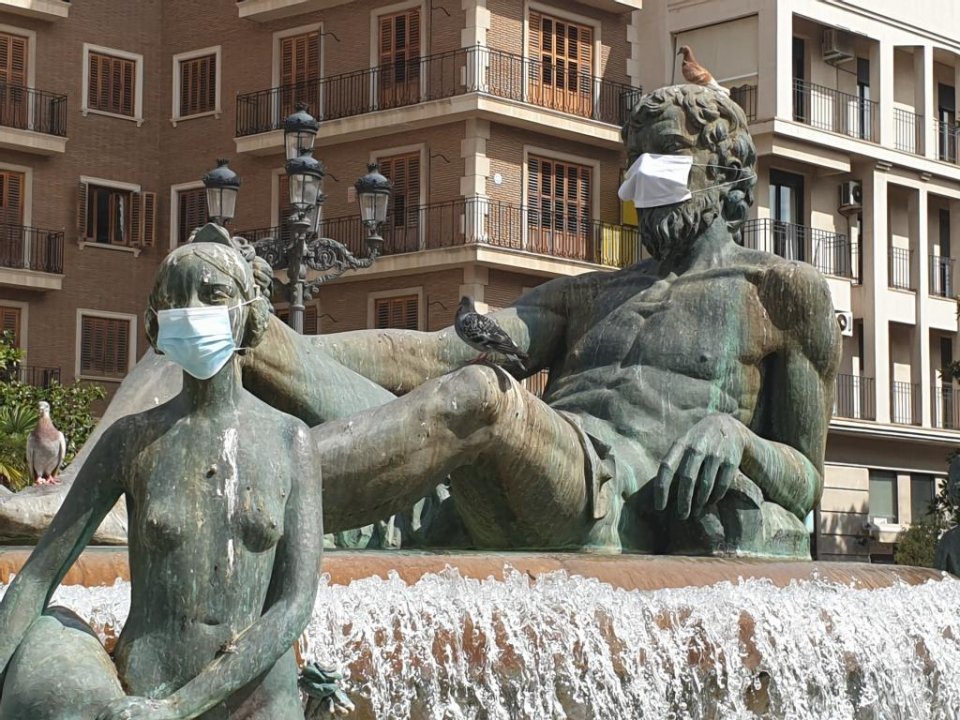 With Coronavirus infections in the Valencia region one of the lowest in Spain, the regional health minister has announced current restrictions are to be extended.

On Thursday Ana Barceló announced a further 21-day extension from Monday 28 September of the current measures that were adopted back in August. These affect different areas of socialising: nightlife, hospitality industry, celebration of different events and smoking in the street – and form part of the measures introduced for the whole of Spain on 16 August.

Barceló said that they are ‘measures which are proving to be effective in containing the virus, which is why it’s important that we continue working along these lines to avoid infections and slow down possible outbreaks and control the pandemic’.

According to regional health ministry figures, the Valencia region has had one of the lowest Coronavirus infection rates during the past 14 days, beaten only by Asturias. In the past week, the number of infections per 100,000 has been 32.88, far lower than the national average of around 120.

Barceló also pointed to the work that the region is doing in the early detection of the virus and finding active cases. She said that since the end of May, 40% of the cases detected were asymptomatic.

However, with a four-day October puente [long weekend holiday] on the horizon (Friday 9 October is Día de la Comunidad Valenciana and Monday 12 October is Día de la Hispanidad – a national holiday throughout Spain), some will be worried that visitors from Madrid, which has more than ten times the infection rate of Valencia, may come to second homes along the coast here. But while Catalans are being urged by their president, Quim Torra, not to travel to Madrid unless absolutely essential, so far no politicians in Valencia have called for the capital to be locked down, nor have they advised against travelling there.

This week there have been 3,789 new infections reported in the Valencian region, along with 3,858 all-clears and 38 deaths. There have been 135 new outbreaks with 24 related to work, 103 related to socialising and eight from a new sector, education.

Three weeks into the new school year and 95.5% of schools in the Valencia region still have no confirmed positive cases of Coronavirus, something which regional education minister Vicent Marzà is ‘cautiously satisfied’ with. That said, many schools have already had their first taste of confining ‘bubble groups’ or sending home a suspected case while anxiously awaiting test results.

As most parents and teachers know, the first few weeks in September and October are usually accompanied by coughs, sneezes, tummy bugs and other viruses. This year, however, at the slightest symptom which could be a sign of a Covid-19 infection, pupils and teachers have to self-isolate and be tested. It’s something that’s going to be a regular occurrence throughout this most unusual of school years, but Marzà has always insisted that face-to-face classes must remain a priority.

Speaking on Thursday, after a meeting with the health and education ministries, he said: ‘We are cautiously satisfied with how the new academic year has begun in our region because we have one of the lowest incidences of Covid-19 infections, with around 0.5% of groups compared to the national average of 0.73%.’

‘This doesn’t mean that everything is calm and normal, no,’ Marzà added. ‘We are going to come across many difficulties, obviously, but we will overcome them together as we have until now and with great coordination with the health ministry.’

He also sent out a message of tranquillity to students in their second year of Bachillerato, saying that the university entrance exams (selectividad) would be modified, as would the curriculum, to adapt to the current circumstances.

Regional health minister Barceló also announced on Thursday that schools would be given quick tests which could be carried out in situ when a student shows Coronavirus symptoms. The first 500,000 rapid tests have been ordered and will give a result within 10 to 16 minutes. Apart from helping the school to act more quickly and not confine students unnecessarily, they will also take some pressure off health centres.

On Tuesday Valencia woke up to find statues throughout the city adorned with face masks. The masks had been put there by the city council to raise awareness among the population about the importance of their use.

Councillor for Civil Protection, Aarón Cano said it was a symbol, ‘to demonstrate that face masks are our protection against Covid-19. Only with the unity of all the citizens can we overcome this situation.’

Bicycles filled the streets of Benidorm on Tuesday to mark World Car Free Day. There was also free travel on the Valencia Metro to encourage commuters to leave their cars at home, although some travellers commented that trains were more crowded than normal and that it was difficult to maintain social distancing.

Valencia missed out on becoming European City of Innovation, but did make it to the final six. All this, however, has been overshadowed by controversy around Valencia’s representative using a voiceover to speak his words.

City councillor for Innovation, Education, Culture and Sport, Carlos Galiana (from the Compromís group), spoke and gesticulated from behind his face mask while his minute-and-a-half message was read by an actor in a perfect British accent.

The incident on Thursday has been widely shared on social media and Galiana was criticised by far-right Vox councillor, José Gosálbez, who called on him to apologise, adding that, ‘his resignation would perhaps be excessive … [but] we also wouldn’t lose anything, because he made the council, the city, Valencians and Spain look absolutely ridiculous’.

On Friday Galiana apologised for using a voiceover and said that the reason for using a translator was to transmit his message in the clearest manner possible but said that, with hindsight, he had realised that it ‘wasn’t the best decision’.

The winner of the award was the Belgian city of Leuven and the other finalists were Cluj-Mapoca (Romania), Espoo (Finland), Helsingborg (Sweden) and Vienna (Austria).

US multinational Costco, will be opening their fourth centre in Spain, after acquiring a 34,000m2 plot of land in Paterna. They announced this week that the plot, which will include a 15,000m2 commercial area and ample parking, lies between Verdecora and Heron City.

Meanwhile the health department announced on Wednesday that it would be investing 36 million euros into a new extension to the Marina Baixa Hospital in Vilajoiosa. The planned extension, of 32,714m2, will include, among others, an A & E department, a short stay unit and an ICU.