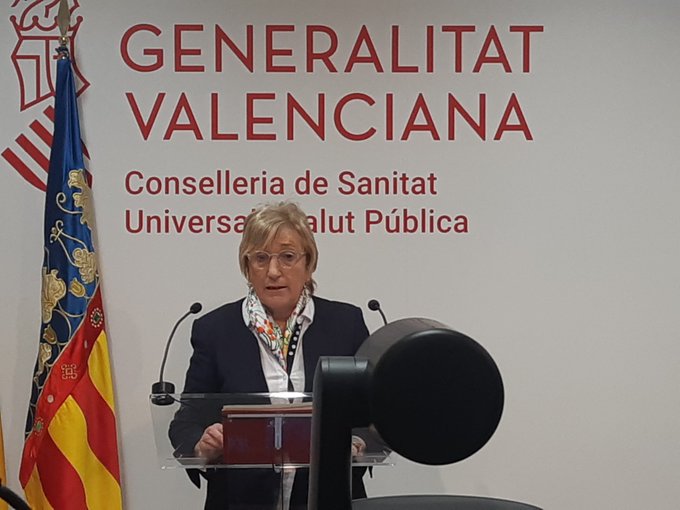 Finally moving to Phase One

The whole Valencia region will finally pass to Phase One from tomorrow, Monday 18 May. The 14 health departments that had been left behind last week will join the other 10 as the region passes through as a whole.

During the week there had been speculation that La Ribera would go through but with a condition of not being allowed to have meetings in groups of ten due to a spike in Covid-19 cases in the area, which had caused concern. But finally it joins the rest of the Valencia region.

There will, however, be a limit of 30 people on outdoor events and spectacles.

Health Minister for the Valencia region Ana Barceló thanked Valencians for their ‘immense effort’ and reminded them of the need to continue to be prudent and follow the recommendations of the health authorities.

The change will be welcomed by restaurant and bar owners, many of whom had spent last weekend preparing in readiness to open the following Monday, only to have their hopes dashed at the eleventh hour.

On Saturday evening Barceló announced that she would be asking for the Valencia region to move by provinces to Phase Two in a week’s time – although as yet, she didn’t know what the Health Ministry’s criteria would be. She also said that the evolution of the virus would be decisive, as would the behaviour of Valencians during this coming week.

For full details of what you can and can’t do during Phase One see our complete guide for all of Spain here.

A campaign on social media has been calling for a big final applause this evening (Sunday) at 8pm.

Since early on in the pandemic, we have been leaning out of windows or going out onto our balconies and terraces every evening to clap and show our support for health workers. But with the deconfinement progressing, the new timetables for going out for a walk or doing exercise have coincided with the applause. So we’re being asked to show our support one last time, the evening before we move to Phase One of deconfinement.

As we move to Phase One, we are advised to wear a facial covering when we go out. To help with this many of the towns outside Valencia have been distributing free washable face masks to residents.

In our town of l’Eliana, according to the padron each registered person has been given three: ‘a wash, a wear and a spare’, as my mum always said. With different sizes for children and adults.

I believe they have been made by groups of sewers throughout the towns, so a big thanks to them and their hard work.

Less herd immunity than we had thought

There may be many people out there thinking to themselves, ‘That bad cough I had back in January, I’m sure that was Coronavirus.’ But it turns out not as many of us have had Coronavirus as we may have originally thought.

A study of 60,000 people in Spain has shown that only 5% of the population have antibodies for Covid-19. This figure doesn’t even reach 3% in the Valencia region.

The research, carried out jointly by the National Centre for Epidemiology and the National Institute of Statistics (INE), took blood samples from people of all ages and showed that 2.3% of people in the Valencia province had antibodies, 2.7% in Alicante province and 2.8% in Castellón province.

Last Sunday saw a row break out between the Archbishop’s Palace and the City Council who accused the church of behaving ‘irresponsibly’ by bringing an image of the Virgin to the door of the Basilica.

Sunday was the day of Valencia’s patron saint, La Virgen de los Desamparados (Our Lady of the Forsaken), a very special day for Catholics in Valencia and even more so at this difficult time.

The faithful would normally visit Plaza de la Virgen and attend the service in the Basilica. This year, however, the service was broadcast on local television and only a limited number of people were allowed into the building during its shortened opening hours.

Images on social media, however, showed a modest group of worshippers outside in the square, which caused city councillors to criticise the church for bringing the image out to them.

The Archbishop’s Palace responded, saying the image was only at the door for the duration of the Valencian national hymn and that the people who had congregated in the plaza had behaved impeccably.

What do you think?

The worshippers, as well as those just out for a stroll, continued to visit the square throughout the day and well into the evening.

On a positive note, after a two-month absence my favourite self-raising flour is back on the shelves in Mercadona. It seems that during lockdown people were not only stockpiling more but also baking more.

According to Spain’s Ministry of Agriculture, Fisheries and Food, the first week of lockdown (16-22 March) saw an astonishing increase of 196% in demand for flour, compared to the same period the year before.

But interestingly, while flour sales sky-rocketed there was a 2% drop in sales of processed cakes, biscuits and cereals, showing that we were at least getting off the sofa to make our cakes before sitting back down and eating them.

Fortunately, stocks seem to be recovering and we can carry on baking. Although perhaps now the weather’s getting warmer we ought to be thinking about that annual Spanish favourite Operación Bikini.

Town planners seem to have taken advantage of the population being in lockdown and have been busy decorating the Plaza del Ayuntamiento in Valencia city centre with pea-green, concrete ‘planters’.

And they’re not popular with the locals. The cylindrical monstrosities look like they have been made from remnants of sewer pipes painted with left-over shades of green paint popular in the 1970s.

Described by some as ‘poligonero’ in style, they are the town-planning equivalent of making a sofa out of old pallets. Not that I’ve anything against pallet furniture, in fact I’m a great fan of repurposing and upscaling. But in the right setting, and quite frankly, in front of the beautiful neoclassical Ayuntamiento building is not the place to do some money-saving DIY.

The Fallas festival 2020 has been officially cancelled, following both Alicante and Castellón cancelling their festivities last week.

The original idea was to hold the festivities in a ‘light’ way in July, but that wasn’t popular – so October was then proposed. But in the end the comisiones decided to cancel altogether until next year.

It’s not all bad news, though. Those who are fallera mayor this year will go down in history as holding the role for two years in a row, something never seen before.

One of the main problems to be solved now, however, is how to help the maestros falleros (the artists who create the incredible sculptures which are burnt at the end of the festival) who, along with many other industries, rely on the income that Las Fallas bring, and also what to do with the large structures themselves, many of which are being stored in the Feria de Valencia.

As we emerge from lockdown, the Valencian regional government has announced a range of grants to encourage environmentally friendly means of transport like bikes and scooters.

As well as helping social distancing by decreasing the numbers of people on public transport, the new initiative goes hand in glove with transport policies in the region’s three main cities which have seen an increase in cycle routes in the past years. The increased number of cycle lanes has been a controversial policy, welcomed by many but seen as a nuisance by others, especially some who live or work in the city centres.

As we move towards the ‘New Normal’, the Valencian government is encouraging people to keep away from public transport wherever possible and at the same time give a boost to the local economy by getting people spending again to also help small businesses.

The maximum grant available will be €250 for an electric bike (where the bike costs no more than €1,400), the amount is €75 for a non-electric bike and €75 for an electric scooter (to a maximum value of €450). There are also grants of up to €200 for electric charging kits and €150 for child carrying attachments.

From 15 June anyone registered living in the Valencia region will be able to claim the financial help by checking a list of participating shops which will be available on a special website to be created by the Conselleria de Movilidad.

You only turn five once!

This young lad was quite overwhelmed when neighbours from all along his street took to their balconies to sing happy birthday to him, cheer, clap and call his name.

You’d have to have a heart of stone not to be moved by the emotion and camaraderie of it.

Coronavirus in Spain full update (17 May)

Very good info site, do you have an app and if so what is it called.