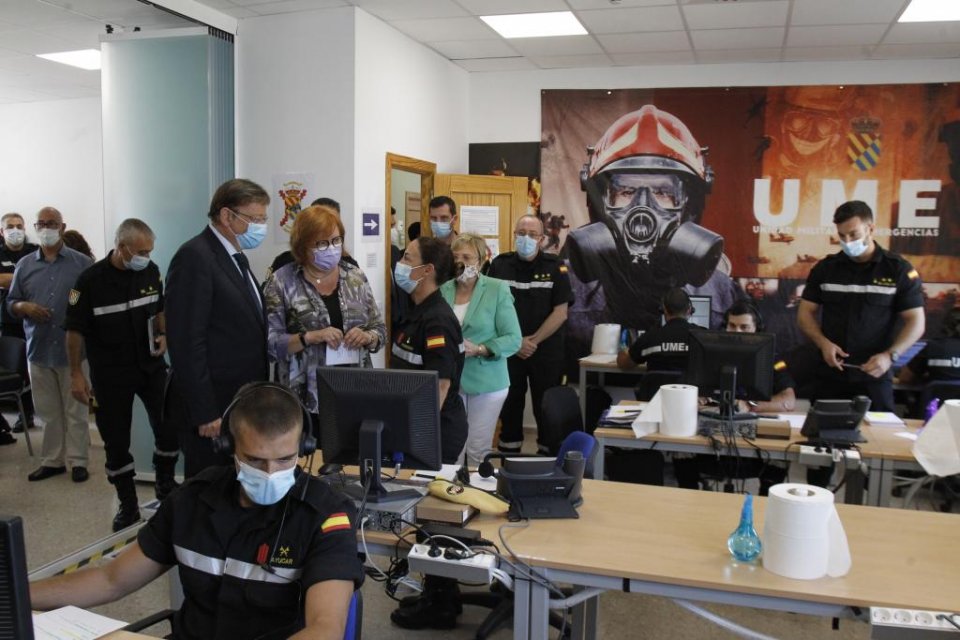 Numbers of Coronavirus infections continue to rise steadily, yet with new outbreaks becoming more widely spread across the Valencia region.

Each day this past week has seen several hundred new cases. There have also been 28 deaths (one more than last week) and a similar number of patients in intensive care. The locations of new outbreaks are now distributed throughout the region, however, as opposed to being focused on the city of Valencia in previous weeks.

On Friday, the Valencian government’s health minister, Ana Barceló, had a video meeting with the mayors of Alicante and Castellón to discuss the development of the virus and numbers of cases in the two cities.

Due to the numbers of infections and the return to school, Valencia City Council decided on Thursday to close children’s playgrounds in all public parks and gardens. The measure is temporary while numbers in the city are on the rise – but there is a growing debate among residents of urbanizaciones with private communal gardens that are not obliged to follow suit but are feeling pressure to do so.

Meanwhile some of the exceptional measures that had been imposed on the town of Benigànim on 1 September due to a rapid rise in Covid-19 cases there, will be lifted from Tuesday.

Barceló said that the collaboration of the population of Benigànim had been important and she continued to call on their responsibility and collaboration to avoid further rises in cases.

The week in numbers

Thursday saw a further 681 people test positive for Covid-19, there were 1,502 all-clears and nine deaths. On Friday the health department reported 540 new positive cases, 777 all-clears and two deaths. The week ended with 68 people in intensive care, 484 in hospital (58 in the Castellón province, 150 in Alicante and 276 in Valencia). On Saturday there were a further 582 new cases reported.

To meet the increasing demand for testing, the health department this week contracted 70,000 PCR tests with eight private laboratories in the Valencian region.

On Monday they updated their guide for schools on how to manage Covid-19 cases. One of the main points is that teachers and classmates of confined children in suspected cases (who show Covid-compatible symptoms) do not need to confine while the suspected case awaits their test result. However, those living with the suspected case do have to stay at home while waiting for the test result.

What happens next? If the suspected case is confirmed, then their close contacts in class will be confined. The family of the positive case will have to be confined for 14 days.

This is the theory, but the reality is sometimes different, as was seen this week when a school in Elche confined one student in first year primary along with five close friends. Later that afternoon the whole ‘bubble’ class group was confined. By Friday it was agreed that PCR tests would be carried out on the whole class, following pressure from the mothers of the other pupils.

On Friday the health department announced that they would be contacting those in risk groups to get their flu jabs for the coming winter. The vaccination campaign, aimed at over 64s, healthcare workers, pregnant women and those with underlying health conditions, begins on 5 October.

Barceló explained that the objective is to vaccinate 75% in over 64s and healthcare workers and 60% in pregnant women and those with underlying health conditions.

She said that the objective is to avoid flu-related complications, hence being directed at the most vulnerable groups. She explained it was necessary to reduce the number of people going to health centres and hospitals as much as possible, given that during the flu season there is greater demand on the health system.

Bus company Costabus is the latest victim in the tourist industry, going into voluntary bankruptcy from 1 September, as reported in Alicante Plaza.

Part of Autocares Martinez, Costabus has been a fixture in Benidorm since the late 1960s, shuttling visitors to and from the airport or for day trips. The company had been hit hard by the fact that many travellers have chosen to make the journey to Benidorm by car to avoid contact with others, plus the collapse of the UK tourism market, which is second in the city after the Spanish market.

Representatives of the nightlife industry, Fotur, this week said that the sector had ‘hit rock bottom’ with more than €50m in losses, and they are demanding a rescue plan from the government.

A group of around 20 divers in Benidorm took part in World Cleanup Day 2020 yesterday. The event is part of a global campaign to fight the world problem of solid waste which is also a problem in the sea.

The latest attempt to save the British autumn market in the city of skyscrapers is the Benidorm Island project.

The concept is to make Benidorm a safe island bubble and is based on a variety of measures to make British visitors feel safe. These include PCR and antibody tests, as well as controls in places such as the airport. The plan also involves public and private hospitals being available, special protocols in accommodation, a radar Covid app and even subscriptions to insurance policies.

A key aspect is a Hospitality Team, specialists who would track visitors during their stay, from the moment they arrive until they leave. Finally a ‘Refuge Hotel’ is proposed in the event that any visitor tests positive.

The project is backed by the provincial government and the Valencian tourism department and the next step is to achieve the same support from the Spanish and UK governments.

SOS – Save our School

A village in Castellón has been inundated with applications after placing an eye-catching offer on its Facebook page: ‘Enrol your children in our school and get a job and a house in return’.

Like so many other Spanish villages, Zucaina, which has 171 inhabitants, has suffered from the problems of depopulation in recent years and the village school now has just one pupil, not enough to make it viable. However, just two more would be enough to save it from closure.

Zucaina lies in the middle of mountainous countryside and can also boast a Covid-free record, having not registered a single infection or death from the virus since the start of the pandemic.

The local council is offering the house and a job, or possibly two, on the condition that the chosen family enrol their children in the school. The offer appealed to so many people that by Wednesday the council had received more than 1,000 applications and had to ask people to not send anymore as they needed to sift through the applications and make a selection.