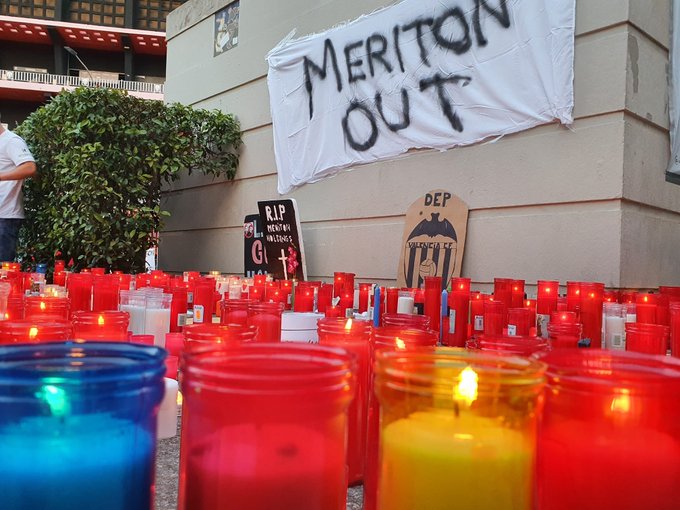 Protests outside the stadium, the sale of important players and now the threat of legal action. Things at Valencia football club seem to be going from bad to worse.

Singaporean billionaire Peter Lim’s Meriton Holdings has owned a controlling stake (over 80%) in the club since May 2014.

This week’s latest instalment is that Lim and his management team are facing legal action from one of the club’s shareholders on four counts, including money laundering and improper management towards minor shareholders. A judge now has to decide if the case should go ahead.

Sesé announced his action at a press conference on Friday in Valencia, together with the lawyer Miguel Durán. He stated that the accumulated losses since Meriton Holdings arrived at the club are close to 100m euros, and that they have been collecting information for a year to put in the hands of a judge for investigation, after assessing the possibility of various crimes.

So why have things gone badly at the club?

After finishing ninth in La Liga, Valencia have failed to qualify for either the Champions or the Europa League this coming season, which would have brought money into the club. Fans point the finger of blame at Lim and his team for a series of bad decisions, the worst of which seems to have been firing the coach Marcelino Garcia Toral last September, just months after he led the team to victory against Barça to take home the Copa del Rey in May 2019.

The next coach was Albert Celades, who was fired in June this year, the sixth to be sacked in as many seasons.

More than 1,000 supporters demonstrated on 12 August in the surroundings of the Mestalla stadium, after the management sold two of their top players to local rivals Villarreal, including captain Dani Parejo. There is a feeling that the management is disconnected from fans, who are calling for owner, Peter Lim, to go.

To show their outrage at the management of the club, the supporters held ‘Meriton out’ placards and staged a wake ‘for the death of the club’, holding a minute’s silence before placing candles on the ground.

According to the club’s Singaporean president Anil Murthy, the sale of the players are necessary to keep the club afloat, especially during these difficult financial times due to the Coronavirus pandemic.

Parejo himself, who had been at Valencia for more than nine years, was devastated at being sold and broke down while commenting that he had hoped to end his career there.

When Lim bought the club in 2014, many fans saw him as a saviour who would bring Valencia out of debt and finish construction of the new stadium, Nou Mestalla, which was started in 2007 and ground to a halt in 2009. However, these hopes have been dashed during the past six years, and relations between Lim and the supporters have gone from bad to worse.

A measure of the relationship between the Lim family and the fans can be summed up by a recent Instagram post published by his daughter, Kim [see our 5 July report]: ‘Don’t they get it? The club is ours and we can do anything we want with it and no one can say anything.’

All in all, the 2020/2021 season is looking bleak with disgruntled fans, no money, plans to sell yet more players and the prospect of headlines talking more about battles in court than on the football field.