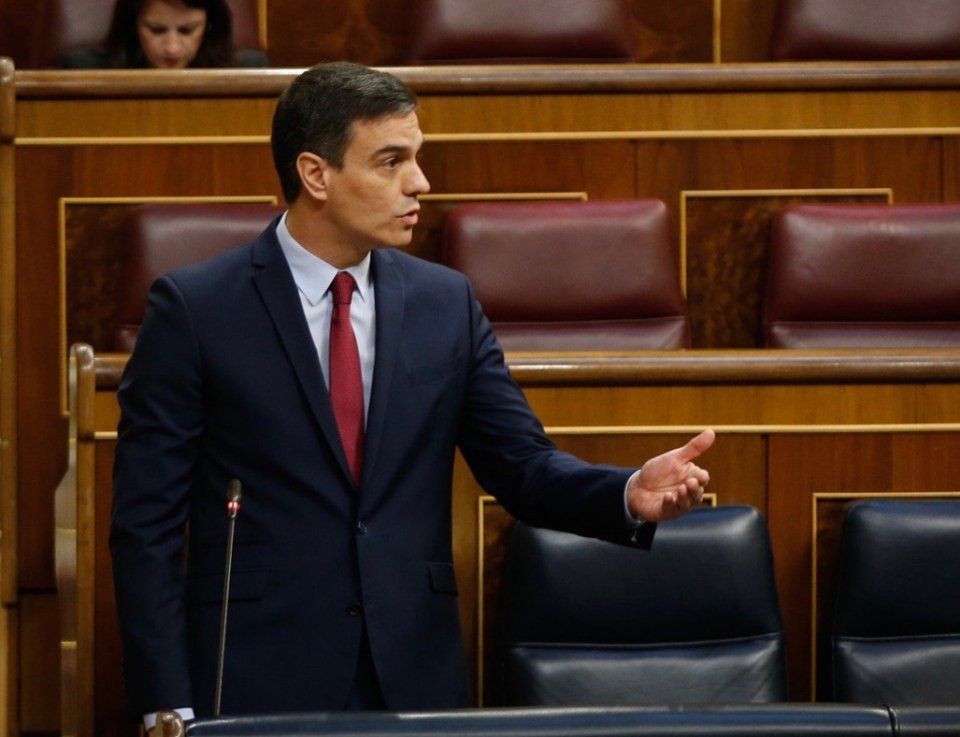 Report below updated in Spain at 12.50pm on Sunday 17 May

The latest official figures* for Coronavirus (Covid-19) released by Spain’s Health Ministry in Madrid at 11am on Sunday 17 May confirm that 27,650 people have now died from the pandemic in Spain, up by 87 on yesterday – the lowest daily increase since the start of the ‘state of alarm’ on 14 March.

Official figures released daily by the Spanish Health Ministry are for the total number of people who have tested positive for Coronavirus only through a PCR test (polymerase chain reaction). That figure for Sunday 17 May is 231,350 – an increase of 421 over yesterday.

Saturday’s figure for the increase of infections tested only through PCR had been 539 over Friday. Friday’s comparative figure had been 546 over Thursday. Thursday had been 506.

Spanish Prime Minister Pedro Sánchez announced in a televised address on Saturday that he is to seek a final extension of the current ‘state of alarm’ for a month to last until the end of the four-phase de-escalation of lockdown restrictions.

Each time the ‘state of alarm’ has been extended up to now, it has been for two weeks at a time. Sánchez now seeks to extend it for four weeks, taking it until 23 June.

‘The path that we are taking is the only one possible,’ said the socialist (PSOE) leader Sánchez, during his televised address on Saturday. He has always insisted that the ‘state of alarm’ is necessary in Spain in order to effectively carry out his government’s four-phase plan to gradually lift the lockdown restrictions over a period of eight weeks, and in order to return the country to a ‘new normality’ by the end of June.

Sánchez also said that he expects this extension would be ‘the last’ and that it would have ‘different characteristics to previous ones’. But he also reiterated, as before, that everything would depend on Spain’s progress to combat Coronavirus.

The Spanish prime minister said there would be ‘co-governance’ with Spain’s regional governments, with them being able to ‘regain their full decision-making capacity’.

Sánchez again appealed for unity during his address. ‘Unity saves lives,’ he said, ‘and it can also save companies and jobs.’

‘There is no clash between health and economic priorities,’ he said. ‘Spain needs tourism, but tourism needs safety, it needs health guarantees. We must overcome the health emergency in order to reactivate tourist activity.’

Sánchez also said that he wants to reach a consensus in the Spanish Congress that there is a genuine need for the extension to the ‘state of alarm’, which he believes already exists among Spain’s wider society.

Each extension of the ‘state of alarm’ requires a vote in the Spanish Congress, with just a simple majority in the 350-seat chamber – more yes votes than no votes.

For the last vote in Congress on 6 May, the PSOE-Podemos coalition government of Sánchez had to rely on last minute deals with the Ciudadanos (Cs) party and the Basque Nationalist Party (EAJ-PNV) to secure the fourth extension to the ‘state of alarm’, which expires after midnight on 23 May.

Spain’s first deputy prime minister Carmen Calvo, therefore, has been in touch with several parties in the past few days in search of support for what will be a fifth extension of the exceptional measure.

The Catalan government spokeswoman Meritxell Budó said on Saturday that, ‘if this state of alarm means being one more month with powers borrowed, we cannot support it.’

The Madrid regional government has accused the government of ‘political’ motives for not allowing the city to move to Phase One from Monday 18 May in the de-escalation plan. For several days running, small protests have also been taking place in some areas of Madrid against the current ‘state of alarm’ – specifically in the affluent Barrio de Salamanca of the capital. Please see our report of Saturday 16 May for further details.

Spain originally commenced its lockdown for two weeks from 14 March, with measures that confined everyone to their homes apart from leaving to purchase food or medication, or to go to their place of work only if they could not perform their duties from home.

After one week, these initial measures were then extended until 11 April, then for a second time until 26 April – and then until 9 May. On Wednesday 6 May, the Spanish Congress voted to extend the ‘state of alarm’ for a fourth time – until 24 May.

70% of Spain in Phase One from tomorrow

From Monday 18 May around 70% of Spain will be in Phase One of the government’s four-phase de-escalation of lockdown plan, that commenced officially on 4 May and is expected to last until the end of June. At the same time, around 14m people will remain for now in Phase Zero, including the two major cities of Madrid and Barcelona.

Spain’s Health Minister Salvador Illa and Fernando Simón, the director of the Coordination Centre for Health Alerts and Emergencies, announced at a press conference on Friday the areas of Spain that will now move to Phase One on Monday. These are:

The areas are Málaga and Granada in Andalusia; all the remaining areas of the Valencia region and the region of Castilla La Mancha; nearly all the region of Catalonia, with the exception of the city of Barcelona and metropolitan areas (north and south).

Madrid, meanwhile, will also be remaining in Phase Zero – although certain restrictions will be relaxed in both Madrid and Barcelona as part of a ‘Phase 0.5’. Parts of the region of Castilla y León will also remain in Phase Zero.

Fernando Simón also announced that the island of Formentera in the Balearic Islands, as well as the islands of La Gomera, El Hierro and La Graciosa in the Canary Islands, will all move to Phase Two from Monday 18 May.

We have published all the key rules and measures regarding the four phases in a separate report, together with full details of the current ‘phase status’ for each region and province. It is regularly updated as and when new measures are announced. The report can be found here: Lifting of lockdown in Spain – full details of all phases for all regions.

Valencia in English – weekly round-up (17 May)

The Health Ministry is releasing their data in the afternoons instead of mornings from today onwards. We are not sure yet what time.