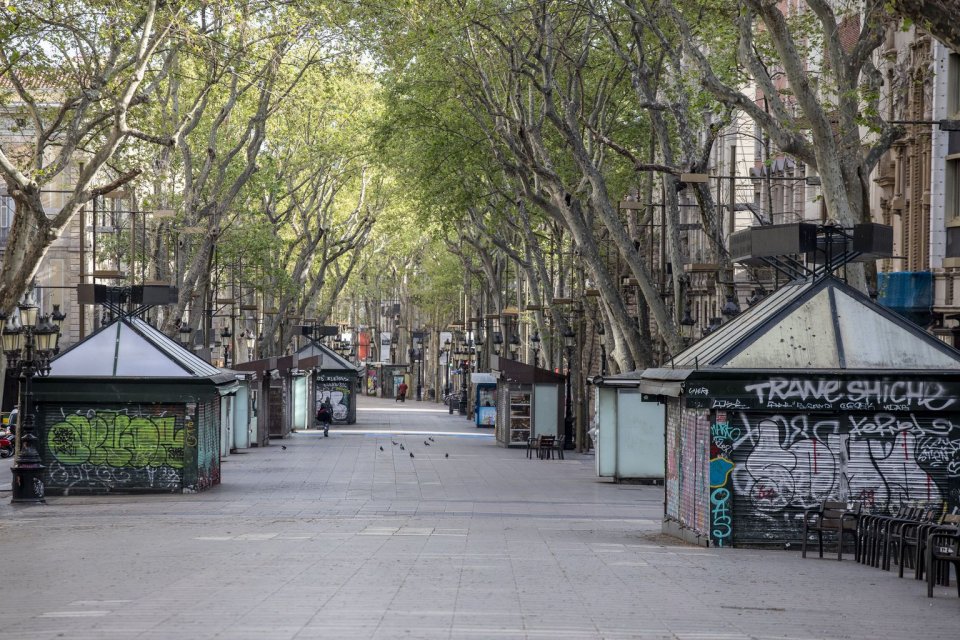 Report below updated in Spain at 12.25pm on Friday 15 May

The latest official figures* for Coronavirus (Covid-19) released by Spain’s Health Ministry in Madrid at 11am on Friday 15 May confirm that 27,459 people have now died from the pandemic in Spain, up by 138 on yesterday.

Official figures released daily by the Spanish Health Ministry are for the total number of people who have tested positive for Coronavirus only through a PCR test (polymerase chain reaction). That figure for Friday 15 May is 230,183 – an increase of 546 over yesterday.

367 of the 546 new infections registered on Friday are of healthcare workers, according to Fernando Simón, director of the ‘Coordination Centre for Health Alerts and Emergencies’, which reports to Spain’s Health Ministry.

Thursday’s figure for the increase of infections tested only through PCR had been 506 over Wednesday. Wednesday’s comparative figure had been 439 over Tuesday. Tuesday had been 426.

What other areas will now move to Phase One?

On Monday 11 May around 51% of the Spanish population moved to Phase One of the government’s four-phase plan to lift lockdown restrictions.

Later today (Friday), the Health Ministry is likely to announce what other regions and provinces can now move to Phase One from Monday 18 May – after various regional authorities have presented new proposals. In Catalonia, for example, the regional government has now proposed to the Health Ministry that the areas of Garraf, Baix Montseny, and Alt Penedès move to Phase One from Monday.

Although the Catalan authorities have not proposed that the city of Barcelona or its metropolitan areas (both north and south) should move to Phase One yet, they have proposed relaxing some of the restrictions there, as a sort of ‘Phase Zero and a half’.

We have published all the key rules and measures regarding the four phases in a separate report, together with the current ‘phase status’ for each region and province. It is regularly updated as and when new measures are announced – and we will be updating it during today with any new details regarding each region’s phase status. The report can be found here: Lifting of lockdown in Spain – full details of all phases for all regions.

All international travellers arriving to Spain will have to self-quarantine for 14 days, starting from today, Friday 15 May, following an order published in the Boletín Oficial del Estado (BOE) by the Interior Ministry.

During 14 days, international travellers arriving in Spain will have to stay at home or wherever they are due to lodge, and their movements will be limited to basic activities only, such as buying necessary products or for health reasons.

Those crossing the border into Spain will also be obliged to wear a face mask and comply with all hygiene and safety measures. Cross-border workers, freight drivers, cargo workers, transport crew, diplomatic staff and health workers are to be excluded from this rule, as long as they have not been in contact with anyone diagnosed with Coronavirus.

All travel agencies and transport companies need to inform their clients of these measures before confirming the sale of tickets to Spain. Airlines have to hand forms to passengers for details of where they will be staying, and these will have to be completed by travellers to Spain on arrival.

The order in the BOE also still restricts the entry to ports and airports to Spanish nationals, residents in Spain, and those who arrive for work reasons.

The restrictions come on top of those previously adopted at land borders with France and Portugal and the restrictions on the entry of travellers at external borders (originating in countries from outside the Schengen area) at ports and airports.

The Boletín Oficial del Estado (BOE) states that from midnight on 15 May, only the following may come into ‘national territory at internal borders through ports and airports’:

For several days running, small protests have been taking place in some areas of Madrid against the ‘state of alarm’ – specifically in the affluent Barrio de Salamanca of the capital. Groups of protestors have been taking mainly to the street of Núñez de Balboa at around 9pm each evening, banging pots and pans.

Although the time coincides with one of the time slots when adults are officially allowed to leave home and take walks and physical exercise, videos posted on social media and reported in the Spanish press show that the protestors are hardly maintaining ‘social distancing’ measures.

Chanting ‘freedom’ and ‘liberty’ as they bang pots and pans, the protestors are rallying against the prolonged ‘state of alarm’ imposed by the Spanish government of prime minister Pedro Sánchez, and also against his handling of the crisis. Many observers, however – whilst also pointing out that some protestors have been seen holding golf clubs – have suggested that the protest is more to do with the fact that ‘affluent Madrileños’ are still being prevented from travelling to their second residences across Spain, as the Madrid region remains in Phase Zero.

Today, Friday 15 May, is a holiday in Madrid, as the capital celebrates its annual San Isidro festival and long weekend, yet still with many lockdown restrictions in place.

State of Alarm to be extended further?

Spain has now completed two months in the ‘state of alarm’ that commenced on 14 March – and it could possibly be extended until towards the end of June.

Last Wednesday 6 May, the Spanish Congress voted to extend the ‘state of alarm’ for a fourth time – until 24 May.

Welcome to ‘Valencia in English’

Spain extends international ban on entry into country until 15 June