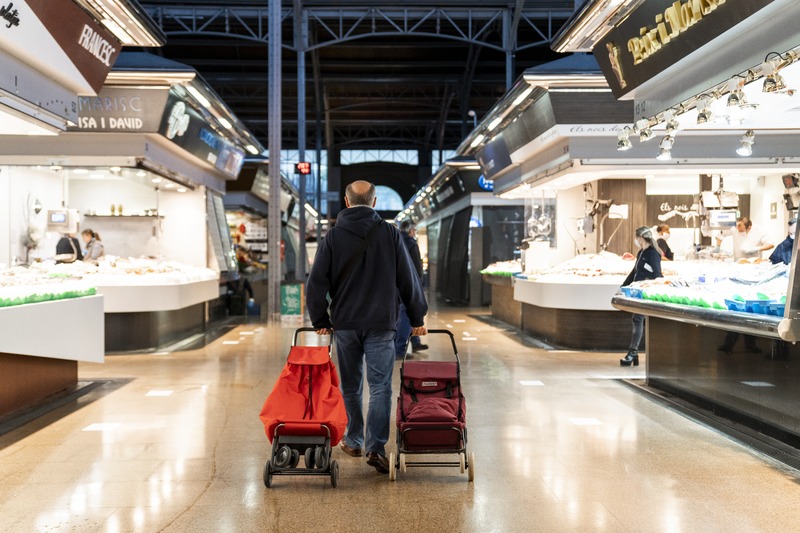 Judging by some of the emoji-style charts and potato-head graphics that I’ve seen in the media over the past 48 hours, if you are a white adult in Spain, or a white marathon runner or a Tour de France cyclist, then you’re now allowed out for a walk and physical exercise between 6-10am or 8-11pm every day.

If you are a white adult and have a white son wearing blue and a white daughter wearing pink – and if you’re all smiling – then you can go out between 12 noon and 7pm, but only for an hour.

The reason I’m forcing the white emoji-stuff here is not only because I feel that perhaps some of us aren’t being treated as adults, but that we should all also know what we should be doing right now, no? I mean, what you’re allowed to do whilst out and about is common sense … isn’t it? Isn’t it?

If you live in Spain, and unless (1) you’ve had your head in the sand for the past 48 hours and you didn’t realise you were allowed to go out; or (2) you’re still recovering from a hangover after another Friday-night-in Netflix-Zoom lockdown-binge; or (3) you’re afraid to go out in case someone sneezes over you (which is perfectly understandable) – then you might have taken advantage of the new ‘freedom for adults’ after seven weeks of confinement.

I went out just before 8am yesterday and today. It was glorious. I intend to do so every day. To be honest, I’ve been very lucky to have been able to go out every day during the lockdown, anyway, thanks to having a dog (although we’ve rarely ventured more than a 200-metre radius from home) – and also thanks to drinking a lot of wine. On many days I’ve forced myself to walk briefly into the village with a shopping bag to buy more wine, simply because I deliberately forgot to buy enough wine the day before – and because I don’t yet have a wine cellar. I’ve always maintained social distancing, stuck to the rules in shops, and also timed most of these journeys to clap the health workers at 8pm, standing around outside a pharmacy and enjoying the ripples of applause coming from all the balconies and windows. One day, oddly enough, I think I might miss those walks.

Because my own potato-head has white-enough hair, I could probably bend the rules to venture out up to four times a day. As an adult, I could go out from 6-10am. With my mad Einstein-like grey hair right now – and because I could easily shuffle along and possibly persuade Juliane to assist and guide me (more than usually, I mean) – I could probably venture out again from 10am to 12 noon. I could then take the dog for a walk at lunchtime to see all the happy, smiling, screaming children going beserk on their bikes and scooters. And then I could venture out to buy wine again …

But you know something? I don’t want to. I’ll walk the dog during my ‘exercise time’ and I’ll still buy some wine (silly not to), but I don’t want to … well, take the piss. And to be honest with you, I don’t think any of us should.

Yesterday, when I ventured out at 8am, I took the dog with me – instead of taking her out later on. I ‘fast walked’ for around an hour – completing half the 10,000 steps I normally like to do, and will hopefully get back to in due course. As I say, it was glorious, but not only just being able to be out and about. What struck me was the pure joy and relief on the faces of others – people who have clearly been in stricter confinement than me. I waved and called out to people I know or recognised. You might have had the same experiences yesterday or today – but for me, it literally felt like being alive again. And I don’t want that to end.

We were all walking, jogging, cycling or skating along the promenade, or on the vehicle-free road alongside. Some people wore face masks – everyone maintained social distancing – at least those who weren’t couples or probably weren’t living together. There was one woman, however, jogging on the beach, along the sand, despite there being police tape to seal it off. At first, I thought ‘good for her’ and that it was none of my business if she didn’t know the rules. But people were shouting at her to get off the beach. People were angry. Very. She ignored them and even waved them away. She clearly did know the rules but had decided to flout them. I quickly thought ‘good for them’ for shouting at her – it is our business that we don’t mess this up, and that we don’t abuse it, and that we don’t go back to square one. There have been 25,264 Coronavirus-related deaths in Spain to date. People have and are seriously suffering. Many have lost their loved ones, family members and friends. Health workers on the frontline have literally begged us to stay at home. But there was someone who had decided it was time she was allowed to run on the beach in a town where it is not currently allowed – and when no-one else was doing so. Get real.

Whilst giving us the instructions on the lifting of restrictions, the Spanish Health Minister Salvador Illa appealed to the ‘common sense’ of people – and that overcoming this pandemic and returning to some kind of ‘normality’ would depend on us. How we behave from now on – and how people must take individual responsibility for observing the rules. As I mentioned in a previous blog, I personally feel that ‘party politics’ should be put to one side until we get through this crisis. I’m not praising or criticising the government minister’s words or actions; there will be plenty of time to analyse things later on.

But what I do feel strongly about right now is that someone out there has to set the rules and guidelines of what we can and can’t do, and when, especially over the next two months. After that, it’s up to us as individuals. For me, it is common sense. Let’s not mess it up.

Tim Parfitt is the editor of Spain in English and the author of A Load of Bull, An Englishman’s Adventures in Madrid. This article also appeared on his regular blog.

Coronavirus in Spain full update (2 May)

Yah. Dont mess it up, But its very hard to take the government seriousely as many of the rules are stupid only enoing the victims. And once a rule is set its not possible to chance to a better way to do things. Example: Sweden did not lockdown in the whole country, Bar and resturants shops and schools are open, but there is less infected per million than in other european countries. Swedish oconomi is down 3 % In Spain there are some 3 million more unemploided an tousends of business is out of the marked. But instead of following the proven examples, the spanish gowernmwnt go on with the many stupid rules. I agree the must be some social rules, dont hug and and dont be in large groups ect. But give rules adoptet from the jail system that you are alloved to go out in special times and not in the nigth?? Are the risk to be infected bigger between 24 and 7 oclock. I am danish (thats why my gramma is not perfect) and i have the opportunity to go to a house in Greek, but I am not alloved to go there The rules omly allowed me to go to Denmark. From there I can go to whatever country who accept me, But not from Spain. I was in Jerez de la Frontera when they closed the hotel and the country all the gests was thrown out at the street. I had money to rent a flat. My flat in Canarias is gone. If i rent a new aand want to go there I need a special permision from the Danish Ambassy (with Foto) . I am forced to rent a flat without visit it first. The contract for renting is needed to permitthe trip.. If the flat is not ready or I arrive late, and the estate agent is closed, and I have to wait until next day i cannot go to a hotel. a Hotel is open fortraveler with a ticket to there country only. I been living here for 15 years and the country I fell Spain is loosing freedom with rules, speed cameras and Police all over.