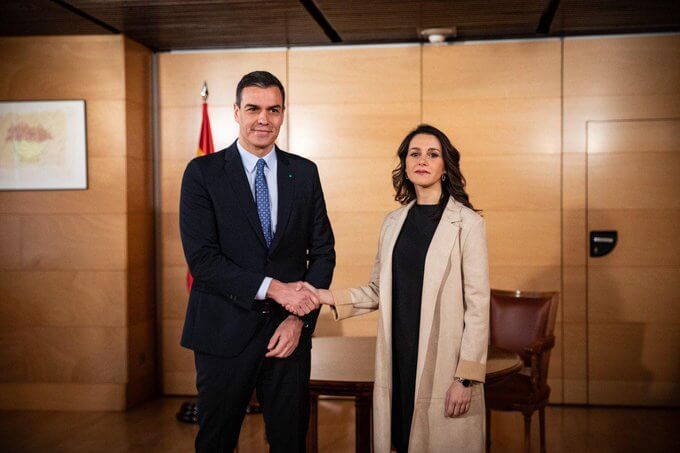 Report below updated in Spain at 18.30h on Tuesday 19 May

The latest official figures* for Coronavirus (Covid-19) released by Spain’s Health Ministry in Madrid at 5pm on Tuesday 19 May confirm that 27,778 people have now died from the pandemic in Spain, up by 83 on yesterday.

Official figures released daily by the Spanish Health Ministry are for the total number of people who have tested positive for Coronavirus only through a PCR test (polymerase chain reaction). That figure for Tuesday 19 May is 232,037 – an increase of 295 over yesterday.

Monday’s figure for the increase of infections only through PCR had been 285 over Sunday. Sunday’s comparative figure had been 421 over Saturday. Saturday had been 539.

The Health Ministry has not released a figure for the number of people who have made a full recovery.

The Spanish government led by socialist (PSOE) Prime Minister Pedro Sánchez has reached an agreement with the Ciudadanos (Cs) party, led by Inés Arrimadas, to support a further two week extension to the ‘state of alarm’ until 7 June.

The full debate and vote will be held in the Spanish Congress on Wednesday 20 May. It will be the fifth time that the ‘state of alarm’ has been extended.

Each time the ‘state of alarm’ has been extended up to now, it has been for two weeks at a time. However, in a televised address on Saturday, Sánchez announced he would be seeking an extension for a month to last until the end of the four-phase de-escalation of lockdown restrictions.

‘The path that we are taking is the only one possible,’ he had said. He has always insisted that the ‘state of alarm’ is necessary in order to effectively carry out (and enforce) his government’s four-phase plan over a period of eight weeks, and in order to return the country to a ‘new normality’ by the end of June.

Daily figures for Coronavirus in Spain, however, have been improving significantly in recent days – possibly reflecting that the gradual relaxing of restrictions from total lockdown to Phase Zero, and now from Zero to Phase One for 70% of the Spanish population, has not had a negative impact on the spread of the virus.

There has also been considerable criticism of the Spanish Health Ministry from the Madrid regional government, for not yet allowing the city to move to Phase One – as well as pressure from other institutions to kickstart the economy and the all-important tourist season in Spain. In addition, for several days running, small but growing protests have been taking place in some areas of Madrid against the ‘state of alarm’ – and which started in the affluent Barrio de Salamanca of the capital. [See our report of 15 May].

In exchange for the Ciudadanos (Cs) party’s 10 favourable votes, the government has stated that it will assess possible de-escalation alternatives that do not require a further period of the ‘state of alarm’ after 7 June.

Each extension of the ‘state of alarm’ requires a vote in the Spanish Congress, with just a simple majority in the 350-seat chamber – more yes votes than no votes.

For the last vote in Congress on 6 May, the PSOE-Podemos coalition government of Sánchez had to rely on last minute deals with the Ciudadanos (Cs) party and the Basque Nationalist Party (EAJ-PNV) to secure the fourth extension, which expires after midnight on 23 May.

All regions of Spain must now also report deaths and intensive care unit (ICU)admissions in the same way. A victim can only be counted in the death tally if they have tested positive for Covid-19 via a PCR or rapid test.

Coronavirus in Spain figures (20 May)