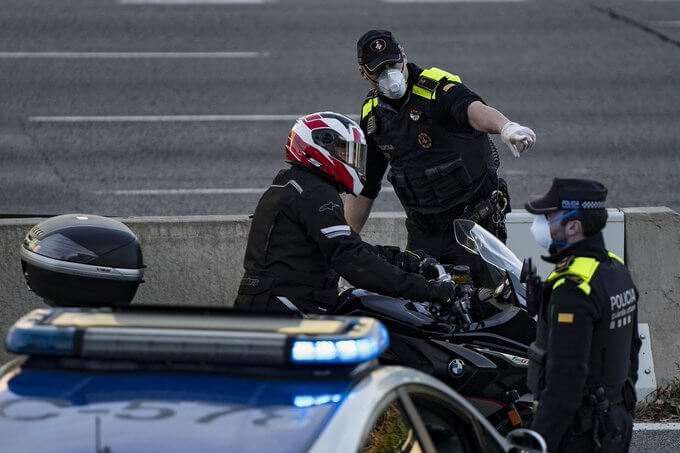 Report below updated in Spain at 12.20pm on Thursday 7 May

The latest official figures* for Coronavirus (Covid-19) released by Spain’s Health Ministry in Madrid at 11am on Thursday 7 May confirm that 26,070 people have now died from the pandemic in Spain, up by 213 on yesterday.

Official figures released daily by the Spanish Health Ministry are for the total number of people who have tested positive for Coronavirus only through a PCR test (polymerase chain reaction). That figure for Thursday 7 May is 221,447 – an increase of 754 over yesterday.

Wednesday’s figure for the increase of infections tested only through PCR had been 685 over Tuesday. Tuesday’s comparative figure had been 867 over Monday. Monday had been 356.

Spain started Phase Zero of the government’s ‘four phase’ de-escalation plans to lift lockdown restrictions from Monday 4 May – and which was to last for ‘at least a week’.

We have published all the key rules and guidance regarding the Four Phases of the Spanish government’s plans for the lifting of lockdown measures in a separate report. It is regularly updated as and when new measures are officially announced. The report can be found here: Lifting of lockdown in Spain – full details of all phases.

On Wednesday the Spanish Congress voted to officially extend the current ‘state of alarm’ lockdown in the country until 24 May. Votes in favour of the extension were 178, with 75 against and 97 abstentions. It is the fourth time that the lockdown has been extended, after starting on 14 March.

The overall lockdown will continue at least until 24 May whilst Spain also continues with the ‘four phase de-escalation plan‘ of gradually lifting restrictions, depending on the progress of each region.

On Thursday, Spain’s first deputy prime minister Carmen Calvo said in an interview that it was almost certain that Spain would still need ‘some more weeks’ of lockdown even further than 24 May.

The session in the Spanish Congress on Wednesday started with a minute’s silence for the victims of Coronavirus. In his opening address, Spanish Prime Minister Pedro Sánchez announced that Spain would have an official period of mourning once the majority of the regions were in Phase One of the de-escalation plan.

He also said that once the country reached the phase of the ‘new normality’, there would be an official public memorial held for the victims.

In his appeal for an extension to the lockdown, Sánchez said that ‘there aren’t any absolutely correct decisions’, but that ‘ignoring the risk posed by the pandemic’ and ‘lifting the state of alarm now would be an absolute, total mistake and unforgivable’.

He also appealed to the regions of Spain to act with ‘fiscal co-responsibility’ once his government transfers the Coronavirus relief funds to the regional governments.

Last week the Spanish prime minister announced that the central government was allocating a special fund of €16bn for the regions. From that total, €10bn would be to support healthcare, €1bn on social welfare and €5n to help the economic recovery.

In Congress Sánchez said that whilst the spread of Coronavirus in Spain had been growing at a daily rate of 35% seven weeks ago, this rate now stands at 0.31%. He claimed ‘albeit prudently’ that indications showed that the disease was under control in Spain and that the health system was no longer overwhelmed.

The improvement, he said, had been achieved with ‘a great deal of sacrifice’ and by ‘moving forwards together’, thanks to ‘decreeing the state of alarm’. After this ‘partial victory’, Sánchez said that Spain could now propose its de-escalation phase.

Sánchez insisted that in order to halt the spread of the virus, it required ‘limiting the right to free movement and the right of assembly’ over the next few weeks, with the ultimate aim of saving lives and guaranteeing public health.

He also pointed out that, although they will be increasingly less severe, the restrictions ‘are only possible under the state of alarm’ – a constitutional legal instrument ‘designed to fight pandemics and health emergencies, as expressly established in the Constitutional Law that enacted the state of emergency’.

The government succeeded in Wednesday’s vote with the support of the Ciudadanos (Cs) party and the Basque Nationalist Party (EAJ-PNV).

The right-wing People’s Party (PP) abstained in the vote. The Catalan pro-independence parties and the far-right Vox party voted against.

Inés Arrimadas, leader of the Ciudadanos (Cs) party, had announced on Tuesday evening that her MPs would vote in favour of the extension, but with some conditions.

Arrimadas insisted that the government reports weekly on the progress of the de-escalation with her party.

On Wednesday morning the Basque Nationalist Party (EAJ-PNV) also confirmed its support, in exchange for obliging Spain’s central government to agree upon the de-escalation of lockdown measures with regional governments.

With the relaxing of restrictions for children from Sunday 26 April – after 43 days confined at home – they were allowed out for an hour accompanied by a parent, guardian or elder sibling. From Saturday 2 May – after 48 days in confinement – adults across Spain were allowed out to walk and exercise during set time slots. Now Spain is in the initial Phase Zero of the Spanish government’s ‘four-phase de-escalation plan‘ to relax lockdown restrictions over a maximum 8-week period.

Coronavirus in Spain full update (8 May)