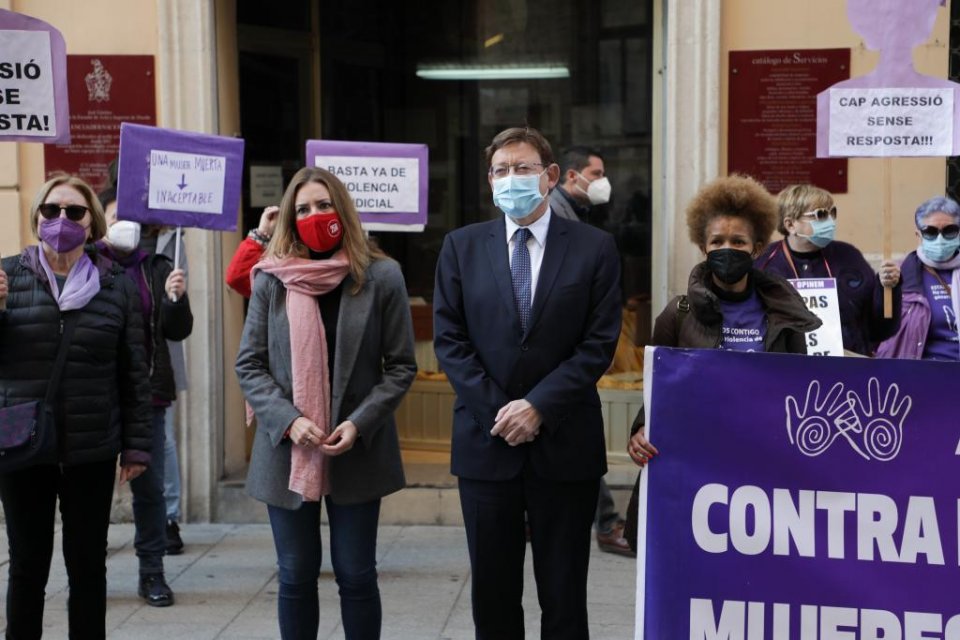 Valencia and Alicante are the two best cities to live in, according to a survey of expats. The questionnaire was carried out by expat online community, Internations, which compared 66 cities from around the world.

Valencia, which came number one on the list, was noted for having easily accessible and reasonably priced healthcare, as well as for the amount of leisure options on offer and, of course, the good weather. Two thirds of those surveyed said it was easy to make friends here while 84% said they found it easy to adapt to the local culture.

Alicante, which came in second place, was described as a ‘retirement paradise’, appropriately as nearly 40% of expats are retirees, and 83% said they felt at home here.

Lisbon took the third place while other Spanish cities were also included: Malaga came 6th, Madrid 9th and Barcelona was placed at number 25.

Across the region there were a number of events to mark International Day for the Elimination of Violence against Women on Wednesday.

Valencian regional health minister Ana Barceló said that in 2019 a total of 4,697 medical reports of suspected abuse against women were filed in the region. Almost 16% of those were in accident and emergency departments. She said that during a screening process of almost 97,000 women, 1,422 cases of gender violence had been detected by health professionals. Of those 693 were physical abuse, 1,298 psychological abuse and 129 sexual abuse.

She added: ‘The health system shouldn’t only protect us from physical illness, but also from social diseases like machismo.’

In Benidorm a minute’s silence was held outside the city council’s building, to remember women who have lost their lives at the hands of aggressors. So far this year that figure stands at 41.

For anyone suffering abuse or concerned that someone else is, there is a helpline number: 016. Calls are free and the number doesn’t leave any trace on the bill. The line is available 24 hours a day and offers help in 52 different languages. Help is also available online at: www.violenciagenero.igualdad.gob.es

Work has begun in Orihuela to exhume 17 victims of the Franco dictatorship who were shot and buried in a pit 81 years ago.

The executions were carried out on 24 October and 17 November 1939, shortly after the end of the Civil War following a short trial. The victims, from Orihuela, Benferri, Jacarilla, Redován, Almoradi, Catral and Torrevieja were accused of being Republicans.

The task of locating the remains of the 17 victims, who will eventually be returned to their families, began at the civilian cemetery area of Orihuela’s Parochial Cemetery, and is being carried out by Drakkar Consultora, a company specialising in archaeological excavation work, with a budget of nearly €24,000 from the department of Democratic Quality. The Orihuela exhumation is one of four locations being searched in the Valencia region, at a total cost of nearly €75,000. The other sites are in Castelló, Segorbe and Alicante.

Minister for Participation, Transparency, Cooperation and Democratic Quality, Rosa Pérez Garijo, visited the Orihuela excavation site this week. She said: ‘Each time we return the remains to a family, we are giving back some dignity, not to the victims as they never lost it, but to our country.’

The Valencian government set out its proposal for restrictions over the festive season this week. The plan from president Ximo Puig and his team will be put to the central government in Madrid along with those from the other regions. While Madrid still seems to support the maximum number for social events as six people, Valencia is asking for that to be extended to 10 on certain days, namely 24, 25 and 31 December and 1, 5 and 6 January. Puig and his team are taking a realistic view, assuming that many people would be likely to break the rule of six anyway. They would extend the current midnight curfew to 1am and also lift the perimeter closure of the region on those same dates.

While not in favour of holding Three Kings’ Parades, the popular San Silvestre runs or other similar events which involve large crowds, there was support for static kings’ parades and still Nativities with controls on capacity, tickets and clearly marked routes.

The same regulations as now would apply for all cultural, sporting, hospitality and commercial activities.

Valencian health minister Ana Barceló stressed that 92% of Coronavirus outbreaks in the Valencia region were related to socialising between friends and families, adding: ‘It’s a very high figure which we must bring down. Responsibility is on the part of each person.’

This past week the Valencia region reached the rather morbid milestone of 100,000 cases since the start of the pandemic. Infection rates began to fall, however, with the number of people testing positive for Coronavirus decreasing slightly from 10,105 last week to 8,282 this week.

There have been 147 deaths recorded this week, down on last week’s 157. The number of patients being given the all-clear has remained similar at 9,743, compared to last week’s 10,583.

Protests against the ‘Ley Celaá’

Protestors against the controversial new education law, the Ley Celaá, have been out in force in Valencia this week.

The new law, which was narrowly passed last Friday after a heated debate in Madrid, aims to avoid segregation of students for socioeconomic or other reasons, and improve the quality of education and equality for all pupils.

They argue that as concertado schools are publicly funded (ie, the government pays the teachers’ salaries) the allocation of students to those schools should also be in the hands of the government.

But those opposed to the LOMLOE, as it is officially known (Ley Orgánica de Modificación de la Ley Orgánica de Educación), say that it limits parents’ right to choose the type of education they want for their child and poses a threat to concertada schools as well as special schools.

Last Sunday members of Valencia’s right-wing People’s Party (PP) set up a petition against the new law for people to sign. They based themselves in the heart of the city at the ‘Mercado Colón’ where there were long queues outside in the street and, according to the Valencian PP, there were ‘500 signatures in the first hour’.

The week before a convoy of buses from concertado schools drove through the city’s streets adorned with orange ribbons and balloons. The schools, many of which are religious, believe the new law limits the freedom of choice, plurality and diversity of education.

The most controversial areas of the new law are those which relate to language and religion. Across Spain the importance of regional languages continues to grow, a trend supported by the left-wing Valencian government. However, there are those in the education community who believe families should have the right to choose how much emphasis is put on the regional language, in our case Valencian, in the education of their children.

Religion is another area affected, being downgraded from a subject whose mark counts towards a student’s average, to an optional subject with no weight. Single sex schools are also to be abolished under the law which will come into effect in the 2021-2022 academic year

This new law, the LOMLOE, is just the latest in a game of political ping-pong where each time the government changes from left-wing to right-wing they try and make sweeping changes to the education system. Spain has the worst rate of school abandonment in the European Union, defined as those aged 18 to 24 who do no further studying or training after leaving secondary education. In January 2020 the rate of abandonment was 17.3% (and even 20.2% in the Valencian region) when the EU aim is 10%. So, rather than fighting over which language subjects should be taught in or whether religion be compulsory or not, perhaps more time should be dedicated to bringing down drop-out rates and improving the quality of education and classroom behaviour.