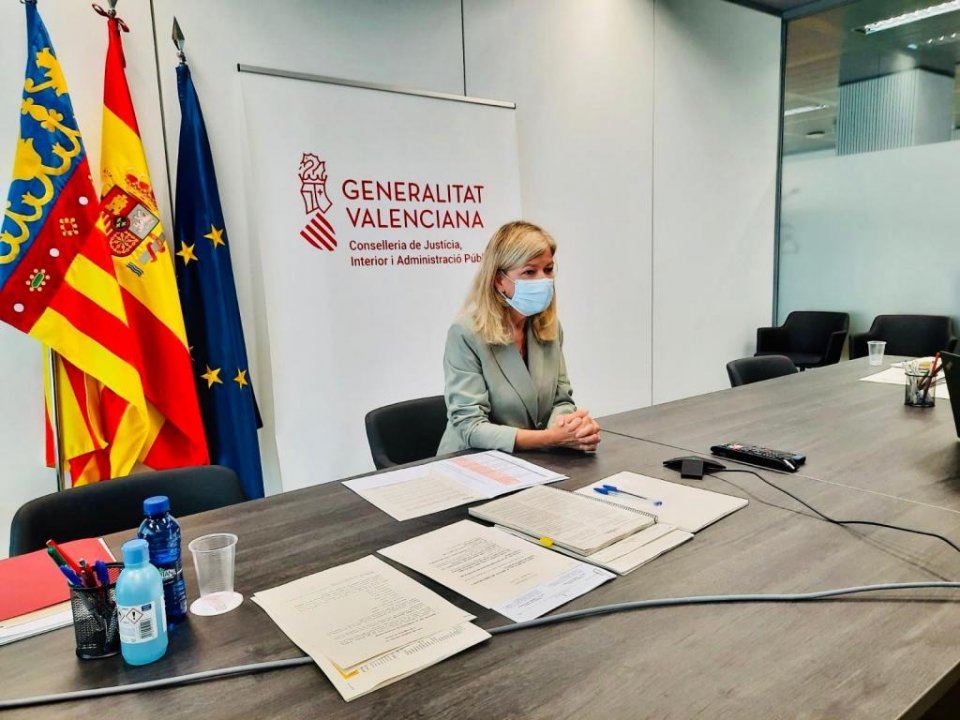 Valencians are being encouraged to call the police if they suspect their neighbours of flouting new Covid-19 restrictions brought in under Spain’s new ‘state of alarm’.

Valencia’s regional Minister for Justice, Interior and Public Administration, Gabriela Bravo, has asked citizens to let the police know if they see any gatherings or parties where social distancing with the maximum number of six people is not being observed.

The entire region of Valencia has been under a midnight-6am curfew since Saturday. The Valencian government, led by Ximo Puig, announced the new restrictions even ahead of the state of alarm declared on Sunday. The maximum number of members in a family or social gathering in public spaces is limited to six people, and also in private spaces between people who do not live together. The restrictions are in place until at least 9 December.

The call from Bravo comes after a weekend that saw 300 warnings for violation of the restrictions and just days before Halloween, which has become increasingly popular here in recent years, seeing large groups of youngsters congregating.

On Monday Bravo met with the national government delegate Gloria Calero and representatives of the security forces to coordinate the new additional measures brought in on Saturday.

Bravo said that the security forces would be ‘very vigilant’ with regards to parties being organised as an alternative to the regulated nightlife, where social distancing might not be observed and the maximum gathering size of six people could be surpassed.

She made a call to citizens that ‘if anyone knows of these parties, not to hesitate to call the police because the compliance of these norms is going to help us all to protect everyone from the virus. The fact of a neighbour saying they are going to call the police will, I’m sure, have a deterrent effect. More than penalising, we want to warn people.’

She emphasised the importance of the new measures published on Saturday, saying: ‘I want to insist on our civic responsibility. It’s important to respect the night-time curfew between midnight and 6am.’

Great initiative by the Minister and we are hopeful this curfew will reduce the number of cases soon.
We stand with my second home Spain in this difficult times.

That’s a lot of paranoia for a virus that is less dangerous than normal seasonal flu. Do we really want to turn into a police state like China or north Korea?
What is really going on here? Why are all you journalists so dishonest?

Disgusting. I’m sure the authorities won’t be there to help you push your broken down car, or help you with that missing ingredient. Turn on thy neighbour, divide and conquer. Shame on you if you’re a snitch, this virus is based on false positive figures, the mortality rate is extremely low and the motivation behind it seems to be to control the people using fear and lies. Do your research, listen to the experts who aren’t getting the mainstream coverage, there are many.

Report thy neighbour? So kinda like how Judas reported Jesus to the Romans? Got it.