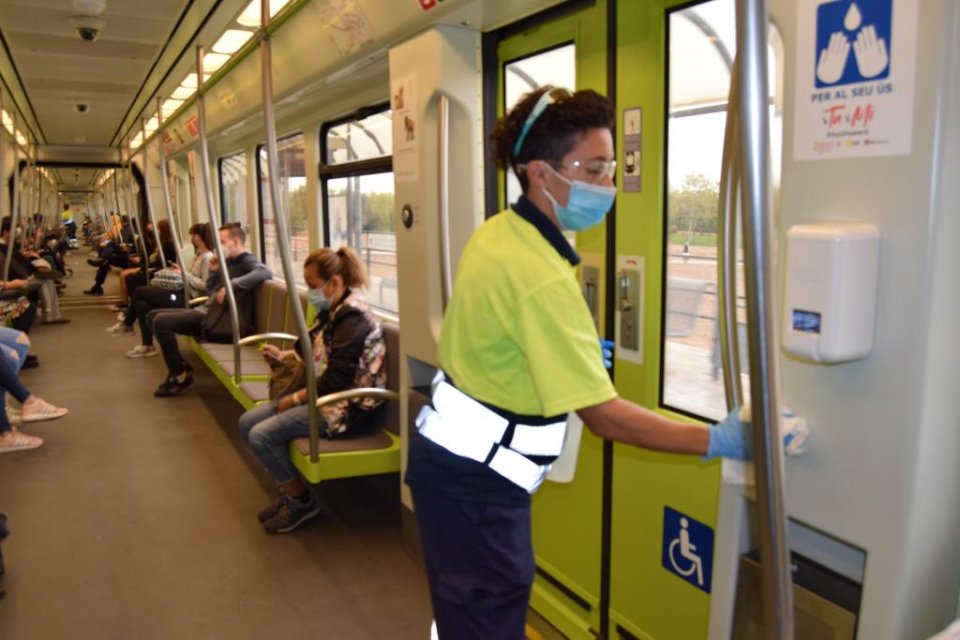 A far cry from the hedonistic celebrations that usually mark Benidorm’s fiestas, this year the city’s patron saints were remembered in a different way.

The second week of November is usually one that draws large crowds for five days of partying, in honour of Benidorm’s patron saints, San Jaume and Santa Ana, but this year there was a ‘notable calm’ according to the city’s mayor, Toni Pérez.

On Monday an open-air mass, attended by around 400 people, was held at the Julio Iglesias auditorium in the Parque de l’Aigüera, in memory of those from Benidorm who have lost their lives to Coronavirus (Covid-19).

Pérez thanked citizens for their ‘responsibility and sensitivity shown to overcome the natural festive impulse, which surfaces and fills the city with life every November with large celebrations’.

The mayors of Orihuela and Torrevieja unveiled plans this week for a new trainline to join their two towns. The project, which would cost an estimated €277.6 million, was presented at Orihuela’s Intermodal station on Tuesday.

Designed by civil engineers from Alicante University, the project would also involve the building of three stations, at Bigastro-Jacarilla, San Miguel de Salinas and Torrevieja, giving residents from the area much easier access to Orihuela and also the high-speed AVE trains between Murcia and Madrid, when they begin running.

Orihuela mayor, Emilio Bascuñana, and Torrevieja mayor, Eduardo Dolón, have received the backing of provincial government president, Carlos Mazón. Mazón described the plan as ‘a safe bet’, saying that it would bring jobs and investment to the area around the two towns. Orihuela and Torrevieja have a combined population of around 160,000.

For more than 20 years Payasospital have been bringing smiles to the faces of hospitalised children in the Valencian region. During the pandemic they have been continuing their cheery work, with the necessary safety precautions, of course, visiting children in their hospital rooms in six of the eight hospitals where they normally go. In the others, the children have received video calls.

Payasospital is made up of profesional artists and volunteers who entertain children who find themselves in hospital long-term.

In order to support their work Payasospital brings out a calendar every year which is now available at El Corte Inglés for €3. Many parents’ associations also support the organisation and sell calendars in their schools. Any individuals, companies, schools or institutions wanting to sell the 2021 calendar can get in touch via email: ana.ramos@payasospital.org

PCR for travellers coming into Spain

For foreigners living in Valencia and hoping to go back ‘home’ for Christmas and then return to Spain, things got a little more complicated this week. On Thursday the Spanish health ministry announced that travellers arriving in Spain from 23 November onwards would need to provide a negative PCR test from their departure country taken within the previous 72 hours. Only PCR tests will be accepted, not antigen or antibody tests. The government has listed 65 ‘risk’ countries, including the US, UK, Germany, France, Belgium, Russia, Ireland and Switzerland, but the list will be reviewed every 15 days and updated, according to the Coronavirus situation.

The countries on the list can be checked at the Health Ministry website. There is one slight ray of hope, however, in that the rules only apply to travellers coming into Spain by air or sea and not those travelling by land. You can also read the full report here: Spain to require visitors from high-risk countries to present negative PCR tests.

The rapid rise in both new infections and deaths continues in the Valencia region. This week the health department reported 11,112 new infections, way up on last week when there were 8,879. There were 8,348 all-clears, compared to 7,153 last week. The number of deaths has increased by more than 50% with a total of 130 people dying from Covid-19 this week, compared to 83 last week.

Meanwhile, in an attempt to bring down infection rates, users of public transport are being asked to travel in silence. The plea comes from the Valencian government’s Mobility Department, led by Arcadi España, and the department on which the Metrovalencia network, the Alicante TRAM and the Metrobùs intercity buses depend. It follows a Ministry of Health report that points to significant evidence of infections through the air, via aerosols expelled by infected people, being a main cause of transmission.

The Mobility Department is seeking to raise awareness among citizens to avoid transmission when traveling on public transport, therefore, and where many people are concentrated in the same space. ‘Following the indications of the experts, which is the basis on which we implement all the measures that we have been introducing in public transport, we recommend that travellers make their journeys in silence as a preventive measure,’ Arcadi España said on Thursday.

While the reduction of capacity and use of face masks are compulsory, the latest measure is a recommendation only. Somewhere like the London tube, where people travel in stoney silence and think you’re a loon if you strike up a conversation, it wouldn’t be a problem. But given the chatty nature of the Spanish, I wonder how successful it will be.