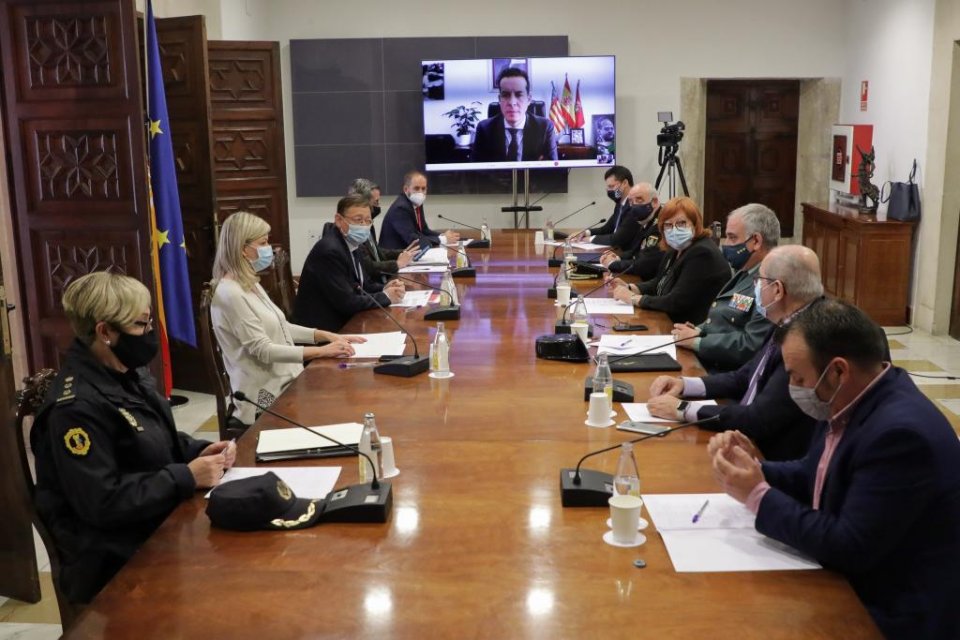 With just days to go before Christmas, Valencia has seen Covid-19 infection rates soaring, and as sure as night follows day, more hospital admissions and more deaths will follow higher infection rates. Against this background, the Valencian government took the decision to tighten restrictions on Thursday, announcing a maximum of six people in any social or family situation and with a maximum of just two households together over the festive period. [Full report here: Valencia Region tightens its Covid-19 restrictions from 21 Dec until 15 Jan]

But then on Friday, when the new rules were published in the DOGV (the Valencia government’s official bulletin for new laws), there was a slight change and the two-household ‘rule’ had been downgraded to a ‘recommendation’. So, in theory, six individuals from different households can meet up for Christmas lunch, but two families of four cannot. What is clear, though, is the rule of six people maximum. This has meant families having to make last minute changes to their plans while others are still undecided.

200 at another illegal student party

The student residence Galileo Galilei is once again in the spotlight after police had to break up an illegal party of 200 youngsters in the early hours of Saturday.

According to reports, there were dozens of youngsters inside the building, not respecting social distancing, nor wearing face masks, which are obligatory.

The residence was at the centre of a large outbreak of Coronavirus back in October, with 160 positive cases, and which lead to the suspension of classes for 20,000 students at Valencia’s Universidad Politècnica.

Both the national and local police attended the residence in Avenida Naranjos just before 1am on Saturday morning, after they received complaints about a party.

According to reports from the local police there were around 200 students, although the national police described students gathered in small groups in communal areas who returned to their rooms once the officers arrived.

On Tuesday Valencia beat its daily record for Coronavirus infections with 2,841 new cases recorded. This week has seen six consecutive days with more than 2,000 new infections each day.

Given that there was a holiday at the start of last week, numbers were expected to rise as people socialised more, and as predicted this week the number of infections has shot up, with 13,457 new cases being recorded, compared to last week when there were 6,802. There have been 8,333 all-clears (8,665 last week) and 137 deaths (104 last week).

There have been 280 new outbreaks this week, compared to 276 two weeks ago, with 58 work-related (41 last week), 16 related to education (13 last week) but socialising remains the main source of infections at 206 outbreaks (169 last week).

It was announced on Wednesday that Valencia’s Plaza del Ayuntamiento would be closed for New Year’s Eve and controlled by police to avoid people visiting the square. It usually sees thousands welcoming in the new year at the traditional campanadas. Between 75 and 100 extra police officers are also to be deployed.

The group Gama (a special police unit set up to check compliance of restraining orders) will, however, have a punto violeta in the centre of the city in case any women need to report acts of aggression. Anyone suffering aggression can phone the Red de Centros Mujer 24-hour helpline on: 900 58 08 88.

Just 5.7% of the Valencian population have had Coronavirus

According to a study carried out between Spain’s Ministry of Health and the autonomous regions, just 5.7% of Valencians have tested positive in a rapid test at some point during the Coronavirus pandemic. The province with the highest prevalence in the study was Castellón with 9.3%, followed by Alicante with 6.1% and Valencia at 4.6%, all below the national average of 9.9%.

Also read: Study estimates that 10% of Spanish population have already had Covid-19

A boy saved his mother’s life this week after she fell unconscious by sending WhatsApp audio messages to a family group.

The woman, who had suffered a cardiovascular accident was unconscious when the boy recorded the messages. Emergency services were alerted about the situation, came to the home where they broke the door down and attended to the woman who was pregnant.

Head of the department for Emergency Responses of the Valencia Region, Jorge Suárez, praised the boy’s action at such a young age. However, he also added that in such a situation some children might have called 112 because it’s an easy number to remember. He took the opportunity to stress how important it is that children know the emergency telephone number 112 which can save lives.

Puig: ‘Not everything goes through Madrid’

At an event marking the tenth anniversary of the arrival of the high-speed AVE train to Valencia, the regional president, Ximo Puig called for progress to be made on the city’s AVE connection with Barcelona. He said that ten years after the first journey ‘is the moment to rethink the AVE as an instrument for the transversal cohesion of the real Spain. A Spain in which not everything goes through Madrid, nor is everything in Madrid.’

The event was also attended by Spanish transport minister José Luís Ábalos who said that the AVE had been an absolute change which had altered the lives of citizens and defended its profitability, because it had made distances shorter.

Valencia’s mayor, Joan Ribó, was also in attendance and asked the minister to improve the network of local trains and carry out as soon as possible the Túnel Pasante, an ambitious project for an underground railway tunnel to cross the city, so that Valencia ‘doesn’t become the railway traffic lights of Europe’.