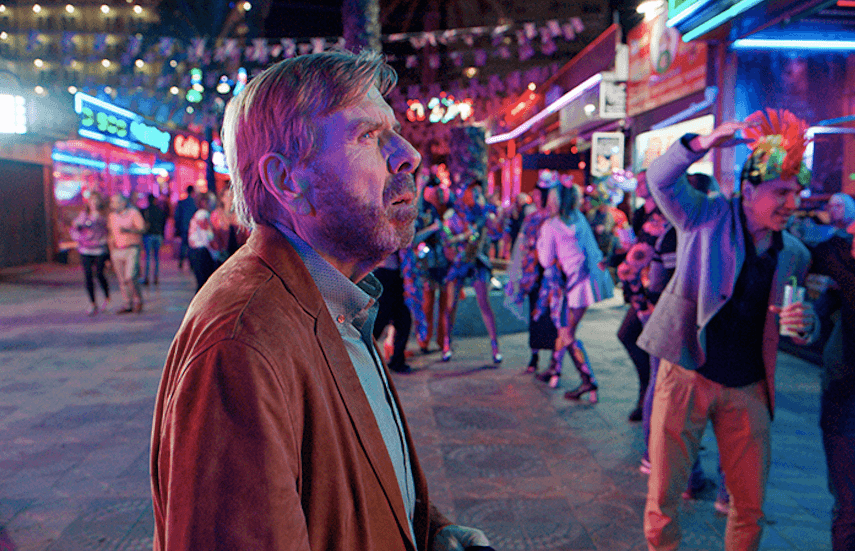 Some pubs and discos have re-opened this week following a change in regulations. Nightlife venues, which have been closed since 18 August, are now allowed to open their doors between midday and midnight, as long as they comply with Covid-19 safety restrictions on social distancing and capacity. However, they can’t have live music, dancing or shisha (cachimba) pipes.

While they are permitted to serve food, they are being asked not to, so that they don’t take customers away from restaurants. Likewise, it is hoped that restaurants will refrain from serving after dinner drinks, to support nightlife venues.

It Snows in Benidorm

The quirky thriller, It Snows in Benidorm, starring British actor Timothy Spall and set in the Mediterranean city of high rises, hit cinemas across the country this weekend.

The film, made on location and finished just days before the first State of Alarm was announced back in March, is from Spanish director Isabel Coixet and can be seen in the original version with subtitles. Coixet has described the film as, ‘an unclassifiable thriller about belated love, weather phenomenon and the poet and writer Sylvia Plath in Benidorm.’

Set amidst the co-existence of Benidorm’s English and Spanish communities, which seem to inhabit parallel universes, it tells the story of Peter, a recently retired quiet man, who comes to Benidorm in search of his brother, only to discover him missing.

The first pregnant woman to die of Covid-19 in the Valencia region was confirmed this week. The 40-year-old, who was four months pregnant, was admitted to Hospital La Plana in Vila-real on Monday with Covid-19 symptoms. She was taken to intensive care and died on Wednesday, according to reports from Radio Castellón.

In the run-up to the festive season, when many people may be considering taking a rapid Coronavirus test before visiting vulnerable family members, the health department in Valencia has come out and advised against using the rapid antibody tests for diagnosis.

Speaking on Friday, Valencia health minister, Ana Barceló, said that they can give a false positive or a false negative, which would then lead to a false sense of security and lead to people letting their guard down. She said: ‘They don’t say whether you have the illness or not, or if you are incubating it.’ She reiterated the importance of maintaining Covid safety measures and that we must all comply with them.

She said the only information the antibody tests can give is if we have already had the illness and are only recommended for scientific studies of how many people have had Covid-19.

The Valencian government has launched a new campaign to support the region’s products, trades and businesses, to encourage people to buy locally ‘now more than ever’.

Persimmon from La Ribera del Xuquer, turrones and marzipans from Jijona and Alicante, D.O. wines from Utiel and Requena, are just some of the diverse products from the region.

During the presentation on Wednesday, Valencian president Ximo Puig asked people to be ‘happy and responsible’ this Christmas, complying strictly with the Covid-19 rules from the health department.

He asked people to give Valencia businesses the ‘support they deserve’ this Christmas. He also advised shoppers to buy in advance to avoid large crowds.

He called on people to enjoy a ‘happy and responsible Christmas, consuming Valencian products and to do it in advance in an orderly way because it’s absolutely necessary that we don’t lose in a few days what we’ve gained so far.’

On Wednesday 16 December, the Valencian health department’s blood donating campaign begins and anyone able and willing to donate is encouraged to do so. The campaign by Valencia region’s blood transfusion centre is being held in association with Radio Valencia/Cadena Ser.

However, despite blood supplies always being needed, not everyone’s blood will be accepted. When I lived in the UK I was a regular blood donor, and I donated a couple of times when I lived in Aragon, but the last time I went to give blood here there was a new question on the list: ‘Had I lived in the UK for more than six months during the 80s and 90s?’ As I had, I was turned away. Has anyone else experienced this?

The ban on donations from former UK residents is to do with concerns over vCJD, or more colloquially Mad Cows’ Disease. But in October last year, following relaxation of the restrictions in Ireland, a report published by The Lancet suggested it was time to rethink the ban on former UK-based donors.

Spain is not alone in not wanting blood from former UK residents, but with a resident expat population of just over 80,000 in the Valencia region alone, I’d say they’re missing a trick.

Spanish state takes over Franco’s ‘summer mansion’ from his heirs

Both my wife and I were regular UK blood donors. We have been resident in Spain for almost 17yrs and are still turned away on the CJD question. We were never infected with said disease and always accepted for blood in the UK.