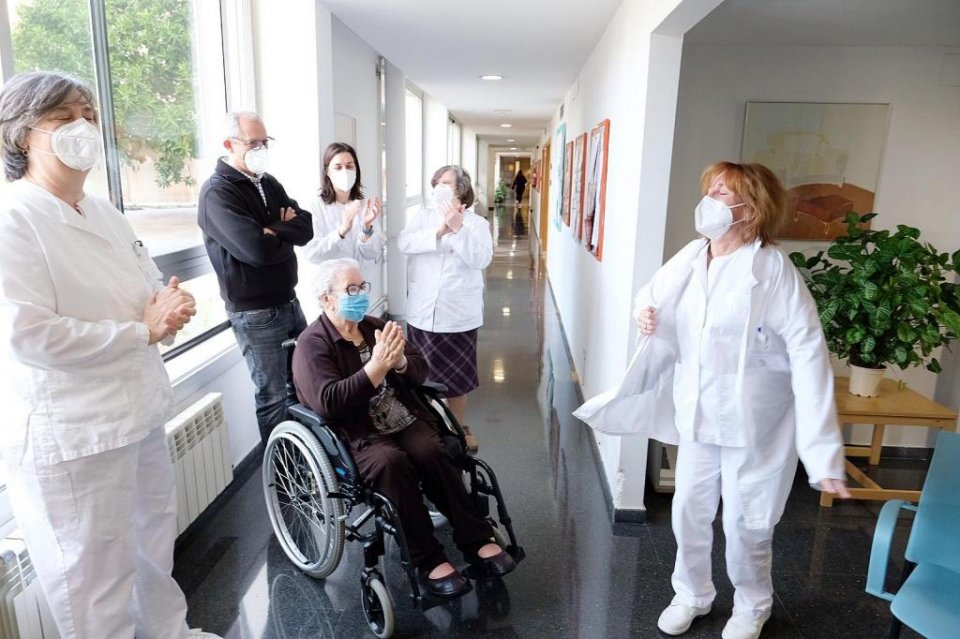 Report below updated in Spain at 20h on Thurs 21 Jan

The latest official figure* released by the Spanish Health Ministry on Thursday 21 January for the number of people who have tested positive for Coronavirus (Covid-19) since the start of the pandemic is now 2,456,675. This is an overall increase of 44,357 against the figure released on Wednesday. The ministry claims that 18,504 of these infections have occurred in the past 24 hours – yet again a new record for the daily increase since the start of the pandemic.

Wednesday had seen an overall increase of 41,576 cases against Tuesday, with the ministry claiming that 18,500 had occurred in a 24-hour period. Tuesday had seen an overall increase of 34,291 over Monday, yet 15,578 in a 24-hour period. The ministry has not released figures during the weekends or on national holidays since Friday 3 July.

There are currently 26,542 people requiring hospital treatment for Covid-19 in Spain, of which 3,734 are in intensive care. This now represents a 36.28% occupation of intensive care beds by Covid-19 patients.

The official figure* for the total number of Coronavirus-related deaths on Thursday 21 January is now 55,041 – an increase of 404 since Wednesday. It is now a total of 1,285 deaths in the past 7 days.

Latest figures (up to 21 Jan) show that Spain has now received 1,346,100 doses of Covid-19 vaccines (from Pfizer-BioNTech and Moderna), and that 1,103,301 jabs have been administered. This is 82% of total vaccines received. 49,056 people have now received a second jab. In a separate report, we have published the amount of vaccines received and administered for each region in Spain. Latest: Covid-19 Vaccinations in Spain

Of the 18,504 new infections claimed by the Health Ministry to have only been registered in the past 24 hours on Thursday 21 January, the numbers per region are as follows:

On 27 December, Spain started to administer its first vaccinations against Covid-19, with the  Pfizer/BioNTech vaccine. The country is scheduled to receive 350,000 doses of this vaccine per week over the next three months. On 13 January, supplies of Moderna vaccine also arrived in Spain. Announcing Spain’s Vaccination Strategy at the end of November, it was also confirmed by the health ministry that there are advance purchase agreements for Covid-19 vaccines with AstraZeneca/Oxford, Sanofi-GSK, Johnson & Johnson/Janssen and Curevac, in addition to Pfizer/BioNTech and Moderna.

The health ministry has also released a list to summarise how it has divided the entire Spanish population into 15 groups in order to administer the vaccine (full report: Spain’s Health Ministry divides the population into 15 groups for vaccination). For the latest data on the number of vaccines received and administered per region in Spain, click here: Covid-19 Vaccinations in Spain

In a separate report and being regularly updated, we have detailed all the curfew times and key restrictions in place for each region of Spain. Most regions have issued border closures and there are many municipality confinements. Many regions have also restricted the opening hours of bars and restaurants, or ordered their closure. Our full, on-going report is here: Details of curfews & restrictions for all regions of Spain during ‘State of Alarm’

Sánchez, pending Junqueras report, still hopes to be sworn in prior to ‘Three Kings’