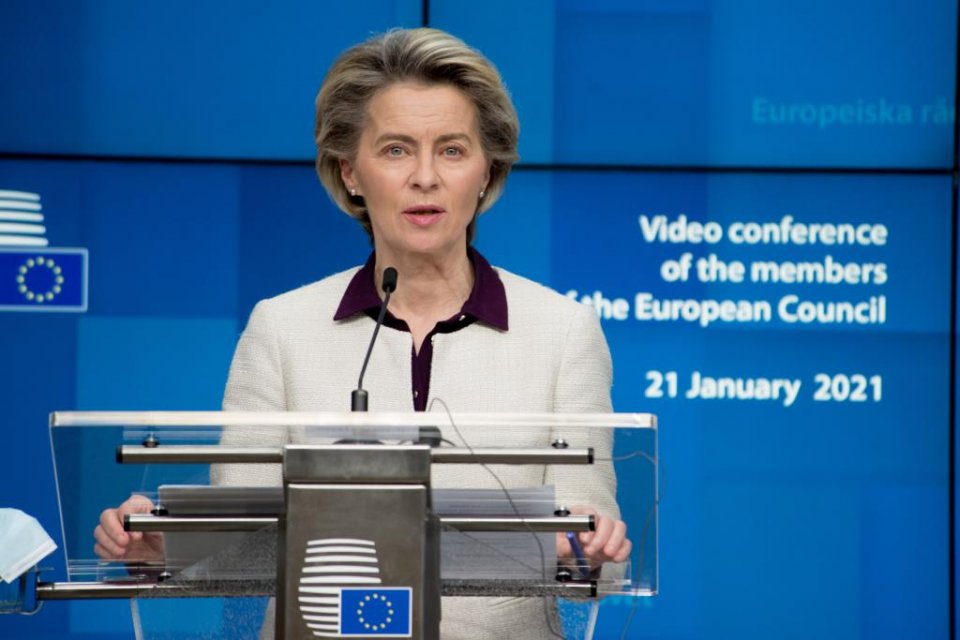 European Union leaders meeting via video link on Thursday ‘strongly discouraged’ citizens from non-essential travel and warned that tighter restrictions on trips could come within days to further combat Coronavirus.

EU leaders Ursula von der Leyen and Charles Michel issued the warning after a four-hour video summit with the heads of government of the EU’s 27 states, and which focused on responding to the second wave of the pandemic – which some nations already refer to as the third wave.

EU leaders agreed that borders needed to stay open to ensure the functioning of the single market, including the flow of essential goods and services – and that no ‘indiscriminate travel bans’ should be imposed by individual states. However, measures restricting non-essential travel across the EU may be needed to contain the spread of Covid-19.

The EU ‘may need to review its recommendations on intra-EU travel and non-essential travels into the EU in light of the risks posed by the new virus variants’, it was agreed.

Hotspots of Covid-19 infections in the EU will be labelled ‘dark red’ zones, and travellers from those areas will be required to take a test before departure and undergo quarantine, the chief of the bloc’s executive said.

‘A dark red zone would show that in this zone, the virus is circulating at a very high level,’ von der Leyen told a news conference after the video meeting. ‘Persons travelling from dark red areas could be required to do a test before departure, as well as to undergo quarantine after arrival.’ The system would apply to travel within the EU, she said.

‘All non-essential travel should be strongly discouraged both within the country and of course across borders,’ von der Leyen said.

Michel, president of the European Council, said: ‘It will be probably necessary to take additional restrictive measures in order to limit the non-essential travels and that is the orientation that we are taking.’

Both added that further coordination on that issue would be made in ‘the next days’. However, both also said the EU wanted to avoid a repeat of the height of the first wave, in March last year, when several member states panicked and closed off national borders unilaterally, triggering travel and economic chaos.

‘It is absolutely important to keep the single market functioning,’ von der Leyen said, so that workers and freight can continue to cross borders. The European Union is ‘one epidemiological zone’, she said.

‘We will only contain the virus if we have targeted measures, and not unnecessary measures like a blanket closure of borders, which would severely hurt our economy, but not very much restrict the virus.’

But to avoid closing the intra-EU borders in the passport-free Schengen zone, testing needs to be stepped up, leaders agreed.

From Sunday, anybody arriving from outside the EU — possible only for those with essential reasons — could have to have a test for Covid-19 before departure, von der Leyen said.

Within the EU, some countries will apply prior testing for cross-border trips that do not come under essential categories such as workers and truck drivers.

From Sunday France will require a negative PCR test 72 hours before departure for most European arrivals other than those on essential travel, President Emmanuel Macron told the European Council. Spain had already introduced this measure since November.

The Spanish government has also extended the restrictions on flights from the UK in order to prevent the spread of the Covid-19 variant discovered there. The current ban is now in place until 6pm on 2 February, with Spanish nationals and residents being the only groups still eligible to travel. Passenger ships between the UK and Spain are similarly affected.

does this include people already vaccinated against covid 19 because people who have been vaccinated was a way back to some form of normallity so if you still need to prove you are negative with a p.c.r test before you can travel at extotioate prices which is far from getting back to normal and a money racketering exocise by all you governments .if you have had both vaccines and have a certifacate to prove that then that should be adiquate or what is the point having it

Control the pricing of test,it’s becoming a scam chargeing 165 Euro.. She wants to have restrictions then let EU pay for it