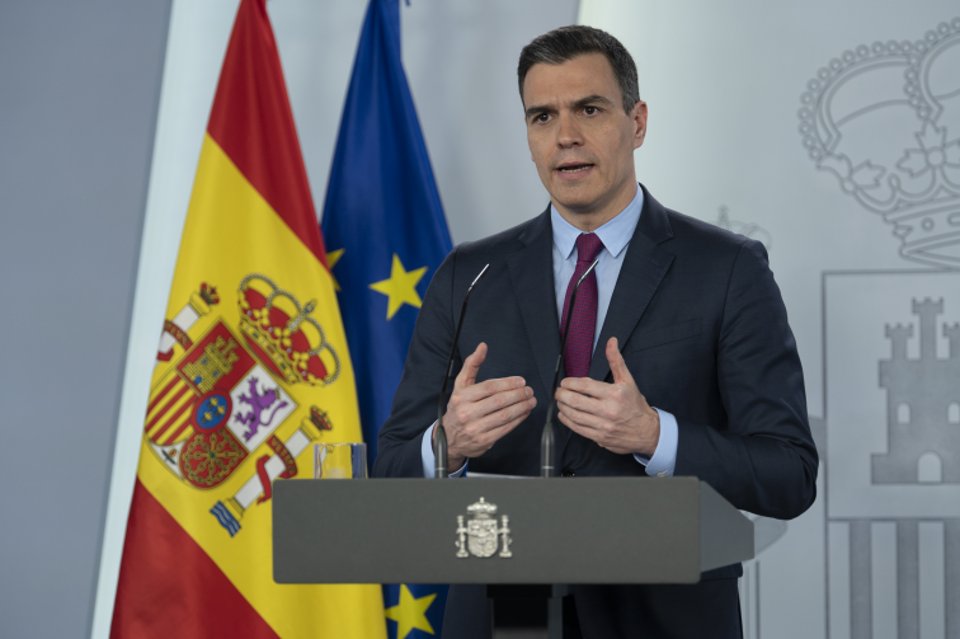 The Spanish government has approved another nationwide ‘State of Alarm’ to combat further cases of Coronavirus (Covid-19), following an extraordinary cabinet meeting held on Sunday morning. The key purpose is to enable the regional governments of Spain the legal requirements to impose and enforce nightlife curfews and other restrictions, where required.

The new decree imposes an initial nighttime curfew for the whole of Spain from 11pm-6am for 15 days, although regional authorities are allowed a margin of one hour to bring forward or back these times. The curfew measures do not apply to the Canary Islands. The measures of the new decree allow the regions to:

With nighttime mobility restrictions, only those people who are going to work or returning from work, or who travel due to force majeure, such as for a medical emergency or to care for a dependent person, will be allowed to be out.

In a separate report (and being regularly updated), we have detailed all the curfew times and key restrictions in place for each region of Spain. You can find it here: Details of curfews & restrictions for all regions of Spain during ‘State of Alarm’

The new decree was announced by Spanish Prime Minister Pedro Sánchez on Sunday, following the extraordinary cabinet meeting. The measures come into effect immediately and have now been published in the Boletín Oficial del Estado (BOE). The state of alarm is in place for an initial period of 15 days, but Sánchez also announced that his government is seeking to have it extended for a maximum period of six months, up until 9 May 2021.

A state of alarm is an emergency measure in Spain that can only be declared by the central government in order to limit the fundamental right of freedom of movement. The previous nationwide state of alarm began on 14 March. As it could only be in place for a maximum of 14 days at a time without a vote in parliament to extend it, there followed six debates in the Spanish Congress in order to prolong it until 21 June [see details below].

Last week Spain became the first Western European country to register over one million cases of Coronavirus since the start of the pandemic. The latest figures released on Friday 23 October show that the number is now 1,046,132 – with the official death toll at 34,752.

Over the past few weeks, there have been increased restrictions imposed by many of Spain’s regions, including the closure of all bars and restaurants across Catalonia. Since Friday, however, 11 regions called for state of alarm measures over concerns that the courts could prevent them from being able to enforce nightlife curfews and other mobility restrictions.

By Saturday, the Basque Country, Catalonia, Valencia, Cantabria, Asturias, Extremadura, La Rioja, Navarra, Castilla-La Mancha, the Balearic Islands and the autonomous city of Melilla had all asked the central Spanish government to impose state of alarm measures. On Saturday afternoon, the Valencia regional government led by Ximo Puig even advanced the announcement of new curfew measures to take effect from 1am on Sunday until 9 December. Full details here: Valencia region imposes curfew, ahead of state of alarm.

In Catalonia, it had been reported that the government was seeking to restrict mobility from 10pm until 6am as soon as the state of alarm is in place. Closing schools has also been considered, according to the Catalan government spokesperson Meritxell Budó.

A state of alarm was imposed on the region of Madrid on Friday 9 October, which ended yesterday [Saturday 24 October]. Madrid regional authorities have since announced new measures to come into effect.

On Friday, Pedro Sánchez said that the situation in Spain was ‘serious’ but insisted that it was not as serious as it had been in March. He said that ‘the next months will be very hard’ and that citizens should do all they can to avoid a new national lockdown. He appealed for ‘social discipline’ and ‘team spirit’ in order to ‘flatten the curve’.

On 14 August, however, Spain announced strict new measures on nightlife across the whole country – as well as a ban on smoking outside, where social distancing cannot be maintained. The wearing of face masks also remains obligatory. Each region of Spain imposed the nightlife and socialising restrictions following their own timetables – and some regions have made restrictions even tighter. In Catalonia, for example, all bars and restaurants have been closed for 15 days since Friday 16 October, permitting takeaway and delivery services only. A state of alarm was imposed on the region of Madrid on Friday 9 October, which ended on Saturday 24 October. The Madrid regional authorities have since announced new measures.

In English, “un estado de alarma” would be better translated as a “state of emergency.” The word “alarm” is not suitable to describe a governmental declaration and plan, although it works in Spanish. In English it has the connotation of panic and being out of control. I don’t think the Spanish government really wishes to give that impression.