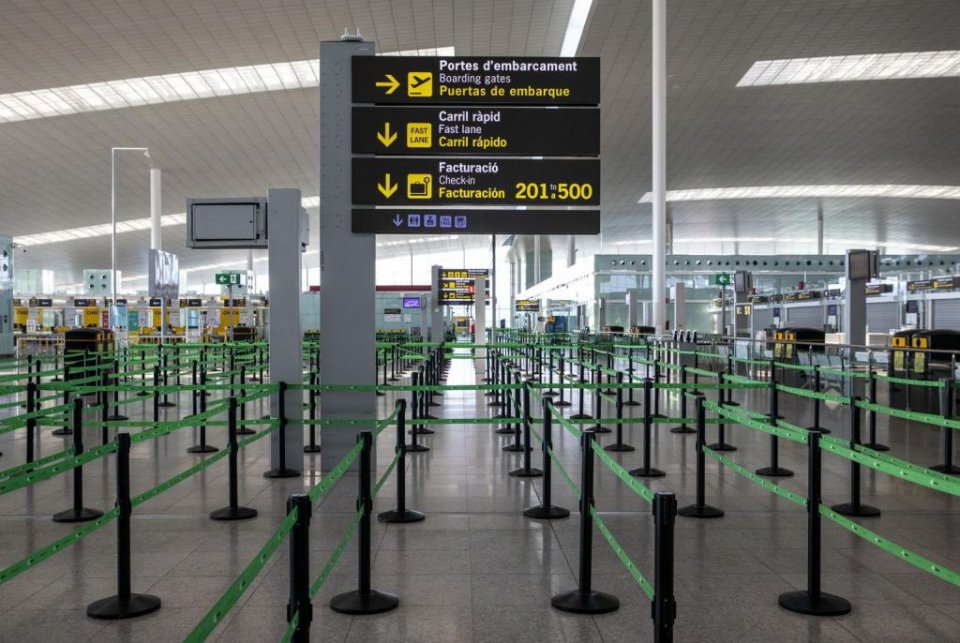 Spain has changed the Covid-19 test requirements for travellers arriving from today [Thursday].

Since 23 November, Spain had introduced the obligation to show a negative PCR test, taken within 72 hours of arrival from a high-risk country, in order to enter Spain via airports and ports. Travellers can face fines of up to €6,000 for failing to provide the details. The full rules previously stated that all passengers are required to do so, ‘regardless of their nationality, age or any other consideration’.

From today, however, a negative result from a TMA (Transcription-Mediated Amplification test) will also be valid, ‘and other tests based on equivalent molecular techniques’. Spain is also removing the obligation to present any negative test for children under the age of six.

The changes were made following a meeting of the Inter-territorial Health Council on Wednesday and announced by health minister Salvador Illa following that meeting. The new rules have now also been published in the Boletín Oficial del Estado (BOE).

In addition to these changes, the Health Ministry has also announced that the test results can be presented in French or German, and not just in English or Spanish, as was the case up until now.

The Transcription-Mediated Amplification test is a blood plasma analysis and has been developed by the multinational group Grifols, of Spanish origin. Samples can be taken in a similar way as a PCR test, via a nasal swab. The results come back in about two hours, however, instead of four for a PCR test, and a TMA test is usually cheaper. The Spanish government has still so far ruled out antigen tests as being acceptable for travellers.

The Spanish Health Ministry has said that, ‘The TMA test is a molecular viral RNA detection technique with equivalent reliability for the detection of SARS-CoV-2’.

On Monday, Spain’s Foreign Minister, Arantxa González Laya, had acknowledged that ‘there may be adjustments’ in the obligation to show a negative result from a PCR test in order to enter Spain from a high-risk country.

Speaking in Brussels on Monday, González Laya had said she was ‘aware’ of the many complaints received from different sectors and that her team had been ‘examining’ some of the issues.

In response to questions whether antigen tests instead of PCR tests could also be accepted, González Laya simply had said ‘when they are sufficiently reliable’.

Regarding recommendations from the European Commission last week, which stated that quarantine or PCR tests should not be necessary between European regions with a similar incidence rate of Coronavirus, González Laya had referred to what was approved by EU leaders at the October European Council meeting. ‘At the last European Council [meeting], they chose to replace quarantines with PCR,’ she’d said. ‘And when it is estimated that they can be abolished, then we will do so.’

Last week, the European Centre for Disease Prevention and Control (ECDC) and the European Aviation Safety Agency (EASA) also warned that asking for a negative test could be a dangerous policy. Airlines have also expressed their concern over the rule, urging that an antigen test be required instead.

The Spanish government has now also published the latest update of countries from which a negative PCR test is needed in order to enter Spain by air or sea, and it now also covers the Christmas arrivals period.

The list, in force from 14-27 December, only contains slight changes compared to the previous one, in operation until 13 December. Here’s the latest list of countries (working for both 30 November to 13 December and 14 December to 27 December):

Where can i get a tma test in the UK? I can’t find a single clinic that offers it.

Where can I find a TMA test in southern England? Cannot find one anywhere

I’m also looking, can’t find anything except PCRs which cost more than the flight.

We have some problems in Sweden, it is impossible to find a clinic. PCR-test is available but it takes at least 48 hours to receive a answer and then you are at risk to missing your flight

We are Spanish Residents we live in Arboleas Almeria We are returning from the UK by Eurotunnel then by car through France into Spain.Do we need to have a negative test?

We don’t believe you do. The negative test results are required by travellers arriving via airports and ports.

I am driving to spain through france. Do i have to have a pcr test. I will not be coming by boat or air.

As replied above, the requirements are for travellers arriving via airports or ports.

We are expecting to fly to Malaga from the UK mid January : what will the Spanish authorities require for entry regarding us being Covid free ?

We are planning to Polish to Spain. Are TMA test antigenic? In Poland laboratories do not know term TMA

I read “Spain in English” each week and find it interesting and informative. However, I was surprised the Ireland was not included in the list of EU-EEA countries requiring the PCR test. Why was this?