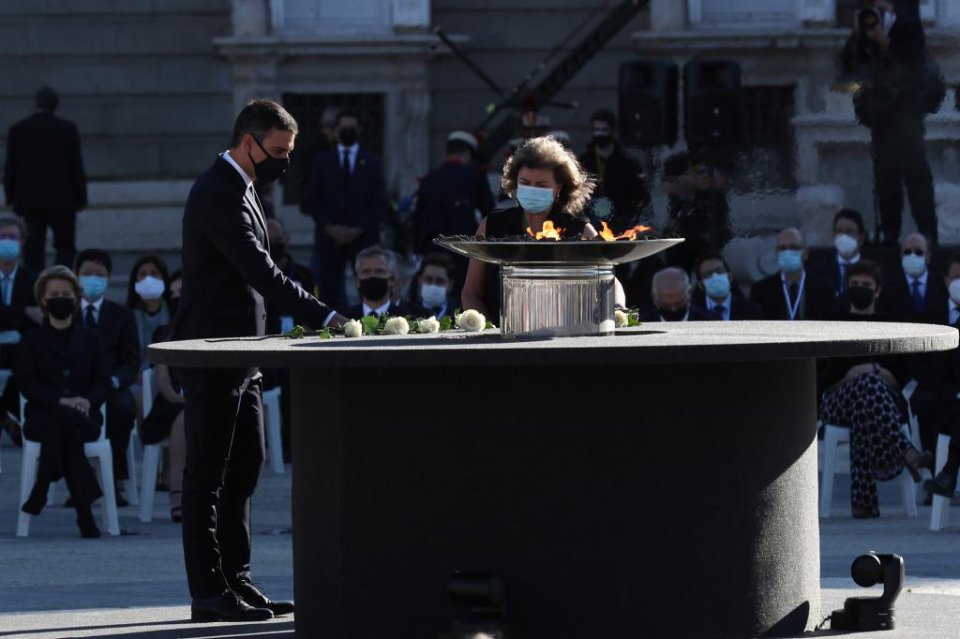 Report below updated in Spain at 18h on Thursday 16 July

The latest official figure* released by the Spanish Health Ministry on Thursday 16 July for the number of people who have tested positive for Coronavirus (Covid-19) is now 258,855. This is an overall increase of 1,361 against the figure released on Wednesday – but with the ministry stating that 580 of these infections have occurred in the past 24 hours.

At a press conference to analyse the figures on Thursday, Fernando Simón, the director of the Health Ministry’s ‘Coordination Centre for Health Alerts and Emergencies’, said that there is ‘community transmission’ in Aragón and Catalonia, and that ‘it is worrying’. He also said that ‘measures being taken can have a significant impact’ on stopping the spread.

Wednesday had shown an increase of 390 new infections in 24 hours (but an overall increase of 875 over the figures released on Tuesday).

Tuesday had shown an increase of 263 new infections in 24 hours (but an overall increase of 666 over the figures released on Monday).

Independently of the way that Spain’s Health Ministry presents its figures (above), the regional health department in Catalonia has released its own data on Thursday showing that a further 1,293 new cases of Coronavirus have been registered there in the past 24 hours. It surpasses the highest daily figure for two months – and for the fourth time this week.

Yesterday’s figure was 938 infections in Catalonia in 24 hours.

According to the Catalan health department, the county of Segrià (Lleida) has registered 178 new cases and L’Hospitalet de Llobregat, south west of Barcelona, 123 new cases.

The Ministry of Health’s official figures* for Thursday 16 July also now show that there have been a total of 28,416 Coronavirus-related deaths in Spain – an increase of 3 over Wednesday.

Ada Colau, Mayor of Barcelona, has ruled out introducing confinement measures to combat the increase of Coronavirus infections in the Catalan capital, but has said that ‘containment measures’ are being studied.

After a meeting on Wednesday with Alba Vergés, Catalan health minister, Colau said that, ‘there is no talk of confinement of the city but the door is open to some measures’.

On Wednesday Barcelona City Council reported 29 active yet ‘small’ outbreaks in the city, most of them involving three to five confirmed cases, but some with over ten people.

Spain paid tribute to over 28,400 victims of Coronavirus on Thursday, at a state ceremony in Madrid attended by various EU and World Health Organization (WHO) dignitaries, and presided over by King Felipe VI.