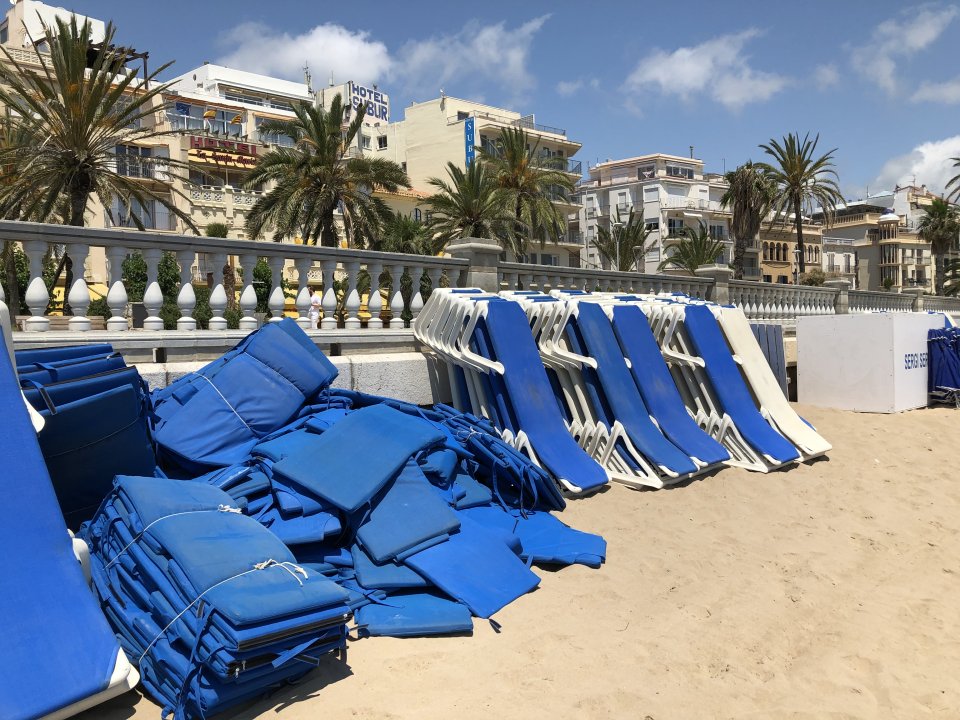 Spain is slowly preparing to welcome tourists again – both national and international – as the country has now completed half of its four-phase de-escalation plan that officially started on 4 May and was expected to last around 8 weeks – until a ‘new normality’ starts from towards the end of June.

Whether international tourists arrive this summer in the numbers that Spain’s tourist sector needs and is used to, however, is another matter.

Due to the Coronavirus (Covid-19) pandemic and the travel lockdown across Europe and beyond, recent figures from Spain’s National Statistics Institute (INE) showed that no tourists at all arrived in the country during April – yet nor would they have found a hotel open if they had.

Spain normally receives around 83m visitors a year, its tourism sector accounts for 12.3% of the country’s GDP – and it also generates more than 2.6m jobs in the country.

On Wednesday the Spanish Congress voted for a sixth and final extension to the ‘state of alarm’ until 21 June – but it also comes with further relaxing of restrictions.

If the current downward trend of controlling the pandemic continues, mobility restrictions across Spain are due to be lifted by at least 21 June, regardless of the lockdown phase that each region, province or healthcare zone is in by that day. The coordination of lifting mobility restrictions will also be the responsibility of the regional governments.

This will at least allow national tourism to kick off between most regions, depending on the status of infections in each area – as prime minister Pedro Sánchez also recently recommended citizens should start planning national vacations from the end of June onwards.

As for Spain’s beaches, many local councils in coastal regions have now started to allow sunbathing in the latter half of Phase Two – and it will be fully permitted in Phase Three, yet with many health and social distancing measures in place.

As half of all workers on Spain’s temporary layoff schemes, known as ERTEs, are also from the tourism industry – it is clear that the Spanish government is keen to reactivate the sector as soon as it is safe to do so.

The Spanish government, through the Minister for Transport, José Luis Ábalos, and the Minister for Industry, Trade and Tourism, Reyes Maroto, recently set out to assure the tourist sector itself that travellers would be able to enjoy a safe summer season.

During a video-conference with business owners in the sector – including the participation of the General Secretary of the UN World Tourism Organisation, the ministers highlighted that the positive figures on the evolution of the pandemic and ‘the speed with which the de-escalation is unfolding’, particularly in some areas, pointed to ‘the goal of opening up Spain to tourism as from 1 July‘ – as indeed Pedro Sánchez had also recently announced.

The two ministers said that it was a joint task being developed by the Ministries of Transport, Foreign Affairs,  Home Affairs, Health, and Tourism, in collaboration with European partners.

Measures for the ‘new normality’

The ministers stated that during the remaining weeks before 1 July, the government plans to take the necessary steps to lift the restrictions on mobility, working on several scenarios:

All actions will be carried out based on three premises:

According to government figures, 8 out of 10 international tourists that visit Spain come through airports.

The Spanish Air Safety Agency (AESA) and the European Centre for Disease Prevention and Control (ECDC) have published their recommendations for the sector, which will be applied in two phases:

First stage, while the pandemic continues

A series of investments will be made, both in technological development and in infrastructures, to allow the application of permanent social distancing measures at airports in the future.

Italy reopened its borders to European travellers on Wednesday 3 June as the continent slowly emerged from quarantine. International flights were only expected to resume in three main cities: Milan, Rome and Naples.

Germany is to also lift its blanket travel warning for European nations from 15 June, and replacing it with warnings for individual countries.

Spain reiterates that international visitors must wait until 1 July

For generations, tourists have visited Spain to relax and enjoy themselves. If the country continues to make that difficult, if not impossible, travellers will find other places to spend their holiday time and money.