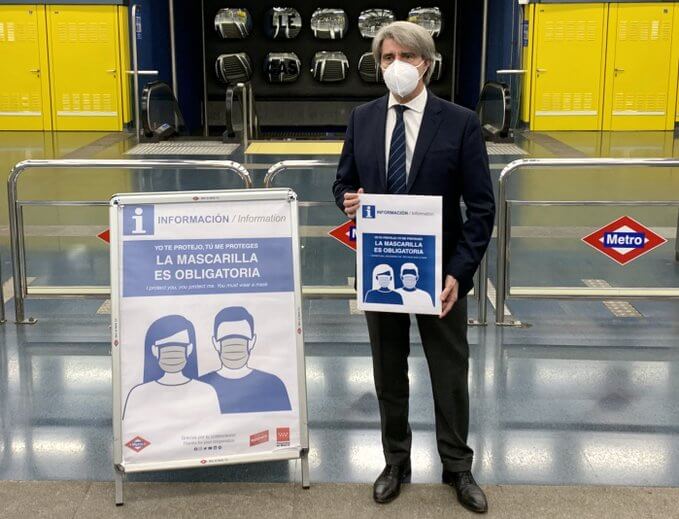 Report below updated in Spain at 19h on Tuesday 5 May

The latest official figures* released by Spain’s Health Ministry in Madrid at 11.15am on Tuesday 5 May confirm that 25,613 people have now died from the pandemic in Spain, up by 185 on yesterday.

The current official figures released daily by the Spanish Health Ministry are for the total number of people who have only tested positive for Coronavirus through a PCR (polymerase chain reaction) test. That figure for Tuesday 5 May is 219,329 – an increase of 867 over yesterday.

Monday’s figure for the increase in infections tested only through PCR had been 356 over Sunday. Sunday had been an increase of 838 over Saturday for those confirmed by PCR testing. The equivalent figure for Saturday had been 1,147.

The current peak of recorded infections for a 24-hour period in Spain was on 31 March, when 9,222 new cases were registered (including from PCR and other testing).

Some restaurants and cafés in Spain also reopened on Monday, but only for people to collect food, or for a takeaway delivery service.

Businesses such as bookshops, hardware shops, hairdressers and ‘workshops’ also reopened, but for visits by appointments only. Only one customer can be served by one employee at a time. Some regions are permitting stores of up to 400 metres in size to reopen – but for customers with an appointment only.

Preference hours at these establishments are being given to people aged over 65 in Spain. Restrictions for professional sports have also been lifted from Monday. Individual training sessions are now allowed, without time limits. Players in professional leagues are also now allowed to train individually at their clubs.

We have published all the key rules and guidance for walks and exercise (for both adults and children) in a separate report, together with all details of the Four Phases of the Spanish government’s plans for the lifting of lockdown measures. It is being regularly updated when new measures are officially announced. The report can be found here: Lifting of lockdown in Spain – full details of all phases

‘State of alarm’ extension not guaranteed

Spain’s socialist (PSOE) Prime Minister Pedro Sánchez is to officially seek a further extension to the current ‘state of alarm’ lockdown in the country during a debate in the Spanish Congress this Wednesday 6 May. But it is not guaranteed that he will succeed.

Sánchez announced on Saturday that he will seek an extension to the lockdown for a further 15 days until 25 May.

Pablo Casado, the leader of Spain’s main opposition party, the right-wing People’s Party (PP), has stated that ‘as things currently stand’, his party will not support the extension.

Pedro Sánchez is the head of the socialist PSOE party and currently leads a coalition government in Spain with the left-wing Podemos group.

With the relaxing of restrictions for children from Sunday 26 April – after 43 days confined at home – they were allowed out for an hour accompanied by a parent, guardian or elder sibling, to walk, run, cycle, scooter or play. From Saturday 2 May – after 48 days in confinement – adults across Spain were allowed out to walk and exercise during set time slots. Now Spain is in the initial Phase Zero of the Spanish government’s ‘four-phase de-escalation plan‘ to relax lockdown restrictions over a maximum 8-week period.

Pedro Sánchez is first seeking to extend the ‘state of alarm’ in Spain for a further two weeks until 25 May – and then possibly one or two weeks further again – during this de-escalation period.

During the last debate held in the Spanish Congress on 22 April to extend the lockdown until 9 May,  Sánchez received fierce criticism for his government’s handling of the Coronavirus crisis during the debate.

Pablo Casado, leader of the PP, demanded that Sánchez should ‘apologise for his mistakes’ and that the Spanish people were fed up with the government of Sánchez being full of self-pride, ‘incompetence and lies’.

‘Do you think that by not counting the dead [from Coronavirus], that they disappear like when children cover their eyes?’ said Casado. ‘Why do you hide the deceased? Why don’t you publish the actual figures? Why do you not recognise any of your errors?’

Latest figures released shows that the number of unemployed people in Spain is now 3,831,203 – representing an increase of 7.87% and 282,891 more people during April.

Below are the numbers to call for each region of Spain for information and assistance in the event of possible cases of Coronavirus.

Please support Spain in English with a small donation.

Coronavirus in Spain full update (4 May)

Thank you for all the great work you are doing for us.
My Spanish neighbours told me that it can be now two people in the car going to supermarket. Is it true?
Regards kasia

Thank you, Kasia. With regards your question about two people in the car, please refer to our separate article: https://www.spainenglish.com/2020/05/05/lifting-lockdown-spain-full-details-phases/

THE LINK GIVEN ABOVE BRINGS UP “NOT FOUND”

Sorry – we don’t understand why that previous link states ‘not found’. This should work:
https://www.spainenglish.com/2020/05/09/lifting-lockdown-spain-full-details-phases/