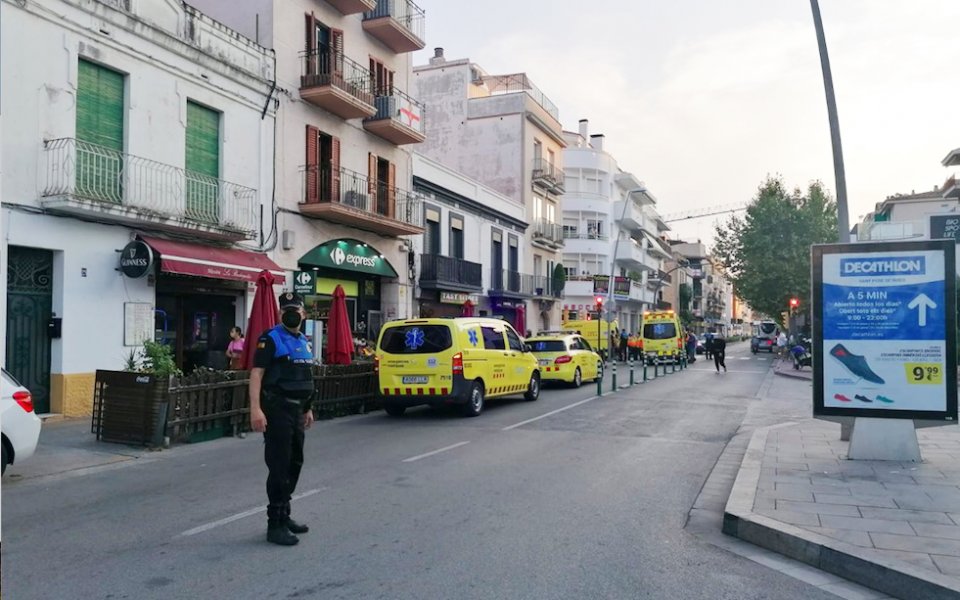 A tyre from a municipal cleaning truck exploded yesterday in central Sitges, causing minor injuries to a woman and her two children.

The incident took place at 7.40pm in Can Perico, in front of the Sínia Morera, causing quite a commotion, especially due to the extensive arrival of emergency vehicles, which also forced traffic to be diverted.

The tyre burst for unknown reasons and its shockwave affected the family who were driving next to the vehicle at the time. Although at first some of the attendees thought there could be major injuries, the situation was eventually confirmed as being mild.

Four ambulances were dispatched to the scene and attended to those affected. There were also two patrols of the local police, which, in addition to attending to the injured, controlled the traffic, as ambulances occupied one of the two lanes of Passeig de Vilanova. The events caused a long queue of traffic.