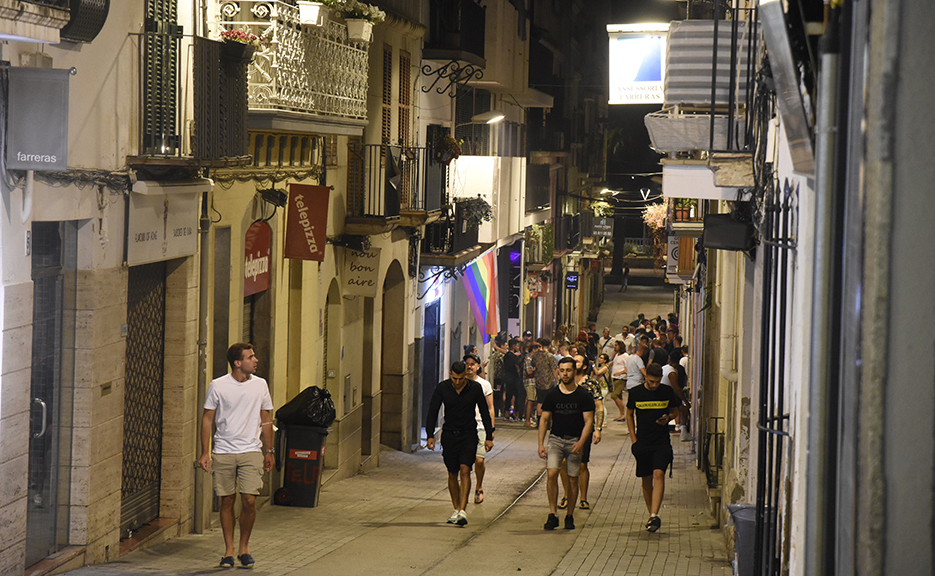 The age range of those testing positive during this new wave of Covid has now expanded from just the younger generations and started to affect older profiles. In both Sitges and Sant Pere de Ribes, the average age of new cases is now already 31 years.

When the fifth wave first broke out, the average age of positive cases dropped dramatically. In Sitges it went from 45 years old on 15 June to 30 a week later. The trend continued to decline as the effects of Sant Joan became more evident, and on Tuesday 6 July it reached 26 years of age. In the last few days, however, it has risen again and reached 31 on Friday.

In Sant Pere de Ribes, the new cases had reached an average age of 52 just after Sant Joan. But a week later it was already 31 and on Tuesday 6 July it was 24. By then, the effects of the festivities had also become apparent.

The slight average age increase in recent days is a result of the gradual reduction of new cases among the younger generation, once the peak of the effects of the last week of June had been reached. With the new positive cases being confirmed, it is now also affecting young people around 30 years of age who have already received a first dose of the vaccine, but not yet the second.

Coronavirus in Spain (19 July) – weekly hospitalisations increase by over 65%