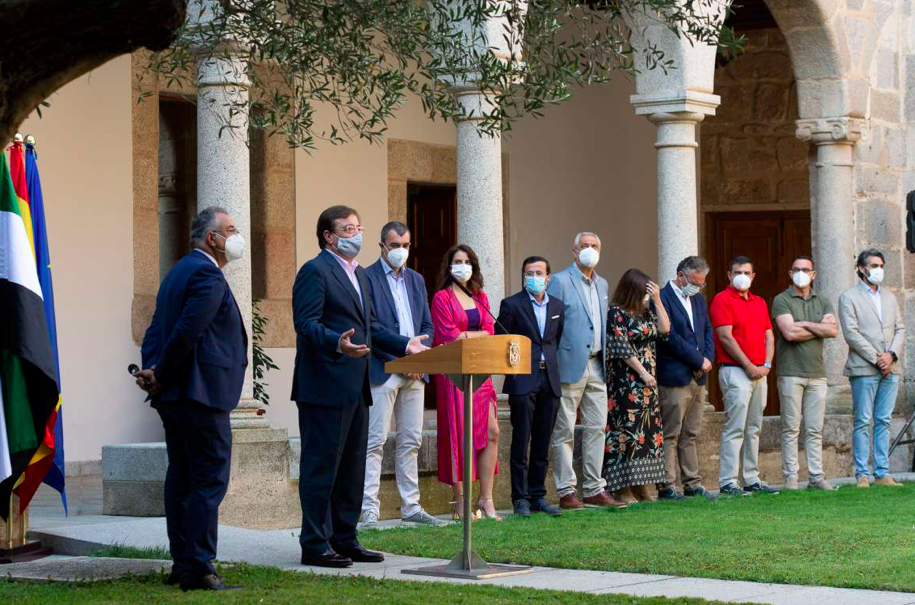 On Saturday, Extremadura registered 428 new cases of Covid and 12 hospitalisations. The previous day, the region had reported 440 new cases and 10 hospitalisations. The figure is, however, lower than that declared on Thursday which was 482 positives. Last Friday also saw three new outbreaks, one in Badajoz with three positives and 22 contacts, one in Talavera la Real, with seven positives and 14 contacts, and the other in Guareña, with four positives and 24 contacts. The accumulative incidence rate has now risen to 370 cases per 100,000 inhabitants over 14 days.

The latest figures state that there are currently 48 hospitalised Covid patients in Extremadura, three of which are in intensive care.

The number of total deaths remains at 1,771 – a number that has not been showing any significant increase in recent weeks due to the vaccine rollout.

The on-going rise in Covid infections means that the towns of Trujillo, Jaraiz de la Vera and Montehermoso will close their borders. They are expected to be given authorisation to do so later today [Monday]. Once given the go-ahead, the town halls will announce the specific date of the closures. Less than two weeks ago, the borders of Torrejoncillo and Malparitda da Plasencia were also closed for the same reasons. Both towns are yet to re-open.

The Superior Court of Justice of Extremadura recently rejected requests to reintroduce curfews in Plasencia, Montehermoso and Jaraiz de la Vera. The governing council of the Junta de Extremadura, responded by calling a meeting to discuss alternatives to control the recent spike in infections whilst respecting the decision of the court.

Vuelta Ciclista a España to promote Extremadura throughout the world

The Vuelta Ciclista a España will include three stages in Extremadura this year, an event that the president of the Junta de Extremadura, Guillermo Fernández Vara, has recently reffered to as ‘the most profitable advertising product that we have been able to make’.

In what has been a difficult year for Extremadura and the rest of the country, Vara mentioned that aside from the fact that such an event can have a positive emotional impact on the people of this region, it is also ‘an investment in promotion’.

Extremadura’s inclusion in the La Vuelta means that for the three days in which the event is present in the region (27-29 August), its villages, towns, and landscapes will be exposed to millions of viewers across the world. The route in Extremadura will cover 350km and will reach viewers in 190 countries worldwide.

A gathering recently took place at the headquarters of the presidency of Extremadura, in Mérida, in which a campaign with messages of support for the event, and its three day stint within the region, was announced.

Some of these messages came from the likes of athletes such as Alberto Contador, José Manuel Calderón and Perico Delgado, as well as high profile sports personalities such as Alejandro Blanco (President of the COE), Vicente del Bosque (former national soccer coach) and Luis de la Fuente (coach of the Olympic soccer team).

Their intention is to encourage fans to follow the three stages of the event that take place in Extremadura. Specifically, the route will encompass the towns of Villanueva de la Serena, Don Benito, Guadalupe and Navalmoral de la Mata, as well as the regions of La Siberia, La Serena, Vegas Altas and Las Villuercas. Click here for details of La Vuelta.

The Museum of Roman Art in Mérida recently announced that it will offer free entry to visitors throughout the summer. The lifting of the entrance fee, which is normally 3 euros, has already come into effect and will last until 30 September.

Those who visit Mérida and take advantage of the new freebie will have access to all 30 rooms, displaying artefacts from the Roman times that were found in the city, as well as the exhibition of Visigothic art.

Throughout the summer, the museum is open from Tuesday to Saturday, from 9.30am to 8pm, and on Sundays and bank holidays from 10am to 3pm.

‘Freedom Day’ to compulsory jabs: how different countries in Europe are facing the latest wave