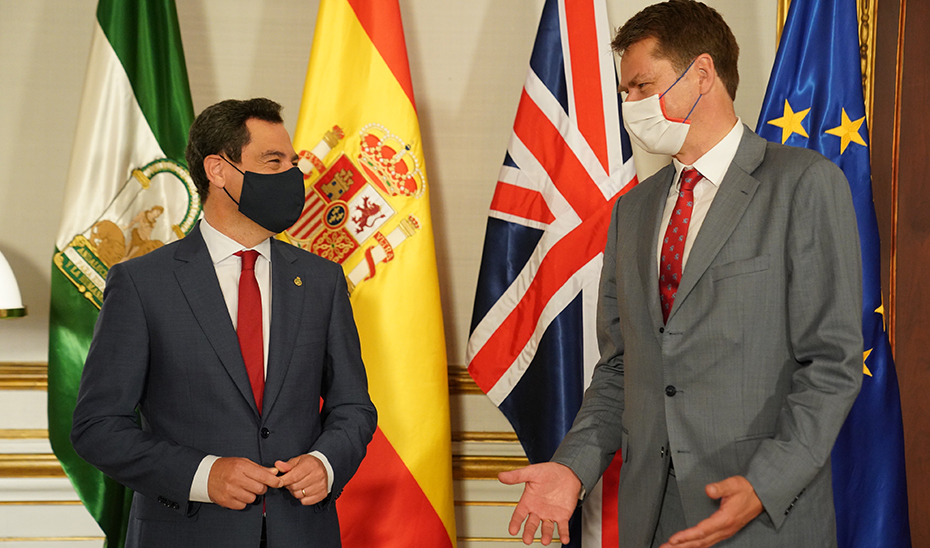 Latest: Coronavirus in Spain figures (28 May)

Spain’s regional leaders in key destinations have asked Hugh Elliott, British Ambassador to Spain, to discuss with his government about allowing UK tourists to travel freely to Spain this summer, without the need to quarantine on their return.

Currently, Spain is on the UK’s ‘amber list’ of destinations, meaning that Britons have to quarantine at home for 10 days on return. The British government has also stated that amber listed countries should be off limits for all but essential travel, therefore effectively still ruling out opening up Spain to British tourists in any great number.

On Monday, Spain paved the way for British tourists to start returning, when it officially lifted restrictions for UK travellers to allow non-essential travel without quarantine or the need to provide a PCR test, although a health declaration form is required.

There is an increasing urgency to plan for re-opening the country to British tourists, as Spain’s epidemiological situation improves, and the vaccination programme continues to make progress in reducing the incidence rates across all regions.

The tourism sector was devastated last year, with an 80% reduction on 2019’s figures, and there is now a pressing need to recover from lost revenues.

In recent days, Elliott has been travelling to regions that are recognised as key tourist destinations for UK travellers. He has met with tourism leaders and regional presidents, keen to discuss kickstarting tourism to help hospitality businesses to recover from the devastation of last year’s ‘lost summer’.

On Tuesday, Elliott met with Juanma Morena, president of the Junta de Andalucía, during a visit to the Palacio de San Telmo, the seat of the Andalusian government in Sevilla.

During the meeting, Moreno highlighted to Elliott the progress of the region’s vaccination programme, that forecasts that nearly 75% of Andalusia’s population will have been vaccinated by the end of June, and all those over 40 years old having received at least one dose.

Tourism in Andalusia is an important contributor to the region’s economy, with an estimated 3 million Britons visiting there each year, along with around 110,000 who are permanent residents.

Moreno explained to Elliott that Andalusia is ‘fully prepared to open up tourism with the maximum guarantees for everyone’ and that the ambassador would be an important link to help convey this to the British government when reviewing and updating travel guidance.

Over the last few days, Ximo Puig, president of the Valencia regional government, has also met with Elliott in Madrid to discuss the possibility of opening up the Valencian region to British tourists, even if the rest of Spain remains off limits.

Puig said that the Valencia region has the lowest Covid-19 rate across Europe, with a cumulative incidence rate of less than 30 cases per 100,000 inhabitants.

During the meeting at the British Embassy, Elliott also highlighted the strong commercial relationship between Britain and the Valencia region, with deep ties with both British tourists and residents.

He said that he was hopeful that tourism will resume soon, when the situation allows for tourists to return in significant numbers again.

Just when that is likely to be is a question that many are keen to know the answer to, not just for tourism, but also for those who are resident in Spain and longing to visit family in the UK.

Many have expressed their frustrations about not being able to travel to the UK to reunite with family members, as the 10 day quarantine requirement effectively rules this out.

Mark Woolf, the former president of a residents’ community on the Costa Brava with a large proportion of British owners, told Spain in English that he felt that ‘separate consideration should be given to those British residents in Spain, many of us fully vaccinated against Coronavirus … who urgently wish to travel on short trips, often of less than a week, to see loved ones in Britain. The apparent ban on us doing this in a way where we do not have to self-isolate in a hotel is unfair and unjustified.’

‘The colour-coded country system is a very blunt and clumsy tool when it comes to considering real human beings,’ said Woolf. He added that the UK should show ‘initiative when it comes to allowing in its own nationals for short stays when they pose no additional risk to either themselves or the British population’.

The next review of the British government’s travel list is expected to take place on 7 June, followed by continued updates every three weeks.

According to The Telegraph newspaper, British Prime Minister Boris Johnson told colleagues that there were ‘quite a few’ countries that were close to being added to the green list in early June.

Spain, however, is not expected to be one of these added at the first review, but tourism chiefs and Hugh Elliott will be keen to increase the chances of making the green list later in June or early July.

ALSO READ: Spain lifts restrictions for travellers from the UK from Monday 24 May

ALSO READ: EU to open borders to fully-vaccinated travellers – yet UK still has Spain on ‘amber’

Over 20,000 fans can attend Spain-Portugal friendly in Madrid on 4 June