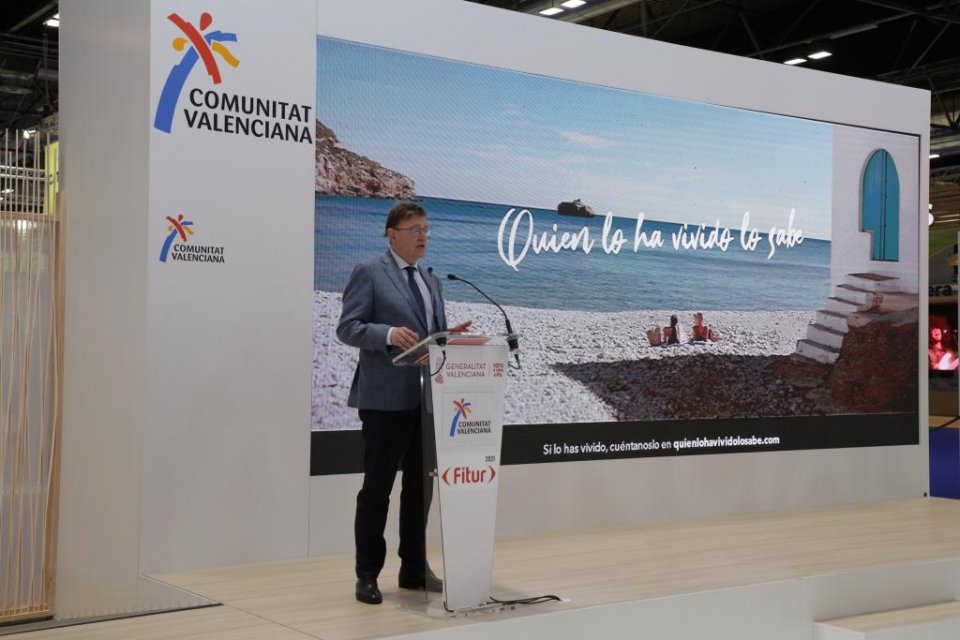 Curfew extended until 1am

The nighttime curfew in the Valencia region has been extended by an hour, meaning that people must be in their homes between 1am and 6am and bars and restaurants must close at 12.30am. The change in restrictions comes into effect tonight (Sunday), and will be in place until Monday 7 June.

Valencia president Ximo Puig announced the changes on Saturday after the region’s High Court gave the green light to the government’s proposal. Now that the State of Alarm has ended, the regional government needs approval from the courts to impose these types of restrictions. However, Puig said that this fortnight would be the last curfew in the region if the epidemiological situation does not change.

Puig explained that the Coronavirus situation had improved significantly, dropping from 40 cases per 100,000 of the population to 29.8 and that hospitalisations had dropped by 54% in the same period.

He also said that 250,000 doses of vaccine would be given this week, that those in their 50s are already being called, and are due to be finished by 15 June, after which time the next group would be those between 40 and 50. In July the plan is to begin vaccinating the over 30s. ALSO READ: Covid-19 Vaccinations in Spain

Under 60s who received a first dose of the AstraZeneca vaccine can opt for a second dose of the same or have the Pfizer jab instead.

Following an inter-regional meeting of the health departments on Wednesday, which was attended by Valencia Health Minister, Ana Barceló, it was decided at a national level that under 60s who had been given a first AstraZeneca jab would now be given Pfizer, due to concerns about possible blood clots among younger people. [ALSO READ: Spanish study shows it is safe to receive a Pfizer jab after AstraZeneca]

However, the Valencian region has announced that people in that group can opt to have a second dose of the AstraZeneca jab, but that they’ll have to sign an informed consent form. The Valencia region carried out mass vaccination of teachers and school staff with AstraZenea during the Easter holidays.

Barceló said: ‘The Valencia region defended our position in the interr-egional council meeting with the aim to offer the best health guarantees to all our citizens.’

Valencia and the Costa Blanca at Fitur

The largest trade show of the travel industry, Fitur, got under way in Madrid this week, and representatives from across the region took part in the world’s first major event of the industry,

Spanish Prime Minister Pedro Sánchez announced a new digital green certificate which would allow people who have been vaccinated or have a recent negative Covid-19 test to travel, as well as announcing the lifting of restrictions between Spain and the UK, Japan and China, something which could be a lifeline for Valencian businesses which rely on UK tourists. Spain is, however, still on the UK’s ‘Amber’ list of countries which means the government advises against all non-essential travel, and quarantine is required for passengers returning to the UK.

Ximo Puig was also in attendance at Fitur where he visited stands and presented Valencia and the Costa Blanca as Europe’s safest tourist destination, given it is the region with the lowest Covid-19 rate across Europe.  He said that the re-opening of movement within the EU would mean that the region would be among those with the biggest growth in the coming months.

Valencia’s tourism minister Francesc Colomer said: ‘During the three days dedicated to the travel industry, the 120 companies located in our stand have been scheduling meetings, following a very complicated year due to the Covid-19 pandemic. Now the stand is prepared to welcome potential visitors [over the weekend].’

The former Spanish queen, Sofía, visited the Valencian region’s food bank in La Pobla de Vallbona on Thursday this week. The aim of the visit was to raise awareness and learn more about the workings and tasks carried out.

The mother of king Felipe VI is no stranger to visiting these types of locations; in the past few weeks she has visited the food banks in Sevilla and La Coruña, having now received both doses of her Covid-19 vaccine.

Valencia offers to take in minors from Ceuta

Valencia’s vice-president and minister for equality, Mónica Oltra, this week said the region would be happy to take in unaccompanied minors who were being cared for in the Spanish enclave of Ceuta, on the north African coast.

The area has been under the spotlight all week following a surge in migrants passing from neighbouring Morocco into the Spanish enclave. You can also read my separate article on the history behind this current crisis here: Why are migrants coming into Ceuta now?

Oltra cited the United Nation’s Convention on the Rights of the Child and said that the region would be willing to take in unaccompanied minors, ‘without knowing the number, yes. Whatever is necessary.’ She also said Valencia would welcome those from other regions like the Canary Islands, Andalucia and Melilla, where people arrive everyday ‘fleeing from horror’.

Meanwhile, groups who support the cause of the Western Saharan people, which is at the root of this week’s surge in migrations into Ceuta, have announced a series of marches across the country, including Valencia, from 2 June. The columns of marchers will arrive in Madrid on 18 June.  The aim of the marches is to show solidarity with the Saharaui people and to ask for a solution to the problem which has seen their territory occupied by Morocco for 46 years while some 200,000 of their people still find themselves living in refugee camps in the Algerian desert.

Valencia mayor, Joan Ribó, said on Friday: ‘We support the claims of the Saharawi people, a people to whom the Spanish state has a responsibility.’ He lamented that this year the Saharawi children, who come to spend the summer in Spain, would not be able to visit, But he said: ‘It is in part because of coronavirus, but also partly because the Sahara finds itself, if not in a situation of war, then in a situation of pre-war.’

Organisers have decided to cancel Alicante’s main festival Las Hogueras, a week after Valencia decided in favour of holding a dumbed down version of its own festival, Las Fallas.

The announcement came on Monday following a survey of the organising associations. Of the 135 associations who replied to the questionnaire, 82.96% were against celebrating Las Hogueras this year, while 17% opted have it between September and December. As for the setting up (La Plantà) of the Official Hoguera, 60% voted against.

Las Hogueras is the main festival which takes place in the province capital between 20 and 24 June for the festival of San Juan.

Alicante mayor, Luis Barcala, explained: ‘The government team concur with the criteria of responsibility and common sense of the event organisers and we accept that from a responsible perspective, painful decisions like this must be taken.’

During 2020 donations of breast milk helped 450 premature or sick babies in Valencia’s hospitals, and despite the pandemic donations didn’t drop.

To mark World Human Milk Donation Day this week (Wednesday 19 May) the region’s milk bank (BLMCV) wanted to thank all the mothers who have donated their milk to help newborns.

Throughout 2020, a total of 993 litres of breast milk was distributed in the region’s hospitals to help babies who most need it, and for the smallest babies it is easier to digest than formula milk.

There are currently 16 milk banks in Spain and 270 throughout Europe.

Anyone who has ever tried breastfeeding, or supported a breastfeeding mother, knows how precious the white stuff is. Personally, I take my hat off to the 318 donor mothers.

The health department is keen to encourage more donors to sign up. Any healthy mother, with well-established breastfeeding and a healthy lifestyle can donate. The selection process is carried out in the main hospitals of each province. La Fe Hospital, Valencia – Tel: 961 245 680, E-mail: bancoleche_dslafe@gva.es; General Hospital, Castellón – Tel: 638 287 874, E-mail: bancoleche_hgucs@gva.es; and the General, Alicante – Tel: 965 913 432, E-mail: cen_neonatos@gva.es.

With the current school year coming to a close, the education department is making oplans for 2021-2022. Speaking on Wednesday at a preliminary meeting, Valencian minister for Education, Vicent Marzà, praised the work of the education community and said that the region has protected schools more than any other by the mass vaccination of teachers and school staff. He said, ‘If the epidemiological situation continues as it is now, all students will be able to have 100% face-to-face classes next year.’

According to government figures, 99.9% of the more than 46,000 classrooms supported by the education department continued with in-person classes in the second week of May. During this time 98.9% of centres also recorded no confined classes and only 20 of the 1,845 educational centres had any incidence at all.

Opinion: Why are migrants coming into Ceuta now?