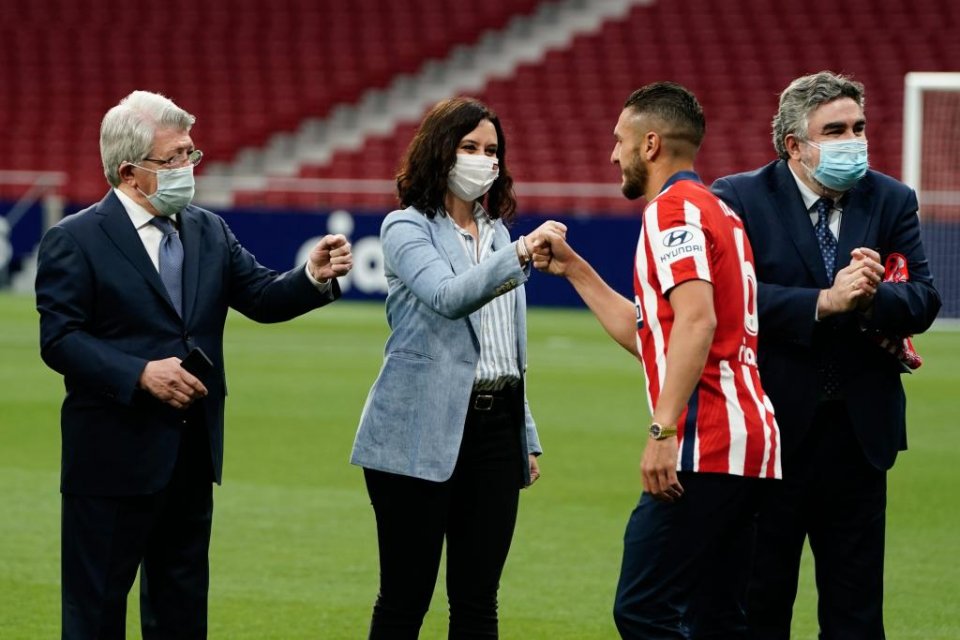 Latest: Coronavirus in Spain figures (28 May)

Fans have been given the go ahead to attend the Spain-Portugal football friendly early next month, the first major professional sports event to be held in Madrid with a live audience since the start of the pandemic in March 2020.

Officials from the health department of Madrid’s regional government announced on Tuesday that about 20,500 fans will be allowed to attend the game on 4 June, to be played at Atlético de Madrid’s Wanda Metropolitano stadium. Normal full capacity at the ground is 68,000.

Safety restrictions will be in place, including the wearing of face masks and different times set for entry to the stadium, along with no smoking, eating or drinking in the stands.

Spain’s Minister for Culture and Sport, José Manuel Rodríguez Uribes, had said earlier this month that fans would be allowed to return to stadiums, at reduced capacities, only in areas with a Covid-19 incidence rate of less than 50 cases per 100,000 inhabitants.

It is not certain that the incidence rate in Madrid will have reduced to that level by 4 June, however health department officials have given the green light for fans to attend to see the national team play in an important warm up match ahead of next month’s European Championships.

Spain’s first match in the Championships is on 14 June against Sweden, with remaining Group matches against Poland on 19 June and Slovakia on 23 June. All of Spain’s group stage matches are being played in Sevilla.

On Monday, Spain’s manager Luis Enrique announced his final squad for the Championships, controversially leaving out Real Madrid’s centre-back Sergio Ramos. It is the first time a national side has not had a Real Madrid player included in the squad at a major tournament.

Fans able to attend the Portugal friendly international on 4 June will be able to see the national side in action for the first time since the start of the pandemic. The last time fans were allowed into Atlético’s stadium was for the La Liga match against Sevilla on 7 March 2020.

ALSO READ: Some fans can return to football stadiums in Spain for season finale

There is no doubt that Spain and Portugal will be among the favorites at the European Championships. I have already bet on them at the bookmaker Betfan.