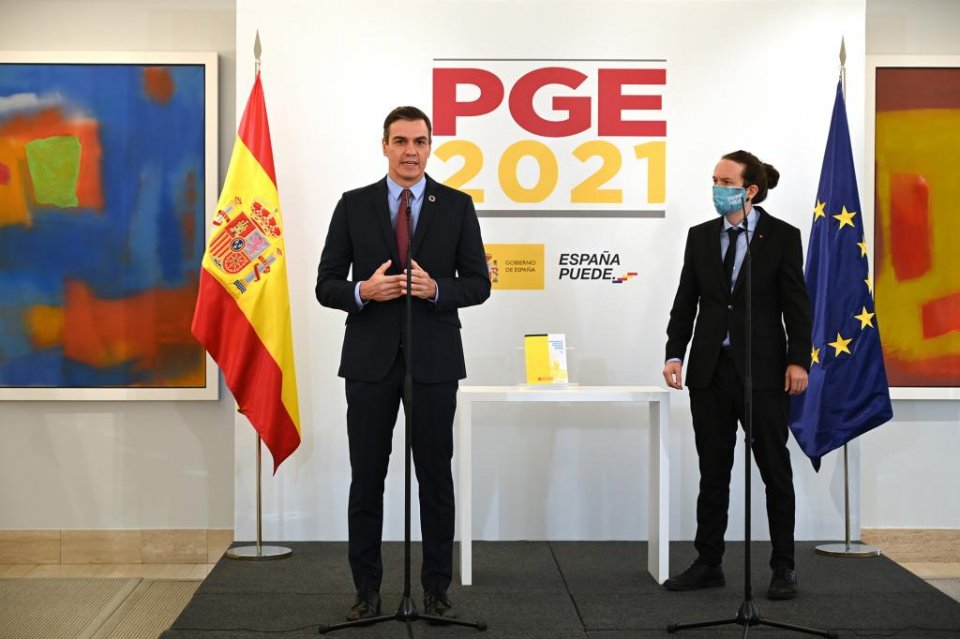 Spain’s left-leaning coalition government presented its 2021 budget plan on Tuesday, with the key points being to raise taxes on corporations and the wealthy in order to fund investment in infrastructure, social care and the health system, as part of its ‘progressive’ agenda.

Spain’s Coronavirus-ravaged economy is expected to fall by an unprecedented 11.2% this year, with tax revenues due to fall by 7.6%. The PSOE–Podemos coalition government led by Prime Minister Pedro Sánchez aims to bolster revenues by 6.8 billion euros with its 2021 budget.

‘This budget cannot be postponed. This budget is essential for the modernisation and recovery of our economy,’ Sánchez said.

Public spending will be 10% higher than in 2020 under the draft budget, to include 27 billion euros from a massive European Union Coronavirus recovery plan agreed in July, Sánchez revealed. The amount of money allocated to public spending is ‘the most ambitious in our democratic history’, he said.

‘This is a progressive budget,’ said Sánchez. ‘It is exceptional due to the situation and because of the amount of public investment involved.’ He explained that the first goal was to rebuild what the Coronavirus crisis has taken away from the economy, the second ‘to modernise our productive model’, and the third ‘to shore up our welfare state’.

The draft 2021 budget calls for higher corporate taxes on big companies, a raise in the income tax on high earners, and a hike in IVA (VAT) on sugary drinks.

The 2% increase on income tax for high-earners will only apply to those making more than €300,000 a year, up from an initial threshold of €130,000. It is estimated that it will apply to 0.17% of taxpayers, although deputy prime minister and Podemos leader Pablo Iglesias presented the increase as a first step to further reforms.

Higher corporate taxes are expected to affect just 0.12% of Spain’s companies yet yield 1.52 billion euros. ‘Those who have more will contribute more,’ Iglesias said.

‘We are inaugurating a new stage in Spain’s economic policy, which definitely leaves behind the neo-liberal stage of austerity and budget cuts,’ added Iglesias.

The overall 2021 budget plan contains a record public investment of nearly €239.8 billion. The government wants to double infrastructure spending to 11.5 billion euros and increase civil servants’ wages and pensions by 0.9%, in line with projected inflation.

The budget will need to be approved by the Spanish Congress where the PSOE socialist party and left-wing Podemos group have a total of 155 seats out of the 350-seat chamber (120 PSOE and 35 Podemos – the latter being an alliance between Podemos and the United Left (IU) party).

If the minority government can get sufficient support, it could pass Spain’s first budget since 2018, and the first full-year budget since 2016. In other years, budgets have been rolled over from year to year, for lack of a majority. If successful, the bill could come into force by the end of January.