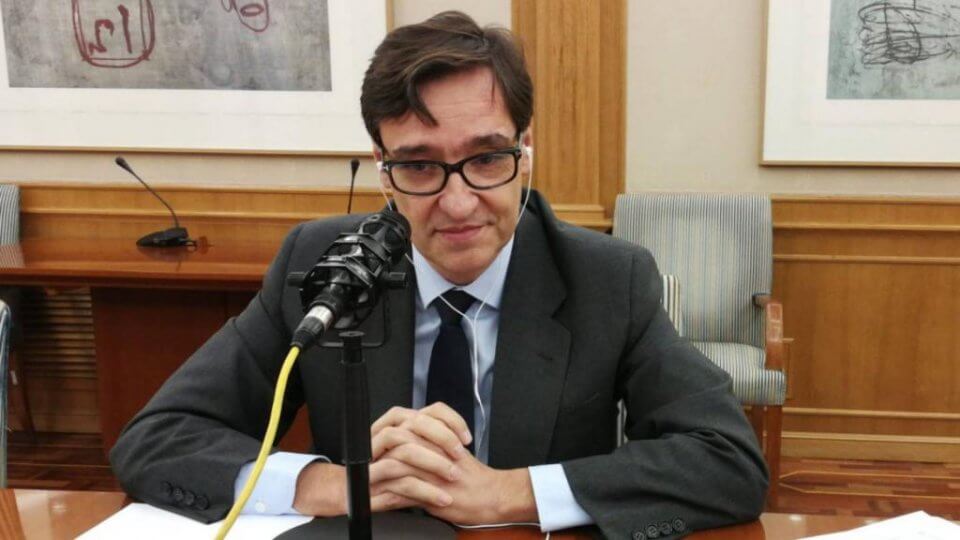 Spain’s Health Minister Salvador Illa has ruled out another national lockdown, as was put in place in mid-March at the start of the Coronavirus crisis. He has also said that a ‘perimeter lockdown’ of Madrid was not viable, despite the increase of confirmed infections in the region.

Speaking on the Aquí Cuní programme on SER Catalunya radio on Thursday, Illa said that, ‘A perimeter confinement in Madrid is not appropriate. Measures to contain the virus [in cities such as Madrid and Barcelona] must be very well thought out and the right job is being done everywhere.’

Illa was also responding to comments made by Emiliano García-Page, the regional president of Castilla-La Mancha region, who had said earlier this week that 80% of the infections in his region had come from the ‘radioactive viral bomb that went off in Madrid’.

The comments made by García-Page drew criticism from Madrid, and come amidst ‘finger-pointing’ between some regions as to the ability to control outbreaks in their areas.

‘It is not appropriate or necessary to apply widespread measures,’ Illa said during the radio interview, when asked whether another national lockdown would be required. ‘Measures must be taken [at regional level],’ he said, ‘but no-one should take it as signalling blame’.

Spain had originally commenced its national lockdown under the country’s ‘state of alarm’ for two weeks from 14 March, with measures that confined everyone to their homes apart from leaving to purchase food or medication, or to go to their place of work only if they could not perform their duties from home.

After three months under a ‘state of alarm’ (since 14 March), Spain entered its ‘New Normality’ phase on Monday 22 June, following on from the government’s four phased plan to relax the country’s lockdown restrictions.

On 25 August, Spanish Prime Minister Pedro Sánchez announced the possibility of ‘regional state of alarms’ in Spain for those regions that require it in order to combat Coronavirus.