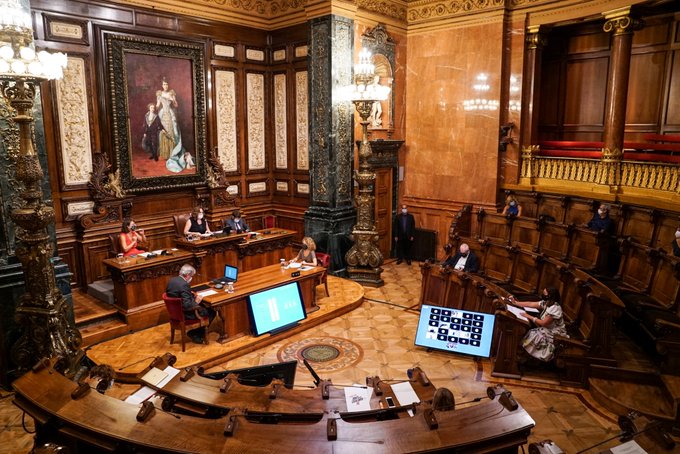 Barcelona City Council has voted to withdraw the Gold Medal top honour that was awarded to Spain’s former king Juan Carlos I back in 1992, the year of the Olympics in Barcelona.

In an extraordinary session on Thursday, city councillors also voted to withdraw any other honour given to the ex-monarch – and registered a formal criticism of the Spanish government for its alleged role in helping to organise the departure of the former king from Spain.

However, only the Catalan pro-independence parties, Junts per Catalunya (JxCat) and Esquerra Republicana (ERC), voted in favour of withdrawing the award.

Back in July, Colau had called the Spanish monarchy ‘corrupt’ and had called for a referendum to remove the monarchy and install a republic. Her Barcelona en Comú party is linked to the Podemos group, currently the coalition partner of the PSOE-led Spanish government.

The mayor said that they had abstained because the motion included officially condemning the Spanish government for collaborating in enabling former king Juan Carlos to leave Spain.

Juan Carlos I is under investigation by the Supreme Court for allegedly receiving commissions in exchange for interceding that a Spanish consortium won a contract to build a high-speed train link to the city of Mecca, in Saudi Arabia.

As the corruption-ridden legacy of king emeritus Juan Carlos I continues to haunt the Spanish monarchy, calls to strip the crown of its constitutional inviolability have grown louder.

ALSO READ (17/3/20): Financial affairs of former king will not be investigated by Spanish Congress