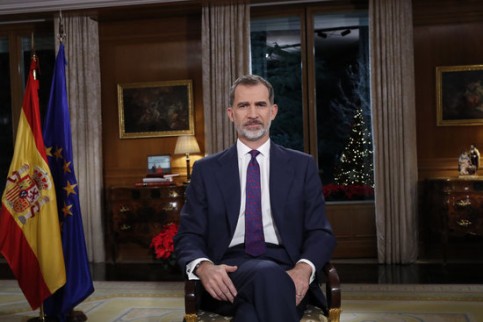 Spain’s Constitutional Court has overturned a resolution passed in March by the Catalan Parliament to set up a committee to investigate the Spanish monarchy and its alleged ‘criminal activities’.

The high court upheld the appeal to overturn the resolution lodged by the Spanish government, on the grounds that the Catalan Parliament does not have the powers to assess matters relating to the crown.

The resolution was passed on 7 March with the votes of the pro-independence Junts per Catalunya (JxCat), Esquerra Republicana (ERC) and CUP parties along with left-wing Catalunya en Comú–Podem, but it was opposed by the chamber’s unionist parties, the Catalan Socialists (PSC), the People’s Party (PP), and Ciudadanos (Cs).

The committee was to ‘investigate the criminal or irregular activities of people linked to the Royal Family,’ including allegations that King Felipe VI pressured banks and large firms to move their HQs outside Catalonia after the 2017 independence referendum.

The central government in Madrid quickly challenged the resolution in the Constitutional Court, which suspended it on 26 March whilst it considered the appeal and made the final ruling announced on Wednesday.