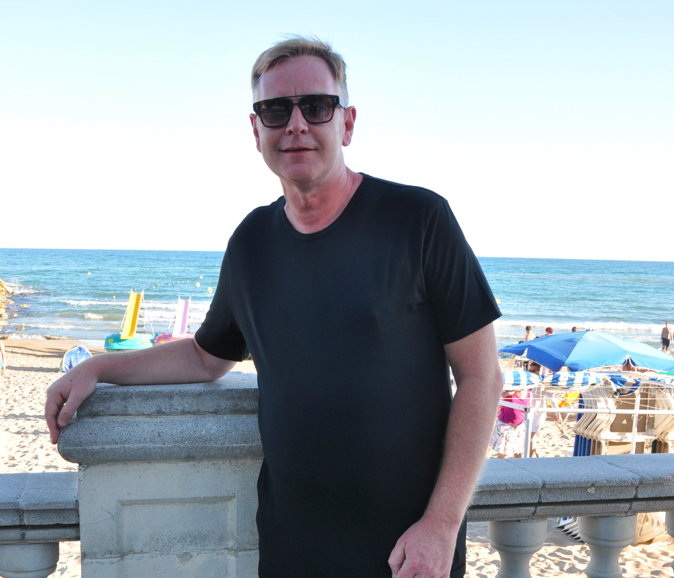 Andy Fletcher, the keyboard player of Depeche Mode who sadly died on Thursday, had a second home in Sitges and used to spend a great deal of time in the town. He was also often seen at the Tres Quarts Bar, especially if his favourite team Chelsea were playing.

Late on Thursday the band issued a statement to announce that they were ‘shocked and filled with overwhelming sadness with the untimely passing of our dear friend, family member, and bandmate’.

In the statement posted on social media, the band said: ‘Fletch had a true heart of gold and was always there when you needed support, a lively conversation, a good laugh or a cold pint.’

‘Our hearts are with his family,’ the band added.

Fletcher, who was 60, was a founding member of Depeche Mode which found success with their dark electronic sound with hits including Personal Jesus. The band had chart success in the 1980s and 1990s with singles including New Life, Enjoy the Silence and Just Can’t Get Enough.

The group was founded in Basildon in 1980 and was inducted into the Rock and Roll Hall of Fame two years ago.

Fletcher, who was born in Nottingham, remained with the band throughout its four-decade history, which included two number one albums, Ultra and Songs of Faith and Devotion.

His last studio album with the band was 2017’s Spirit, their 14th, which reached number five in the UK albums chart.

In an interview posted on a Depeche Mode community site, Fletcher said that he first discovered Sitges after the band had played a concert in Barcelona in the 1980s. He said the day after the concert they all came to Sitges for drinks and he fell in love with it. He explained that his family wanted a place for the summer or the whole year, and Sitges being close to the airport was a ‘big plus’ with all the travelling he was doing with the band.

Local Sitges resident Steve Maule, also a Tres Quarts regular, said: ‘Andy was a quiet, unassuming sort of guy, but when you got chatting to him he was quite open to talk about anything, but in particular about his favourite football club, Chelsea.’

Andy Fletcher leaves behind his wife Grainne, to whom he was married for almost 30 years, and two children, Megan and Joe.