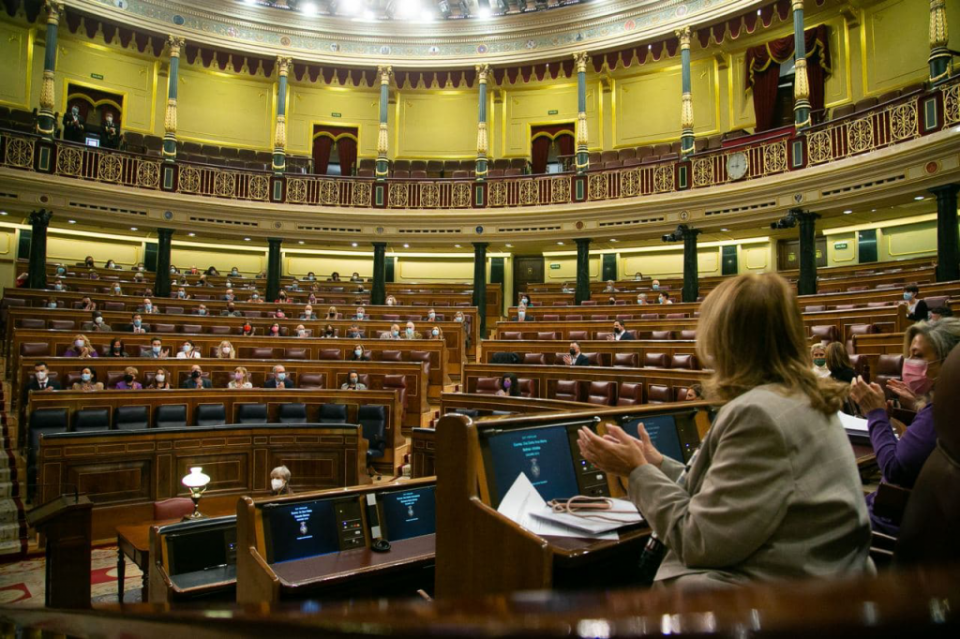 Spain’s 2022 Budget Bill has been approved by Congress, after a deal was struck earlier this week between the PSOE–Podemos coalition government and Catalan’s largest pro-independence party, the Esquerra Republicana (ERC). This ensured that there were enough votes cast to gain approval for the budget plans.

It is the biggest budget in Spain’s history and includes 27 billion euros from the EU recovery funds.

The deal with ERC related to agreeing a 6% quota for Catalan, Basque and Galician language programming on streaming platforms. An additional 10.5 million euros has also been allocated to promote the creation of audiovisual content in these languages.

The agreement will see the audiovisual law forcing streaming platforms, including Netflix, HBO and Amazon Prime, to offer European productions in 30% of their content, which must have at least half of these in languages spoken in Spain.

The approval allows Pedro Sánchez’s executive to carry out its second budget plan.

There was also an agreement reached about other public investment, with Catalonia having its share of overall expenditure increased from 17.2% to 19% of the total budget, in line with its contribution to Spain’s GDP.

Other highlights from the budget include the allocations to Andalusia, one of the largest regions in the south of the country, receiving 17.7% of the total budget. The Valencia region will receive 9.3% and Madrid 8.8%.

Some details of the budget had been announced last month, including the 400 euro ‘culture vouchers‘ to be offered to people turning 18 to spend in the culture sectors, including on books and tickets for concerts and theatres.

Young people were also supported by the plans announced to give a monthly housing grant of 250 euros for young people aged between 18 and 35, with an annual income of less than 23,725 euros.

With ERC’s support this week, the government had guaranteed enough votes to approve the budget. The approval of the government’s budget is seen as an important test of support for the coalition government, led by Prime Minister Pedro Sánchez.

It was considered that a failure to pass the Budget could have triggered an early general election before Sánchez sees out the remainder of his term.

Speaking to The Financial Times about the approval process this week, Máriam Martínez-Bascuñán, a political scientist at the Autonomous University of Madrid, said that the budget had become a ‘bazaar’ and that ‘everything is up for auction, rather than a negotiation based on the economic crisis caused by Covid or how to manage the [EU] funds’.

The use of the EU recovery funds is a significant part of the budget and the government’s strategy to support economic recovery.

Spain is currently regarded as being behind other European countries in its economic recovery so far, and this week’s approval of the budget will be considered a step in the right direction to move forward more quickly with investment plans to turn economic fortunes around.