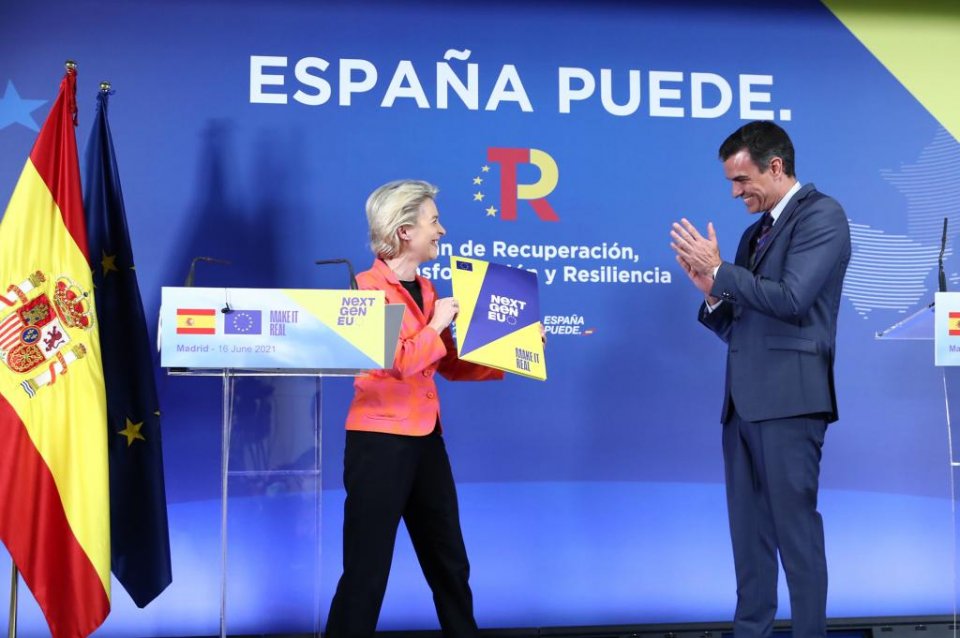 Spain on Tuesday received its first tranche of €9 billion from the EU Recovery Fund set up to help the bloc recover from the Covid pandemic and make its economy greener and more digitalised.

The €9 billion to Spain is ‘pre-financing, equivalent to 13% of the country’s financial allocation under the Recovery and Resilience Facility (RRF)’, the European Commission said in a statement. ‘The pre-financing payment will help to kick-start the implementation of the crucial investment and reform measures outlined in Spain’s recovery and resilience plan.’

The RRF will disburse the entire funding over the period 2021–2026. A total of €672.5 billion will support investments and reforms across the whole of the EU, with Spain receiving the second largest amount of funding, behind Italy. The country is actually set to receive €140 billion over the period 2021-2026 – half in grants (€69.5 billion) and half in loans, after the entire EU’s economy buckled under lockdown restrictions, job losses and reduced consumer spending.

The EU Commission will authorise further disbursements to Spain based on the implementation of the investments and reforms outlined in the country’s recovery and resilience plan.

‘The Spanish plan is part of the unprecedented EU response to emerge stronger from the Covid-19 crisis, fostering the green and digital transitions and strengthening resilience and cohesion in our societies,’ the EU’s statement read.

‘The RRF in Spain finances investments and reforms that are expected to have a deeply transformative effect on Spain’s economy and society,’ it said, listing some of the projects:

European Commission President Ursula von der Leyen said in a statement: ‘Today’s disbursement is a decisive moment for Spain and its people, kicking off the implementation of the recovery and resilience plan. This plan was “made in Spain” to emerge stronger from the crisis and invest in a sustainable and more digital recovery. I am convinced that Spain’s ambitious plan will provide a crucial push for the European Green Deal to become a reality, it will further digitalise the economy and it will make Spain more resilient than ever. We stand ready to support you in each step of the way.’

Spanish Prime Minister Pedro Sánchez tweeted: ‘The EU Commission has already delivered to Spain the first 9 billion euros for the pre-financing of the Recovery Plan. We continue to advance towards a greener, more digital, feminist and cohesive country, launching the great transformations that our economy needs.’