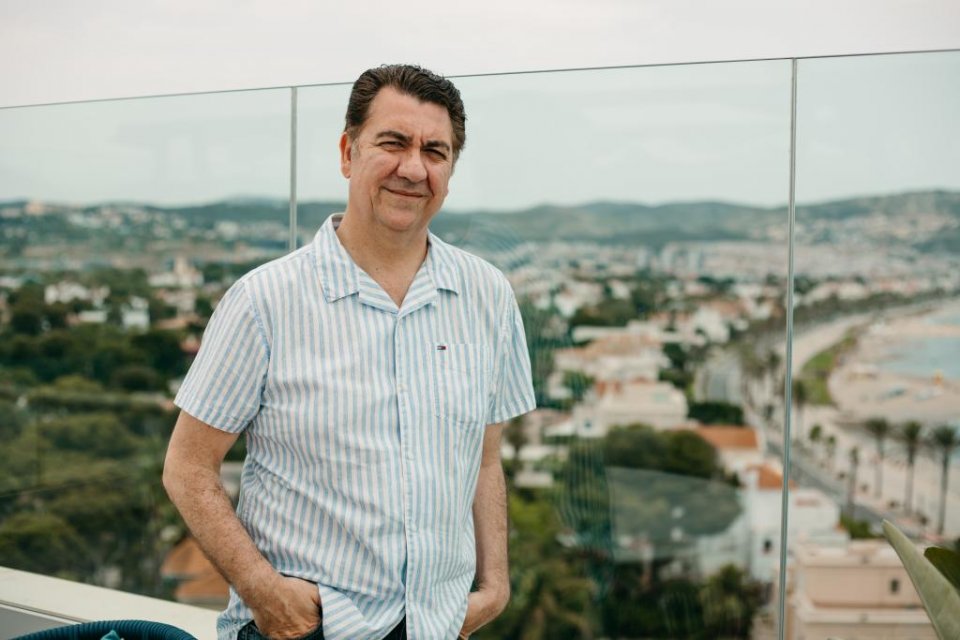 The Sitges Terramar Festival is back, from 29 July to 13 August, after being cancelled last year due to the pandemic. We asked Joan Ramon Rodríguez, co-director of the festival, how preparations are going.

Firstly, tell us about your professional career …

I’ve been in the music industry for 30 years. I started at record companies like BMG Ariola, DRO Warner, Max Music and Vale Music. In 2002 I decided to change course and accepted the position of director of the office of Operación Triunfo [Spain’s music reality show] and have stayed between the world of management and concert production to this day.

How did the Terramar Festival start? Are you from Sitges?

I’m not from Sitges, but since I was little I have spent summers in the Garraf. The company that produces the festival is Terra Music & Events. The festival began in 2017 due to the possibility of holding it in a unique space with a lot of history. This space, together with the restoration of both the Terramar Gardens and the opening of a new hotel – made us realise that it had all the ingredients to put on a festival that would be very different from elsewhere in the province.

Cancelling the festival last year due to the pandemic, has it been very difficult to organise this year?

It was a huge blow to have to cancel the 2020 festival. And it has been very hard and stressful to organise this year’s festival, because until the beginning of March 2021 we could not get to work until we had the minimum conditions and guarantees to be able to do it.

What special health measures have you had to implement for this year?

Firstly, temperature checks will be carried out at the entrance, and there will also many hydro-alcoholic gel dispensers. In the auditorium itself, the overall capacity allowed is 50%, meaning 1,100 tickets for each concert. All seats are pre-assigned, and seats to the left and right are blocked. Face masks are required in the auditorium, and also in the Village area if you are not eating and drinking. No eating or drinking is allowed in the auditorium. In the Village, we also have a large seating area within the gardens and the distance between tables will be at least 1.5m.

Will there still be a ‘pop-up’ of stands this year?

Unfortunately, there will be no ‘pop-up’ in 2021. It was a difficult decision to make after the success of 2019 but we believe that it has to be done this way. We are already working so that in 2022 we return and improve upon what we experienced in 2019.

How are ticket sales going this year? Any concerts sold out?

The sales are going well. We have already sold out the concert of Orozco and in a few days we will have more concerts selling out. Fangoria, God Save The Queen, El Barrio and Sopa de Cabra are nearly sold out.

Has it been more difficult to organise without international stars?

It has been more complicated because all the festivals have focused on national acts and it has caused a conflict of interest in many cases. Normally, international acts are closed more in advance (minimum a year) and with exclusive conditions for the area – but that has not been possible to do with national acts. Also, the sale of tickets in previous years has always been very good for the international artists, and with more than 20% of the audience also being international.

Post-pandemic, what international stars would you like to attract to Sitges?

We have a very wide list of international artists that we would like to see at the Sitges Terramar Festival. The Pet Shop Boys, Simple Minds, Simply Red and Sting are just some of them.

Where does your audience come from?

40% of our audience comes from Barcelona, 20% from the Garraf (including Sitges), 20% from across the rest of Spain, and normally 20% international.

How big can the Terramar Festival become?

We are very happy with the progress of the first three festivals (2017-2019). There is a lot of work to do yet. We are a festival that cannot grow more in the number of concerts and audience size, so we have to improve year after year in the quality of the event – but that does not mean making it elitist. We want the festival to become a social event in the area and for people to have it as their own and be proud of having a local festival of this magnitude.

Full line-up for the Terramar Festival: