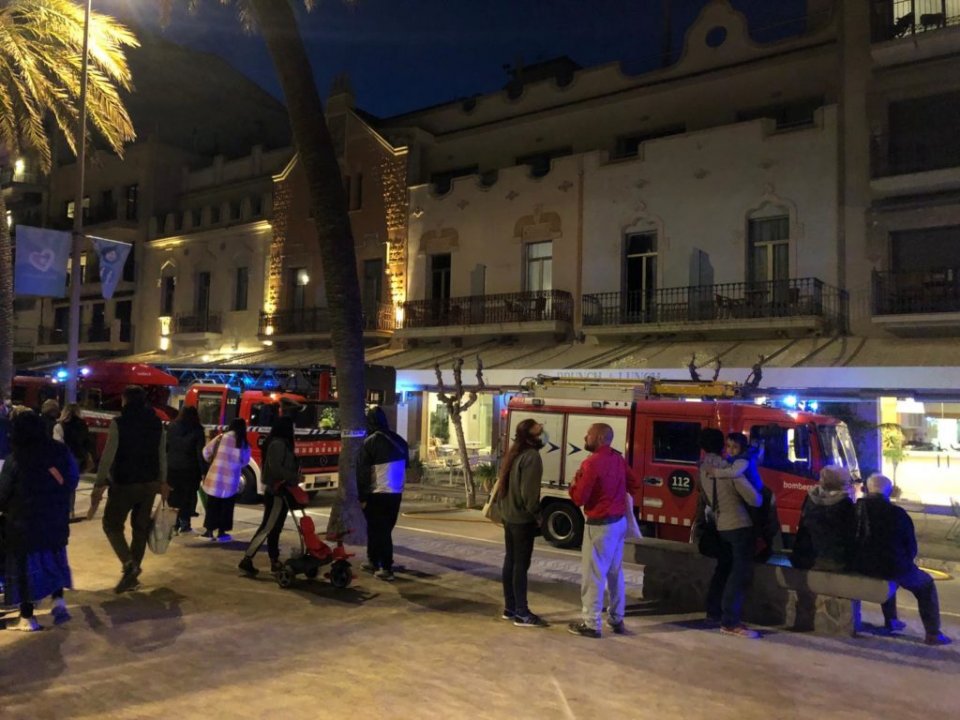 A fire broke out at the Hotel Kalma in Sitges on Tuesday at 8.25pm, causing damage to the kitchen. Fortunately there were no injuries nor damage to the structure of the hotel located at Passeig de la Ribera 65.

The small fire was quickly brought under control by the four teams of firefighters who attended the scene and, as a precaution, the nearly 40 customers at the establishment were evacuated. Four neighbours were also evacuated from the building next door. All had to wait until the fire was completely extinguished to return to their rooms. The Sitges local police and the Mossos d’Esquadra also arrived at the incident. The fire generated a column of smoke that was seen from various parts of the town.

However, this was not the only fire of the night in Sitges, as an hour later another one broke out inside a house on Carrer Antoni Gaudí. This time the fire occurred in a kitchen hood, causing a hand injury to the owner of the property, who was transferred to the Sant Camil Hospital after being first attended to by a SEM ambulance crew. The injury has been reported as mild – and the fire was extinguished without further consequences. Three of the four fire engines that had traveled to La Ribera fire also took part in the operation.

Four dolphin pups seen on the shoreline of Garraf this summer