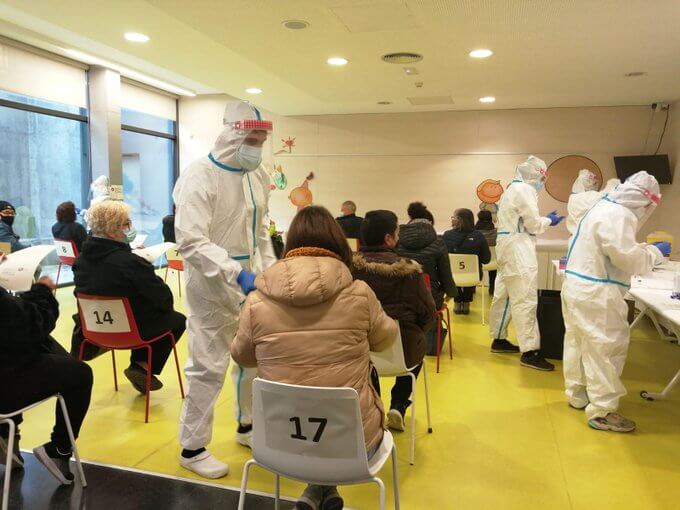 The latest official figure* released by the Spanish Health Ministry on Thursday 10 December for the number of people who have tested positive for Coronavirus (Covid-19) since the start of the pandemic is now 1,720,056. This is an overall increase of 7,955 against the figure released on Wednesday. The ministry claims that 4,595 of these infections have occurred in the past 24 hours (last Thursday the figure had been 4,765 for a 24 hour period).

The official figure* for the total number of Coronavirus-related deaths on Thursday 10 December is now 47,344 – an increase of 325 since Wednesday. Last Thursday’s data had shown 254 in 24 hours. It is now a total of 765 deaths in the past 7 days.

Figures released on Wednesday had shown an overall increase of 9,773 infections over Monday (no updates were given on Tuesday due to the public holiday across Spain). The ministry claimed that 2,305 new cases had occurred in a 24-hour period.

Monday had seen an overall increase of 17,681 infections over Friday, yet 1,800 in a 24-hour period. The ministry has not been updating its figures during the weekends since Friday 3 July.

Of the 4,595 new infections claimed by the Health Ministry to have only been registered in the past 24 hours on Thursday 10 December, the numbers per region are as follows:

Spain has changed the Covid-19 test requirements for travellers arriving to the country from today [Thursday 10 December] via airports or ports. Since Monday 23 November, travellers arriving in Spain from high-risk countries have had to show proof of a negative PCR test done within 72 hours of arrival. Failure to do so could result in a fine of up to €6,000. However, a negative result from a TMA (Transcription-Mediated Amplification test) is now also valid, ‘and other tests based on equivalent molecular techniques’. Spain has also removed the obligation to present any negative test for children under the age of six. Full report here: Spain changes Covid-19 test requirements for travellers.