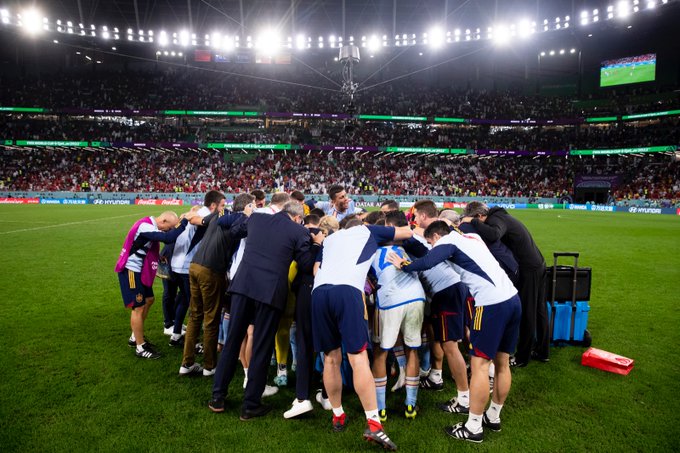 Morocco have beaten Spain on penalties in the FIFA World Cup to secure their place in the quarter finals.

The game was still 0-0 after extra time minutes.

Morocco advance to the quarter finals for the first time, after winning 3-0 in the penalty shootout.

Pablo Sarabia, Carlos Soler and Sergio Busquets missed their penalties for Spain, with Sarabia hitting the post and Morocco goalkeeper Yassine Bounou stopping the other two.

Spain were knocked by host Russia in a penalty shootout at the 2018 World Cup, and by Italy in the semi-finals of last year’s European Championship.

It was the fifth straight time Spain played extra time in a knockout round of a major tournament. The team played 120 minutes against Russia and in all three of its knockout games at Euro 2020.

Morocco has been the biggest surprise of the tournament and will next face either Portugal or Switzerland.

Morocco is the only team from outside Europe or South America to make it to the last eight. It is the only Arab — and African — nation left in the tournament.

ALSO READ: Spain lose 2-1 to Japan, but both teams progress to last 16 of World Cup.