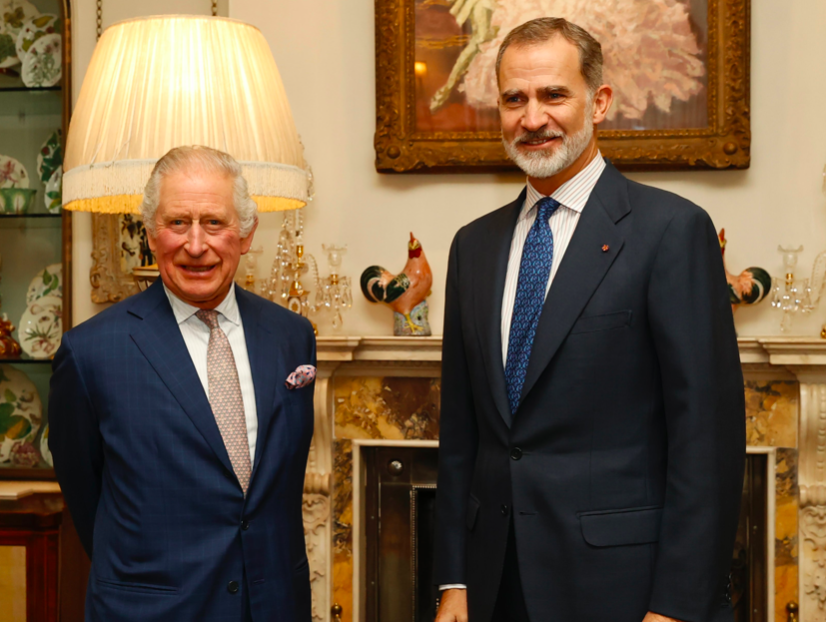 According to Spanish online newspaper El Diario.es, the Spanish monarch will be the only European royal attending any group stage matches at the tournament.

Sky News reported that William, Prince of Wales, is not planning to attend any matches in Qatar ‘due to a busy winter schedule’, although he hasn’t ruled out attending if England qualify for the final stages.

The Danish Royal House announced that Prince Frederick will follow the team ‘from home’. The Dutch embassy in Spain said that King Willem-Alexander will not be present in any group stage match either, but he does not rule out travelling to Qatar if his team progresses and advances to the following phases.

Spain’s King Felipe VI was on a private visit to London on Monday for an event at the Spanish Chamber of Commerce in the UK. He also met with with King Charles III (see main image and Tweet below).

Wealthy Qatar has faced criticism ever since it was awarded the tournament in 2010. Bribery and corruption allegations dogged the bidding process, and the country where migrant workers and foreigners make up the majority of the 2.8 million population has come under severe scrutiny from human rights groups over the migrant issue in the run-up to the tournament, as well as its rights restrictions on women and the LGBTQ community.

The presence of top government representatives at the tournament which kicked off on Sunday has been the subject of fierce debate in several European nations.

Gerardo Pisarello, an MP with the Podemos group, told a news conference that it was ‘unfortunate’ to hear the Royal household announce the king would travel to Qatar without ‘making any critical objections about what is happening there’.

‘We have certainly never had a football World Cup raising so many questions about human rights abuses since the 1978 World Cup in Argentina,’ which was organised under a military dictatorship, he added. ‘Football should be more of a sport and not the obscene and unscrupulous business that FIFA has turned it into.’

Podemos has long been critical of the monarchy, which it would like to see abolished.

Arab leaders dominated the list of world leaders who attended the opening ceremony on Sunday.

Dubai ruler Sheikh Mohammed bin Rashid Al Maktoum and the presidents of Egypt and Algeria, as well as the United Nations Secretary-General, Antonio Guterres, were also in attendance at the glittering ceremony to open the first World Cup in the Middle East.

US Secretary of State Antony Blinken attended the USA v Wales match on Monday, on day two of the most controversial World Cup in decades. He reportedly also held talks with Qatari leaders.