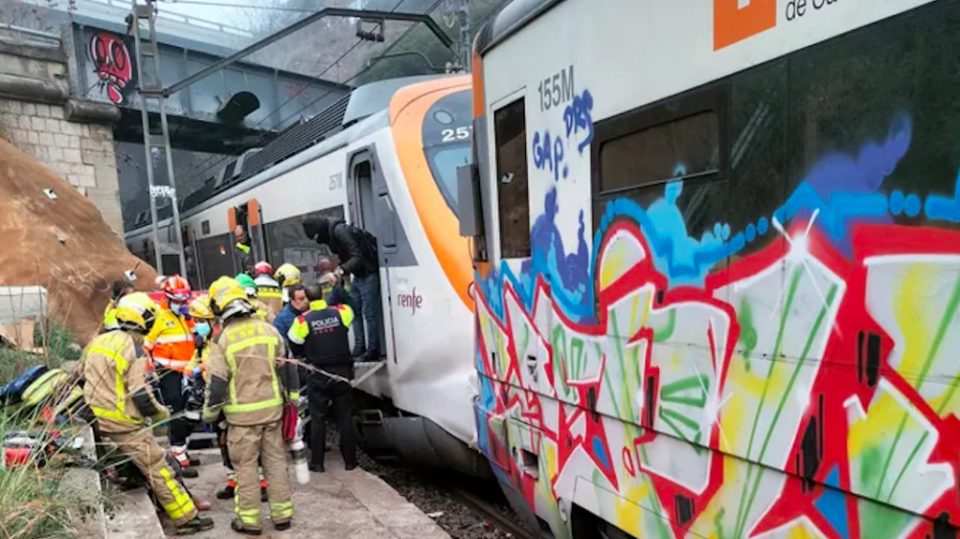 Around 155 people have been injured, after two trains collided at a station just north of Barcelona on Wednesday morning. Most have incurred ‘light injuries’, according to initial reports.

The incident occurred at the Montcada i Reixac Manresa station, part of the Rodalies commuter train network, at around 7.50am.

Emergency services for Catalonia said that three people were taken to medical centres, but that none of the passengers was considered seriously hurt. No further details on the nature of the injuries were given by officials.

The Rodalies R4, R7, and R12 routes were temporarily affected in both directions as a result of the collision.

18 ambulances were sent to the scene to attend to those who were injured. Seven firefighter crews were also sent to help with the evacuation of the trains, which has now been completed. Firefighters said that no passengers had been trapped.

Ester Capella, the Catalan government’s representative in Madrid, told Spanish National Radio that officials were studying the cause of the incident.

We will update this report as further details emerge.

“officials were studying the cause of the incident.

We will update this report as further details emerge.”