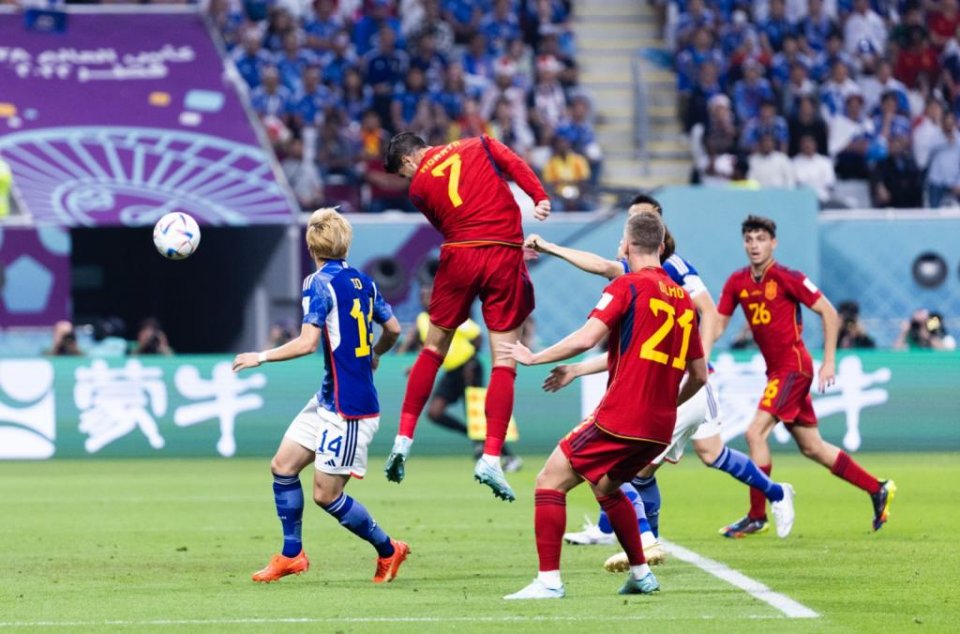 Spain lost 2-1 to Japan in their final group match at the FIFA World Cup in Qatar on Thursday, but still progress to the last 16, together with their opponents, after Costa Rica lost to Germany in the other group match.

Japan scored twice early in the second half to come from behind to win, with Ao Tanaka scoring the winning goal from close range. It took about two minutes for video review officials to confirm the ball hadn’t gone out of play before the goal.

Japan’s triumph after also beating Germany in their opening game, and their progression from the ‘group of death’, is now one of the greatest achievements in the country’s footballing history.

Álvaro Morata had scored first for Spain on Thursday evening in the 11th minute at Khalifa International Stadium, but Japan rallied after halftime. Ritsu Doan equalised in the 48th with a left-footed shot from outside the box, and Tanaka added the second one three minutes later.

Germany was eliminated from the tournament even with a 4-2 win over Costa Rica in the other Group E match. A victory by Costa Rica would have eliminated Spain. During 12 anxious minutes for Spanish fans during their team’s last game in the group, the scores of both matches would have left them being eliminated.

Spain and Germany ended on four points each, but La Roja progressed on goal difference, helped by the team’s 7-0 defeat of Costa Rica.

Spain face Morocco in the last 16, while Japan play Croatia.